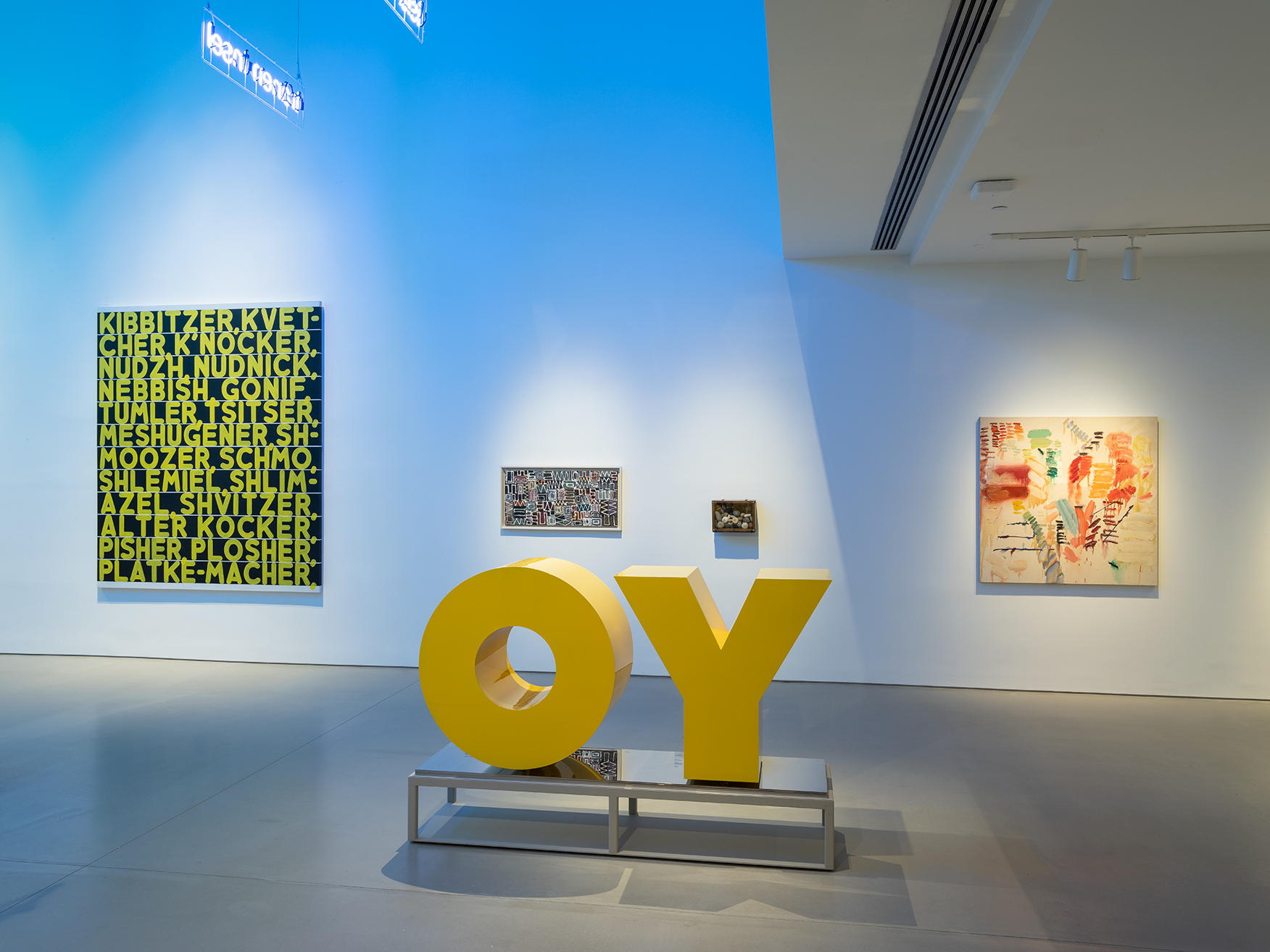 A view of “OY/YO,” an aluminum sculpture by Deborah Kass featured in the Jewish Museum’s new exhibition of its permanent collection. Jewish Museum.

A banner identifies the building at the corner of Fifth Avenue and 92nd Street—in one of the world’s most prominent neighborhoods for art—as the city’s venerable, 115-year-old Jewish Museum. Its collection of about 30,000 objects makes this among the most important such institutions anywhere and, according to its website, one of the oldest remaining Jewish museums in the world. Downstairs, at the museum’s outlet of Russ & Daughters café, customers devouring the herring, knishes, and blintzes are assured that everything on the—also venerable—menu is under kosher supervision.