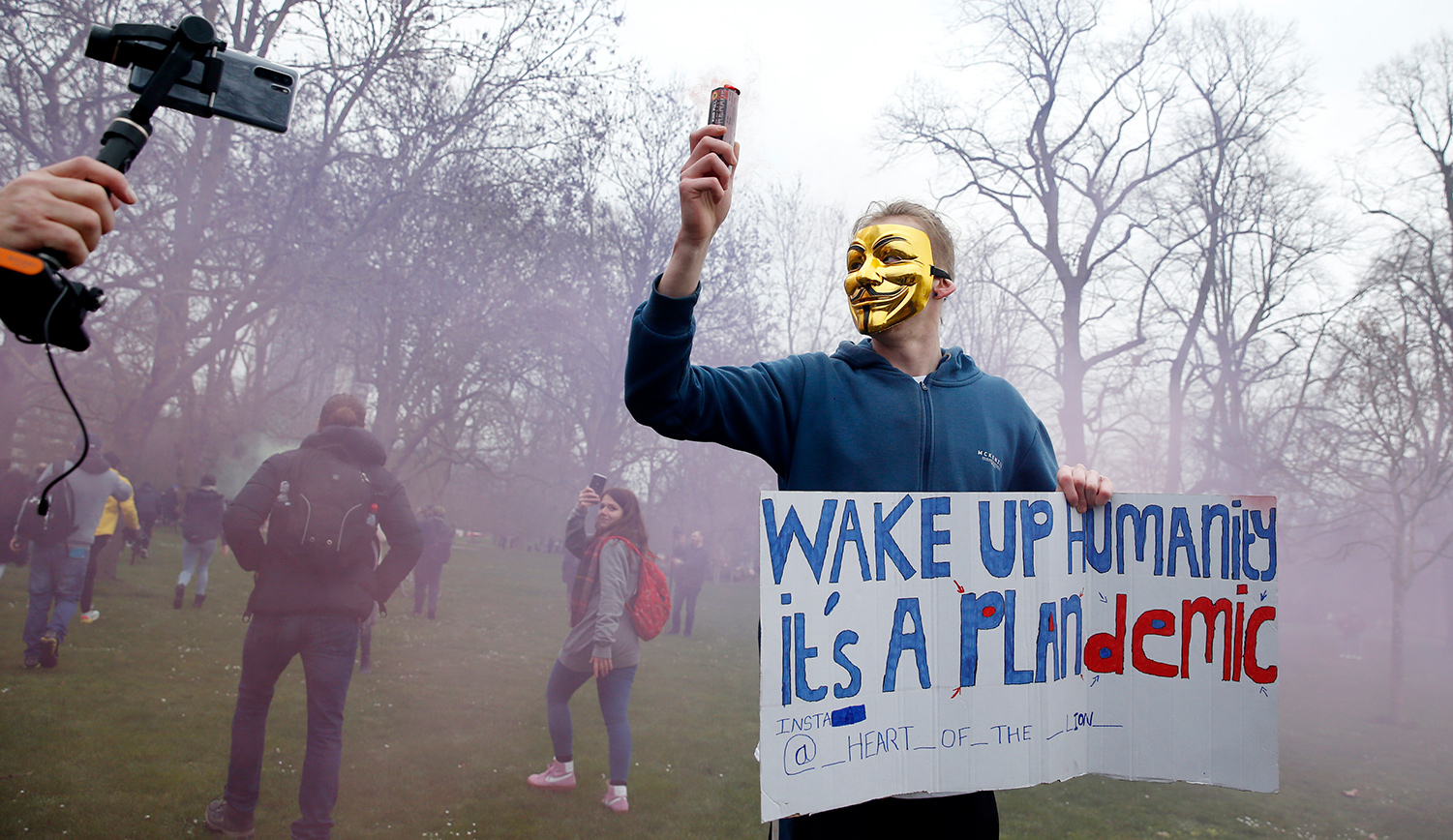 A protester on March 20, 2021 in London. Hollie Adams/Getty Images.

It is an image both grand and subtly comical: the man lies stunned on the ground onto which he has just been flung, head and torso thrust toward the viewer, arms thrown out in an ambiguous gesture as if he were trying either to embrace something or to ward it off. His face and body are starkly illuminated, his eyes shut vainly against the light. Above him stand a horse and an older man, who tends to the animal, seemingly oblivious to his fallen companion. The horse, its leg half-raised, glances toward the ground with an expression that might be annoyance.