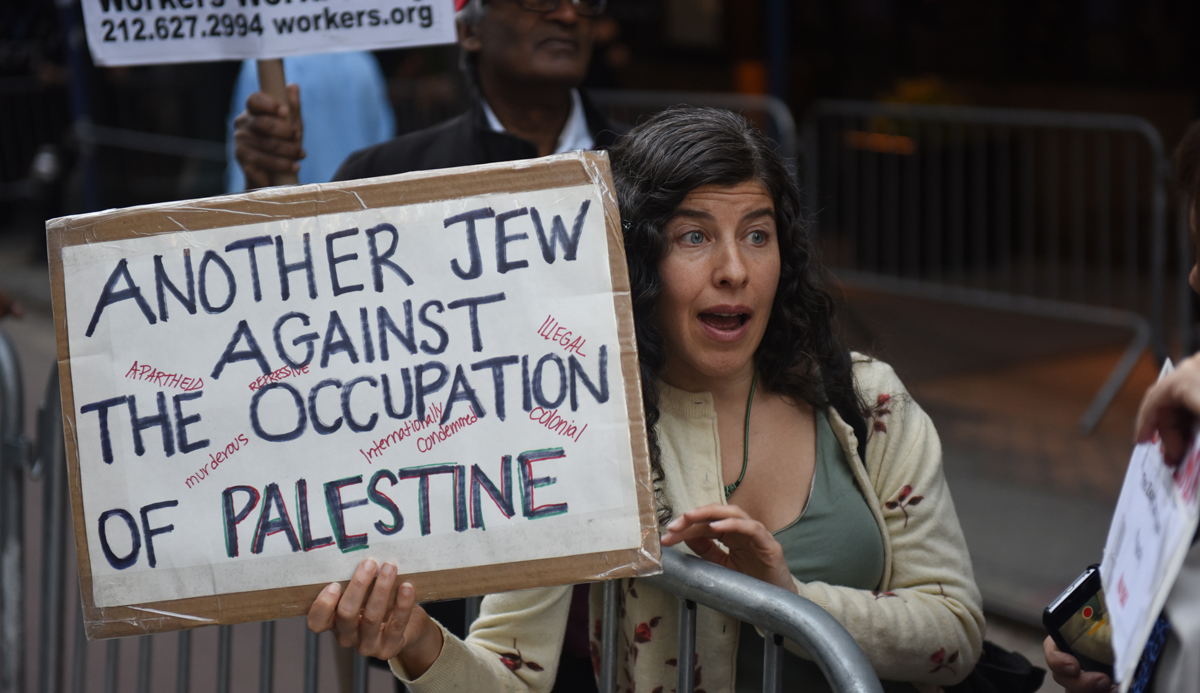 A Jewish anti-Israel demonstrator in New York City in 2014. Andy Katz/Pacific Press/LightRocket via Getty Images.
Everyone knows that American Jews and Israel are drifting apart—and everyone is confident of the reasons why. Israel, it is said, has become increasingly nationalistic and right-wing; “the occupation” violates liberal values; and the American Jewish “establishment,” with its old familiar defense organizations and their old familiar apologetics, has lost touch with young American Jews who are put off by outdated Zionist slogans and hoary appeals for communal solidarity. In brief, the fundamental problem resides in the nature of the Israeli polity and the policies of the Israeli government, which together account for the growing misfit between Israelis and their American Jewish cousins.