French Jews are emigrating to Israel by the tens of thousands. Their departure isn’t just about them; it’s about the end of the French idea. 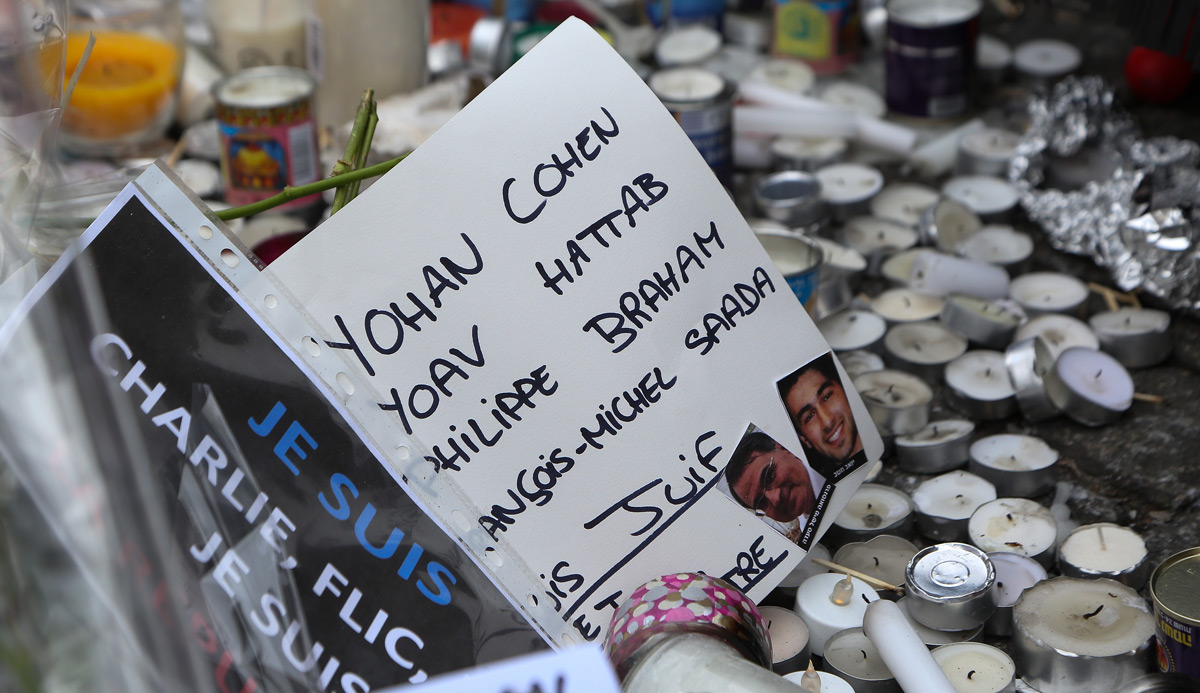 Tributes to those killed in the terrorist attack on the HyperCacher kosher supermarket in Paris, January 12, 2015. Photo by Marc Piasecki/Getty Images.

Essay
Alain El-Mouchan
About the author


Alain El-Mouchan is the pen name of a professor of history and geography in Paris.

The violent turmoil in today’s Middle East is producing an array of bewildering and seemingly contradictory effects. One of them is this: hundreds of thousands of refugees, soon perhaps millions, are fleeing the region in hopes of finding shelter in a Europe deeply uncertain both of itself and of what to do with them. Simultaneously, on a much smaller but historically portentous scale, tens of thousands of Jews are departing France, the home of Europe’s largest Jewish population, and heading for the same Middle East, but in their case for a country ready, willing, and eager to enfold them.