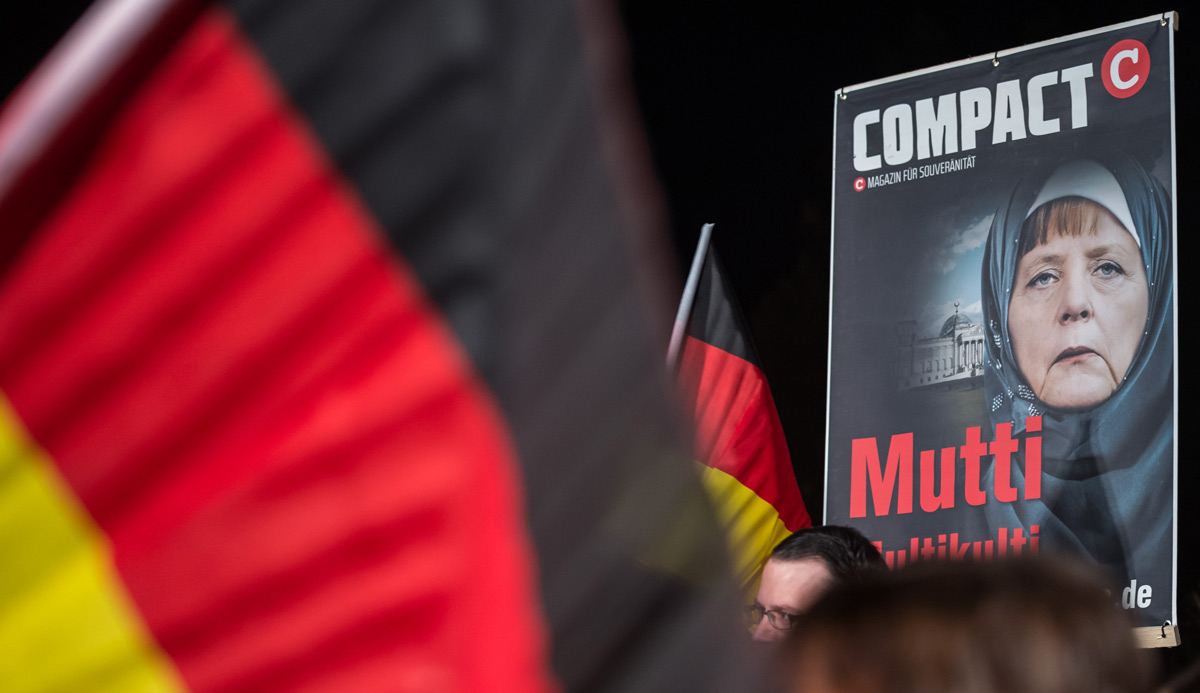 A poster of German Chancellor Angela Merkel at a rally on November 4, 2015 in Erfurt, Germany. Jens Schlueter/Getty Images.
Europe is a continent, and an idea, with an alternately heroic and ignominious past and with what seemed, until recently, to be an enviable present. But does it have a future? The November 13 terrorist attacks in Paris marked the culmination—so far—of a concerted campaign directed mainly at Europeans and orchestrated, or inspired, first by al-Qaeda (Madrid 2004, London 2005) and more recently by the self-proclaimed caliphate based in the Islamic State of Syria and Iraq. The latest round of carnage began with the 2014 attack on the Jewish Museum in Brussels, was stepped up in January of this past year with the Charlie Hebdo and kosher-supermarket massacres in Paris, continued with shootings at a free-speech gathering in Copenhagen and mass assaults on European tourists in Tunisia, followed by explosions in Ankara and Beirut and reaching a crescendo with the multiple attacks in Paris.