Skokie Then and Now

In 1977, a Jewish director of the ACLU famously agreed to defend the rights of neo-Nazis in Illinois to demonstrate in public. Would the same thing happen today—and should it? 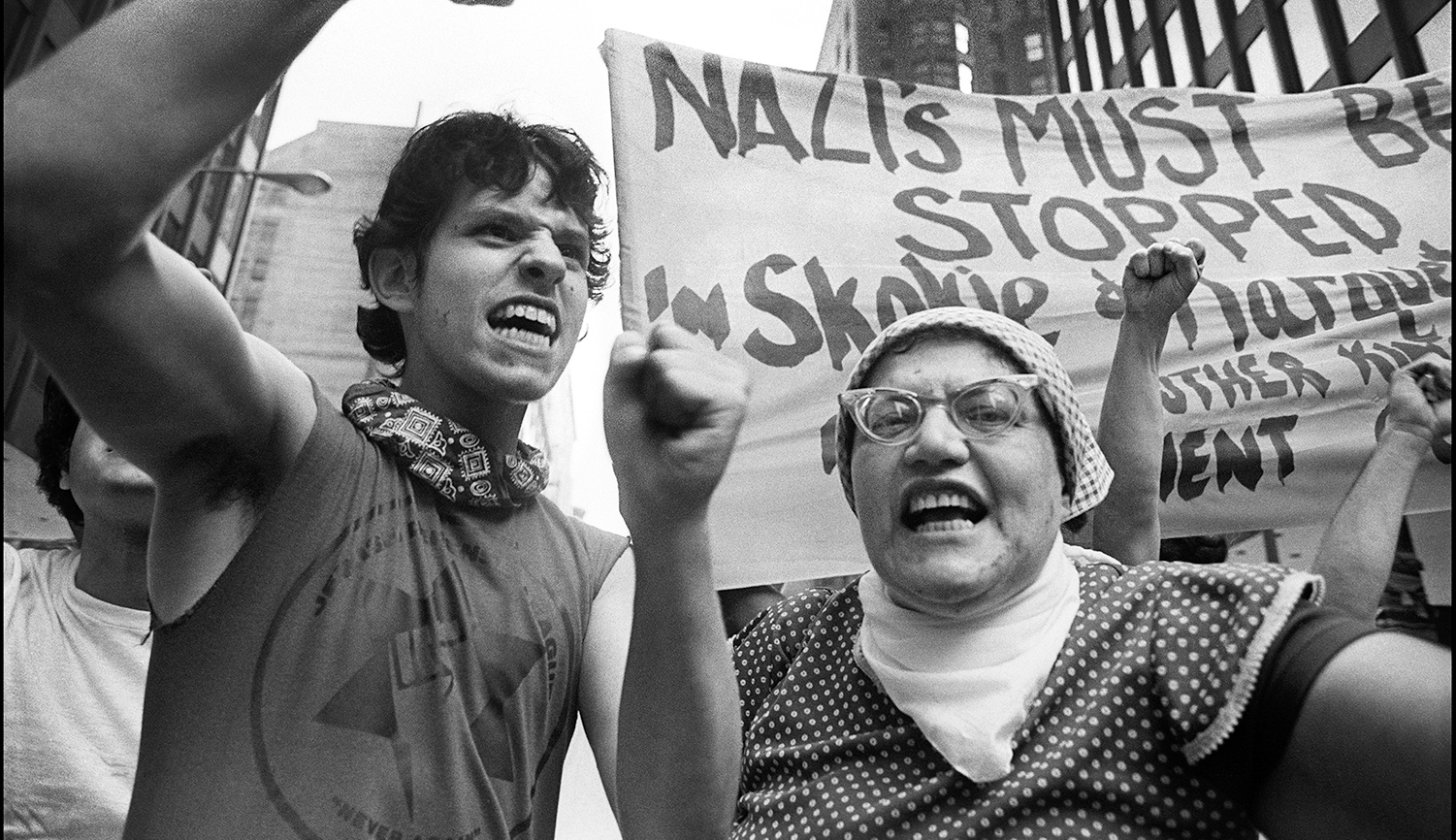 Two anti-Nazi demonstrators during a counter-protest to a nearby neo-Nazi rally in Illinois on June 24, 1978. Chuck Fishman/Getty Images.

Essay
Samuel Goldman
About the author


Samuel Goldman is an associate professor of political science and executive director of the Loeb Institute for Religious Freedom at the George Washington University.

On Wednesday, April 27, 1977, the Illinois affiliate of the American Civil Liberties Union received an unsolicited call from a man named Frank Collin. Deceptively unassuming in voice and manner, Collin was president of the National Socialist Party of America, a successor to the National Socialist White People’s Party led by the infamous George Lincoln Rockwell. On the phone with an ACLU staff attorney named David Goldberger, Collin complained that his group had been served with a lawsuit to prevent its planned demonstration in the Chicago suburb of Skokie. He asked the ACLU’s Illinois office to represent him and his band of neo-Nazis in court and thereby oppose what he regarded as infringement of their First Amendment rights to freedom of speech and assembly.

Skokie Then and Now
2. Response