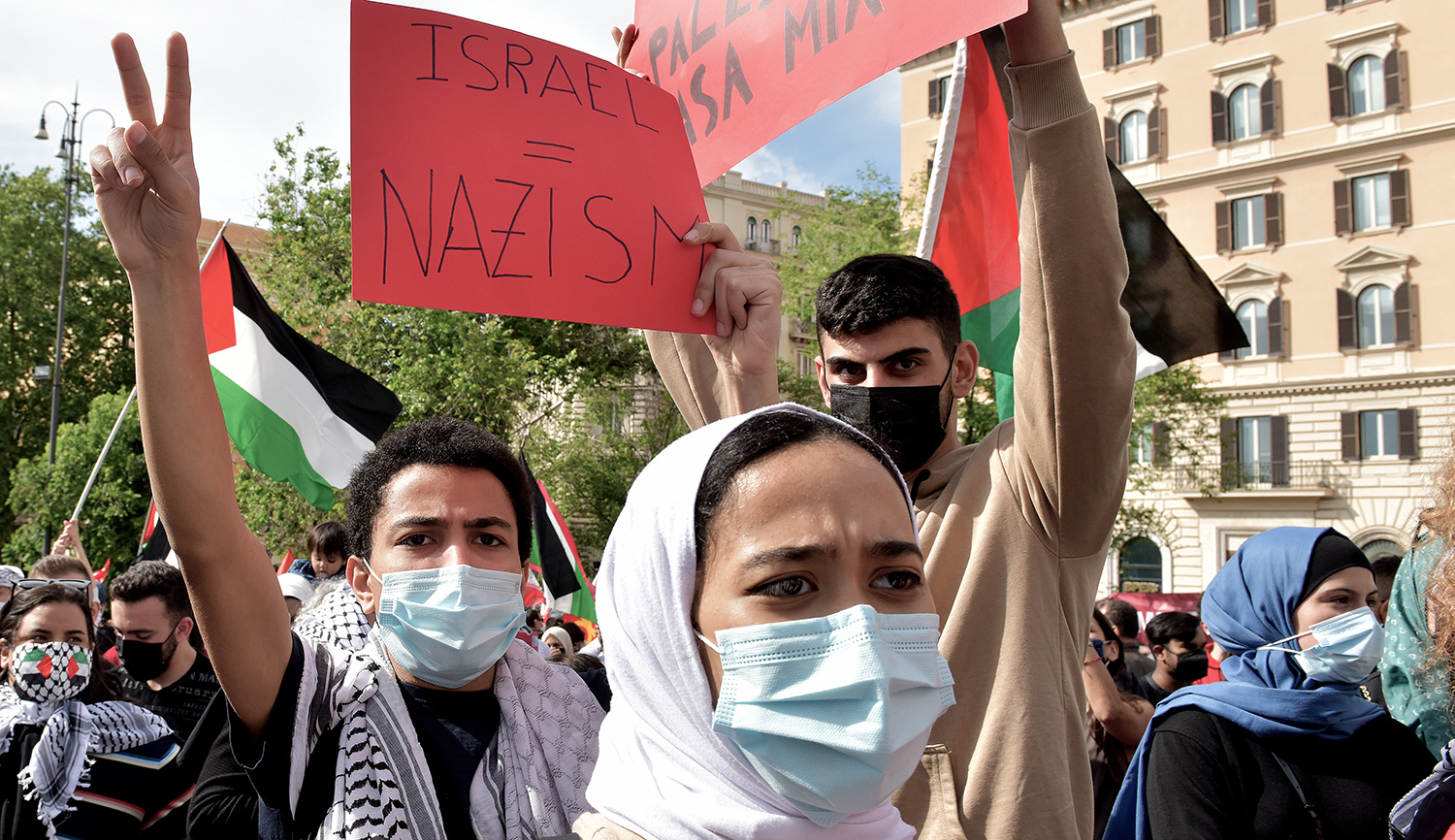 Demonstrators at an anti-Israel rally on May 15, 2021 in Rome. Simona Granati – Corbis/Corbis via Getty Images.

This spring’s iteration of warfare between Israel and Hamas once again occasioned passionate lacerations of Israel. Amnesty International accused it of a “horrific pattern” of “brazen deadly attacks on family homes,” which it called on the International Criminal Court to investigate “urgently” as “war crimes.” Senator Bernie Sanders introduced a bill in the Senate to block military aid to the Jewish state, joined by progressive members of the House where Representative Alexandria Ocasio-Cortez called Israel an “apartheid state,” adding the catechism, “apartheid states are not democracies.” The New York Times combined inflammatory headlines on news stories (“Israel Opts for Brute Force”) with an almost-daily sequence of anti-Israel columns by Sanders, Nicholas Kristof, Peter Beinart, various residents of Gaza, and others. Meanwhile, on the small and smaller screens, John Oliver and other personalities of the entertainment world struck up a chorus of denunciations of Israel’s actions.