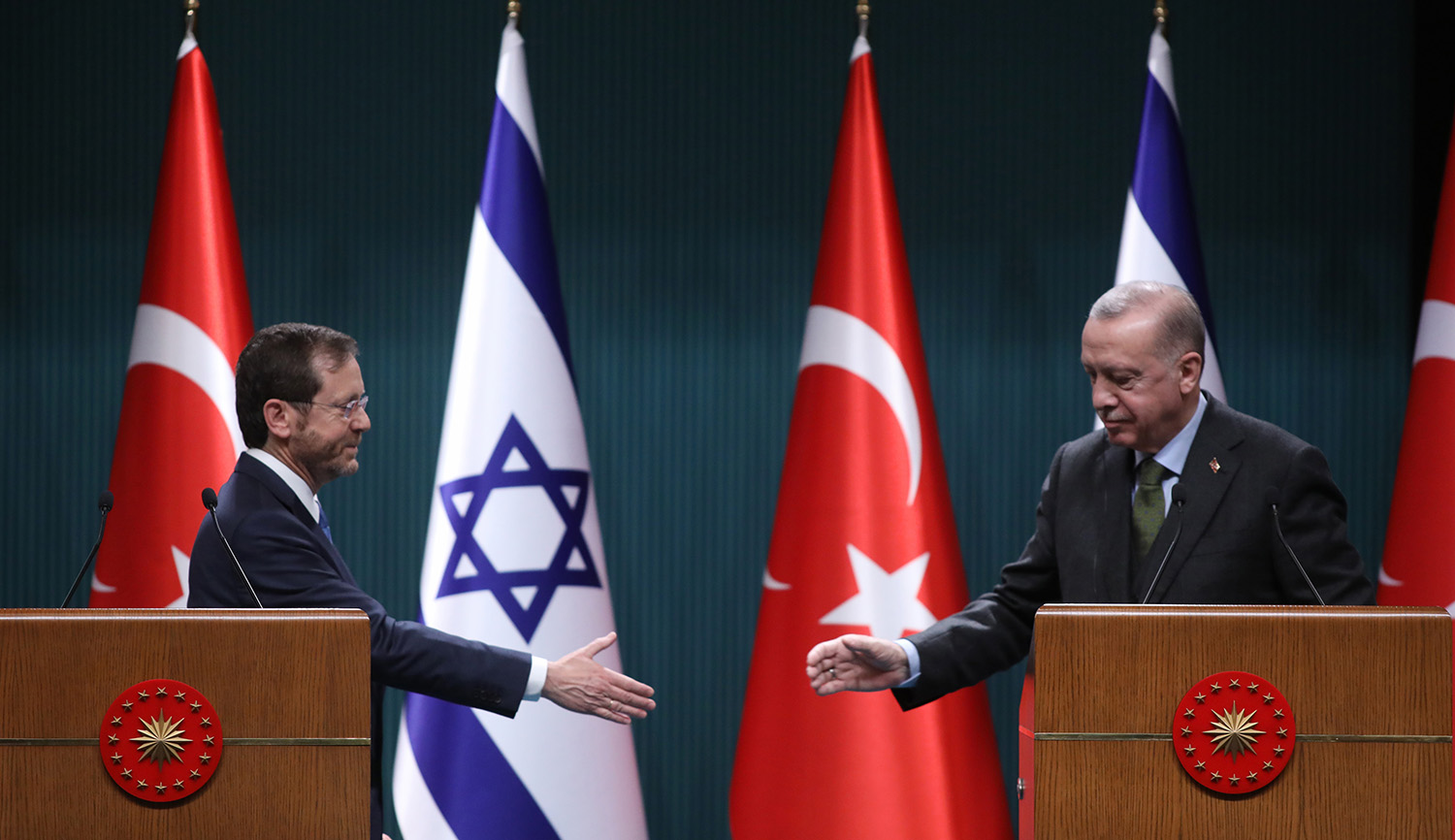 Israeli president Isaac Herzog and Turkish President Recep Tayyip Erdoğan at a press conference in Ankara on March 9, 2022. Yavuz Ozden/dia images via Getty Images.
On March 9, the Israeli president Isaac Herzog arrived in Ankara for an official visit, which included a meeting with the Turkish president Recep Tayyip Erdoğan. Herzog had told the Israeli press before his departure that his purpose was to “reset” relations with Turkey—which, since the beginning of the century, have gone from friendly to overtly contentious. Just two weeks ago, the Turkish foreign minister Mevlüt Çavuşoğlu traveled to the Jewish state, the first such visit in fifteen years. There have been several signs that, unlike previous attempts to mend fences, the latest might succeed.