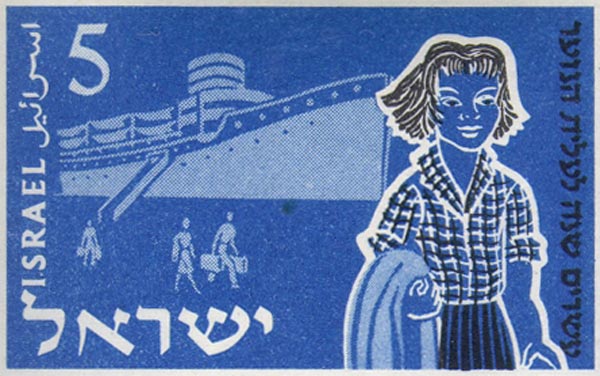 Israeli postage stamp commemorating the twentieth anniversary of Youth Aliyah, issued May 10, 1955.
It’s happened at least a half-dozen times. Somewhere—at a social gathering, after a speaking engagement, while sitting in a café—someone has come up to me and said, “You know, the reason I’m living in Israel is Letters to an American Jewish Friend.” The same is true of some portion of the reactions to the book that I received in the mail, the bulk of them in the early years after its initial publication in 1977. Of them all, the most memorable was a postcard from 1986. On one side was a photograph of Jews praying at the Western Wall in Jerusalem. On the other, next to my address, was written: