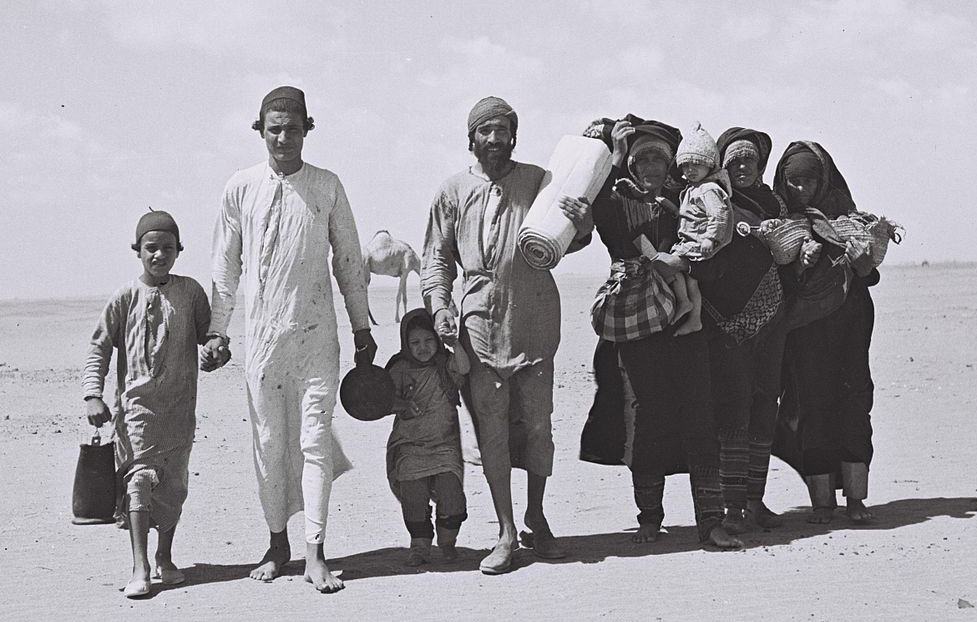 Yemenite Jews walking to Aden, the site of a transit camp, ahead of their emigration to Israel in 1949. Zoltan Kluger/Government Press Office.

The story of Israel, as most people know it, is well trod—perhaps even tiresome by now. It begins with anti-Semitism in Europe and passes through Theodor Herzl, the Zionist pioneers, the kibbutz, socialism, the Holocaust, and the 1948 War of Independence. In the early decades of the return to Zion and the new state, the image of the Israeli was of a blond pioneer tilling the fields shirtless, or of an audience listening to Haydn in one of the new concert halls. Israel might have been located, for historical reasons, in the Middle East, but the new country was an outpost of Europe. Its story was a story about Europe.