Of Dogs and Jews (and Lena Dunham Too)

A stale New Yorker quiz prompts stale accusations of anti-Semitism. More interesting is the trope of the canine Jew. 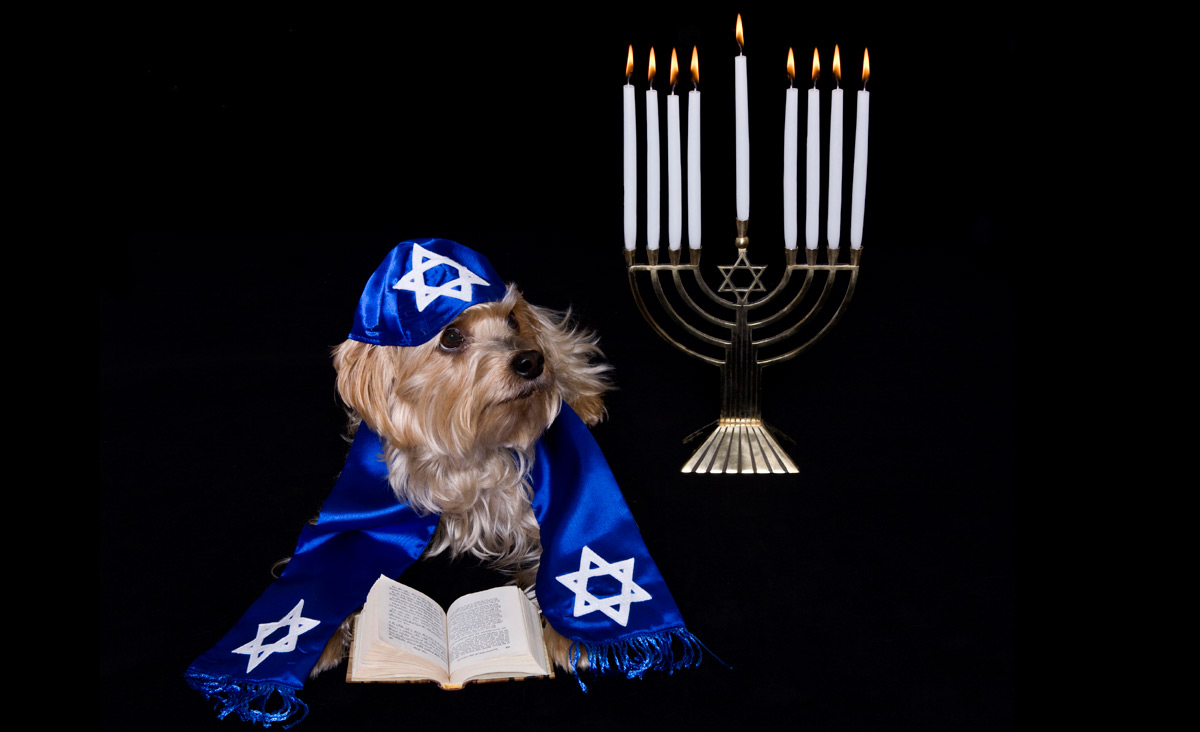 Lena Dunham’s mock “quiz” in the March 30 issue of the New Yorker caused a stir in the always roiling Jewish precincts of Manhattan and beyond. The question, “Do the following statements refer to (a) my dog or (b) my Jewish boyfriend?” was followed by 35 items like “He’s crazy for cream cheese,” “He doesn’t tip,” and “[He] has hair all over his body, like most males who share his background.” The premise was so flat and the satire so stale that the piece should have been prosecuted for killing comedy. Instead, it stands accused of anti-Semitism by none other than Abraham Foxman, retiring head of the Anti-Defamation League.

Foxman calls the piece “particularly troubling because it evokes memories of the ‘No Jews or Dogs Allowed’ signs from our own early history in this country, and also because, in a much more sinister way, many in the Muslim world today hatefully refer to Jews as ‘dogs.’” Although he doubts that Dunham had any intention of evoking such comparisons, and acknowledges that humor has rules of its own, Foxman wishes that she had chosen a “less insensitive way to publicly reflect on her boyfriend’s virtues and vices. We are surprised that the New Yorker chose to print it.”

No less off-point than Foxman’s intervention was the immediate response from New Yorker editor David Remnick: “The Jewish-comic tradition is rich with the mockery of, and playing with, stereotypes. Anyone who has ever heard Lenny Bruce or Larry David or Sarah Silverman or who has read [Philip Roth’s] Portnoy’s Complaint knows that.” With so much real hatred and tragedy in the world, Remnick thinks objecting to the so-called anti-Semitism of this piece is “howling in the wrong direction.”

Remnick’s unctuous little sermon may mark the highest level of wit elicited so far in this episode. Among the avalanche of other responses occasioned by Dunham’s squib, one, an op-ed by a former high-school classmate of hers at Saint Ann’s school in Brooklyn, traces her brand of uninformed and ignoble self-ridicule to Jewish parents who choose secular over day-school education for their children. The writer, Avi Taranto, charges Dunham and others like her with failing to confront the current racist hostility directed at their fellow Jews and, with Foxman, finds unfunny the anti-Semitic slurs she borrows without apparent awareness of their pedigree.

As it happens, however, that pedigree boasts a more honorable bloodline than the invective of Nazis or Arabs. Heinrich Heine, one of Germany’s sweetest singers and sharpest critics, immortalized the canine Jew in “Princess Sabbath,” the most beloved of his Hebrew Melodies (1851). The poem tells of Israel, the prince who was long ago transmogrified into a dog.

As a dog, with dog’s ideas,
All the week, a cur, he noses
Through life’s filthy mire and sweepings,
Butt of mocking city Arabs.

Heine’s Jewish mutt—as deformed in his own way as Dunham’s Jewish boyfriend—represents not only the males of the species but the Jewish people in its entirety. Declining to spell out which aspect of their subjugation he is mocking, Heine leaves it to readers to interpret the insult in their own way. But his wit cuts in more than one direction. Who turned the prince into a dog, and why? In the poet’s reading, the Jews owe their metamorphosis to mistreatment at the hands of Gentiles; implicit in his portrait of their suppression is rebuke of their imperious masters.

Moreover, the canine Jew has another side to him. Once a week, on the Sabbath, he is miraculously restored to human form. Most of the poem, equally tongue-in-cheek, celebrates that weekly moment when the regal Jew welcomes his Sabbath bride. Heine, having grown ashamed of his own conversion to Christianity, had evidently acquired an appreciation for those who, unlike him, had withstood the humiliations of remaining Jewish.

It was the doggy image more than Princess Sabbath that burned its way into Jewish consciousness. For the rest of the 19th century and into the 20th, Jewish writers deployed the comparison in order to goad Jews into standing up for their natural rights. Heine’s satire in fact played a significant part in rousing the mutt to work for its freedom. Their self-liberation was by no means instantaneous, but within a century, and despite the cataclysm of Hitler’s Holocaust, Jews had reclaimed their national sovereignty in the land of Israel.

No one could mistake your typical Israeli for Heine’s dog, nosing “through life’s filthy mire and sweepings” while today’s mocking enemies throw rocks and missiles at his fellow Jews. It seems, then, that if the image applies at all, it applies only to certain American Jews, and maybe Lena Dunham knows whereof she speaks. Her boyfriend, real or imagined, is for sure no Israeli, but rather the kind of American Jew she would meet—well, through the New Yorker. Forget anti-Semitism: Dunham knows her milieu. She knows her Jewish men, still recognizable throwbacks to Heine’s mongrel when it comes to servility but minus the redemptive posture on even a single day of the week.

But who has whipped these whipped Jewish dogs of today (and, for Dunhams and Silvermans, provided livings from complaining about the results)? Certainly not the Gentiles. It’s funny that Dunham’s housepet is not just any sort of dog but one that “expects to be waited on hand and foot by the women in his life, and anything less than that makes him whiny and distant.” What kind of woman would deliberately choose for her consort a spoiled and bloodless lapdog when there are so many other breeds to be had out there: intrepid hunters and rescuers, heroic huskies, omni-competent collies, frisky herders, loyal-unto-death-and-beyond boxers, brave and joyous retrievers?

Of Dogs and Jews (and Lena Dunham Too)