The Tree of Knowledge of Positivity and Negativity

How to translate the rabbinic term yetser ha-ra—and how not to. 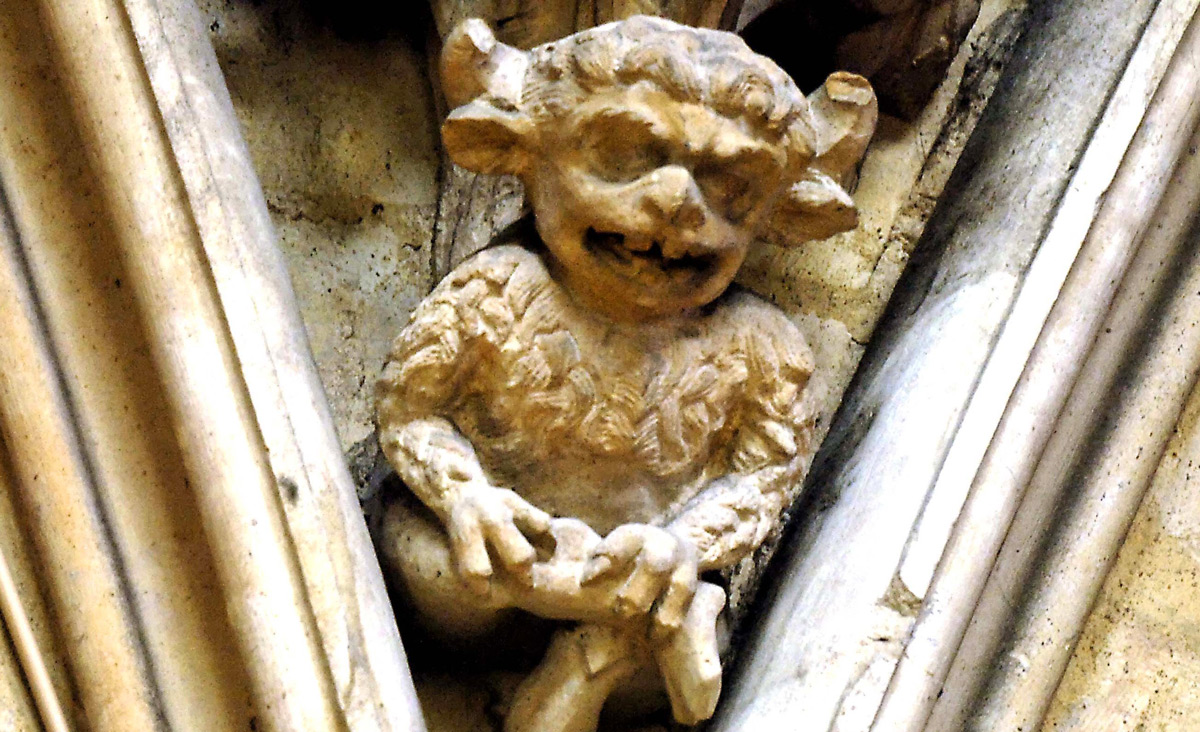 “Who is brave? The one who subdues his negative inclination,” is how the Jerusalem-based journalist Eetta Prince-Gibson, writing in the October 30 Forward, translates a well-known saying of the Mishnaic sage Ben-Zoma. This maxim, which appears in the tractate of Pirkey Avot (known in English as “Ethics of the Fathers”), comes in four parts. The other three are: “Who is rich? The one who is content with his lot”; “Who is honored? The one who honors others”; and “Who is wise? The one who learns from every man.” There’s a lot to be learned from Ben-Zoma.

But “negative inclination”? This is the first time I’ve come across the rabbinic term yetser ha-ra translated this way. “Evil inclination” is common. So is “evil urge.” One also encounters “evil impulse” or “impulse to evil.” Only in our own unprecedentedly positive age could the Hebrew word ra, “bad” or “evil,” be rendered as “negative.” Presumably, Prince-Gibson would translate Genesis 2:9 as “And the Lord God caused every tree to grow from the earth . . . the tree of life in the midst of the garden, and the tree of knowledge of positivity and negativity.”

The noun yetser comes from the same root as do the Hebrew verb yatsar, to create, and the noun y’tsur, creature, and it is found in the Bible eight times. The first two occur in the story of the Flood and echo each other. In Genesis 6:5 we read, “And God saw that the evil of man [ra’at ha-adam] was great in the earth and that the yetser of his heart’s thoughts was evil [ra] all day long”; in Genesis 8:21, “For the Lord said . . . the yetser of man’s heart is evil from youth onward.” Elsewhere (except in one or two places where it is a synonym for “creature”), the word appears to mean much the same thing, as it does in Psalms 103:12-14, “As far as East is from West, so far has He put away our sins. . . . For He knows our yetser; our being dust is remembered [by Him].”

But what is the meaning of yetser? If we take into account (1) that the word has to do with our creatureliness; (2) that sexual profligacy is the sin featured in God’s decision to destroy mankind in the Flood; and (3) that our sexual impulses awaken in adolescence or “youth,” it would seem reasonable to equate the biblical yetser with our biological sex drive. Yet while the rabbis do draw this equation, they do not restrict the meaning of the word to it.

A tale in the talmudic tractate of Avodah Zarah, for example, relates that Rabbi Ḥanina and Rabbi Yonatan were once out walking and had to choose between two routes, the first leading past a pagan temple and the second past a brothel. “Let’s take the temple route,” said one, “since the yetser of idolatry has been killed off.” “No,” said the other, “let’s take the brothel route. We’ll control our yetser and be rewarded for it.” As though in reference to this story, the Midrash comments on a verse in the Songs of Songs: “God created two yetsers in His world: that of idolatry and that of [sexual] licentiousness. The yetser of idolatry has been extirpated [among Jews]; that of licentiousness has not been.”

In other places, the early rabbis speak of still other forms of the yetser. In the midrashic compilation of Sifrei, for instance, we are told: “Rabbi Yoshiyah says, ‘One should bind one’s yetser by an oath.'” In illustration, Yoshiyah cites several biblical passages, among them the account of Abraham’s refusing a share of the plundered property of the king of Sodom that he has rescued, saying, “I lift my hand to the Lord, the most high God . . . that I will not take a thread or a shoestring.” Here, the yetser that is subdued is that of greed. Although Abraham would not be human if he didn’t covet some of the recovered loot, he solemnly swears that he will take none of it, thus precluding any change of mind.

Is there a way of referring in English to such seemingly disparate phenomena as sexual desire, a need to believe in many gods, and material possessiveness? Perhaps (if we think of a craving for supernatural protection as being innate) the English equivalent might be “instinctive behavior.” The yetser is whatever we would do naturally if we did not stop ourselves. Ben-Zoma: “Who is brave? He who curbs his instincts.”

So why the yetser ha-ra and the yetser ha-tov instead of just the single yetser that the Bible and Ben-Zoma speak of? Are there, according to the rabbis, two different sets of instincts? At first glance, there would appear to be. Noting that in the verse in the story of Creation, “And the Lord God created man from the dust of the earth,” the verb “created,” vayitser, is spelled וייצר, with not one but two yods (vayyitser, as it were), Rabbi Naḥman says: “Two yetsers were created by the Holy One Blessed Be He: the good yetser and the bad yetser.” Numerous rabbinic sayings and stories repeat this theme.

And yet we should not, I would suggest, translate yetser ha-tov as one’s “good instincts” and yetser ha-ra as one’s “bad instincts.” Another midrash, this one in Avot d’Rabi Natan, explains why:

And the same midrash adds:

The yetser ha-ra, or just plain yetser, is innate. The yetser ha-tov is not. It is fully activated at the age of thirteen because this is the age, according to Jewish law, at which one becomes responsible for one’s deeds. By then, even if one instinctively wants to do something wrong, one is expected to know better.

In English, we have a word for this. It’s called “conscience.” And conscience, really, is what the yetser ha-tov is. In fact, although it’s never translated that way, it’s the standard term for conscience in early rabbinic literature.

When the rabbis speak of yetser ha-ra and yetser ha-tov, then, they are indeed talking about different kinds of inclinations, urges, and impulses—but not about true opposites. Conscience is not the opposite of instinct. It is inculcated, not genetically inherited, and it pertains to a higher stage of development. No instinct is bad in itself, but all instincts, as far as the rabbis were concerned, are bad when there is no conscience to keep them in check. And the absence of conscience is not merely a negative. It is an evil.

The Tree of Knowledge of Positivity and Negativity