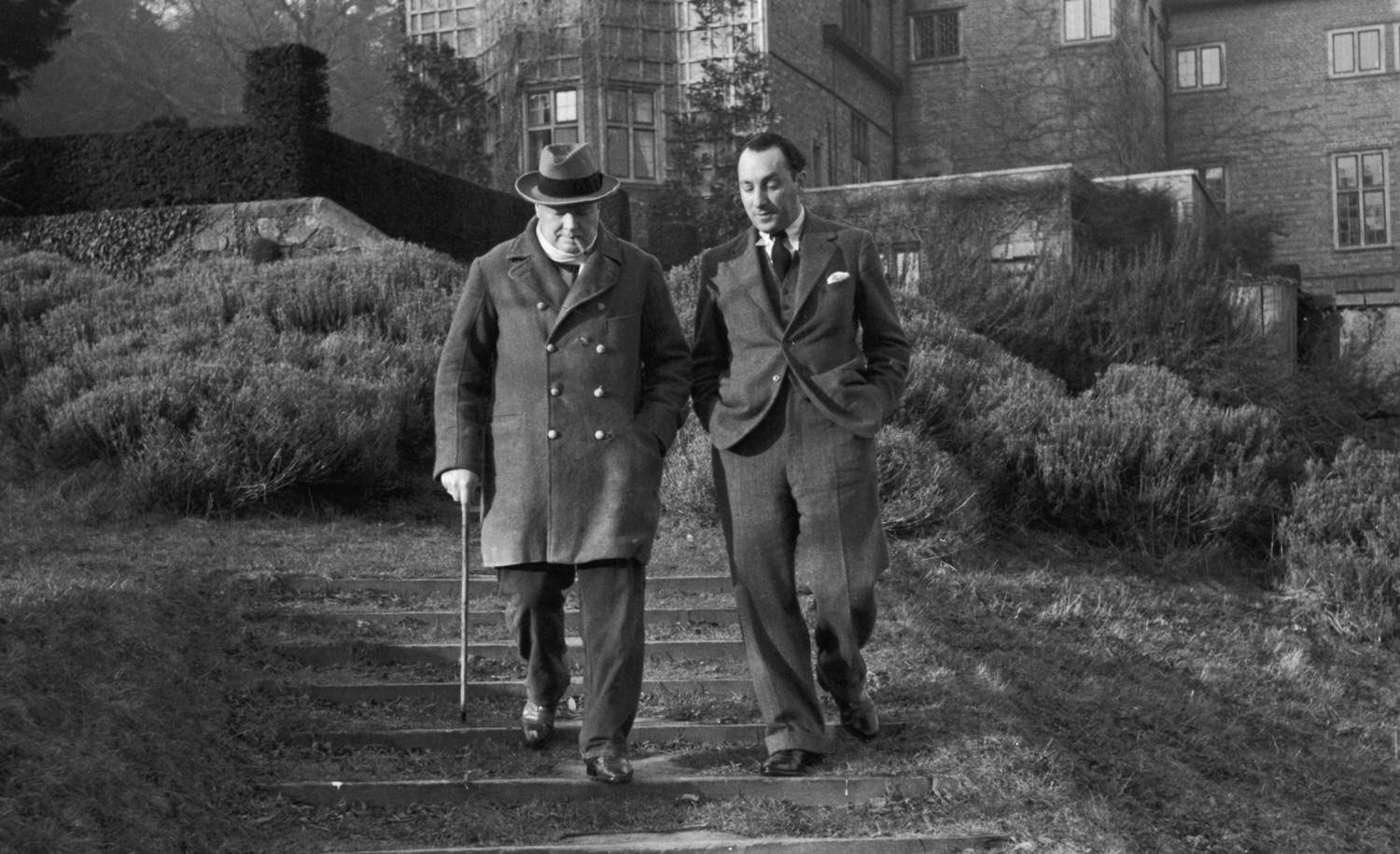 “Why Jews and photography? Aren’t Jews everywhere in the arts and professions? So what?”

These words were spoken by Prince Philip, Duke of Edinburgh and husband of Queen Elizabeth II, to Michael Berkowitz, a professor of modern Jewish history at University College London. In 2012, the two men were talking about a specific photographer, known professionally as Baron (1906-1956), who had been a friend of Philip’s and who took the official photographs for, among other occasions, Philip and Elizabeth’s wedding and the christenings of their two eldest children.

Born in England, “Baron,” the son of an Italian Jew from Tripoli, had never hidden his Jewish roots. (His given name was Sterling Henry Nahum.) To Prince Philip, at any rate, none of this seems to have been particularly noteworthy. (“So what?”) Yet the prince’s questions to Michael Berkowitz are pertinent to the latter’s recently published book, Jews and Photography in Britain.

As it turns out, Jews are indeed “everywhere” in British photography. Curiously enough, there have been no great artistic figures among them comparable to such Jewish-American photographers as Alfred Stieglitz, Robert Frank, Diane Arbus, and others. Nor any figures comparable to the great Jewish-Russian, Jewish-Hungarian, or Jewish-German photographers.

Nevertheless, the role played by Jews in British photography is important. As Berkowitz shows, they were “everywhere” in their capacity as innovative studio photographers, as editors of books, magazines, and newspapers devoted wholly or partly to the art, and as leading figures in several related commercial niches. In addition, Jewish refugees fleeing Nazi persecution in the 1930s helped to transform the way the British understood photography itself.

At its beginnings in the middle of the 19th century, the business of photography enjoyed none of its present-day cachet. “Because photography was less than respectable,” writes Berkowitz, British Jews “were afforded entry into the field.” Seeing commercial opportunity in an enterprise that did not require much capital, they became involved in the burgeoning field of studio portraits—so much so that, for a century, “if one’s picture was snapped for a price, there was a good chance the person behind the camera was born a Jew.”

Studio photographers succeed by taking portraits that please their clients, not necessarily ones that are psychologically revealing or artistically adventurous. As a leading example, Berkowitz cites Henry Walter Barnett, a spectacularly successful practitioner of the form who was born in 1862 to Jewish parents transplanted from London to Australia. In that country, he established so impressive a reputation that his relocation to London in 1897 was treated by the press as a significant social and cultural event. In 1901 Barnett was a founder of the Professional Photographer’s Association, and in 1903 he was elected to the council of the Royal Photographic Society.

Barnett’s portraits of society women were renowned for their “curious delicacy and charm,” and the roster of his celebrity clients included Dame Nellie Melba and Crown Princess Marie of Romania. In “faithfully portray[ing] the English type and character,” gushed one magazine article, he simultaneously gave “life and individuality to his sitters, which is not the accepted form of English photography” (emphasis added). Little wonder that he became rich, and that 550 of his photographs are now in the National Portrait Gallery.

The story of Barnett’s success also illustrates how Jewish photographers emulated and helped each other, including by means of mutually beneficial interactions with other Jews in advertising and publishing. In fact, his career, according to Berkowitz, was paradigmatic in several respects. Like him, other Jewish photographers sought and maintained connections in official circles, stayed abreast of cost-cutting technological advances, advocated free expression and a broad concept of art and aesthetics, proclaimed themselves simultaneously faithful subjects of the monarchy and upholders of universal values, and saw no contradiction between being businessmen and being artists. Like him, too, several were adept at capitalizing on the sexual dynamic of Jewish men taking pictures of non-Jewish women.

Among the several studio photographers who more or less fit the Barnett paradigm was Baron, Prince Philip’s friend. Another was Boris Bennett (born Boris Sochaczewska in Poland), who maintained a string of shops and specialized in shooting Jewish weddings, “Hollywood style.” Freddy Weitzman, who trained with Bennett, came to focus on “posh English weddings,” as did Ernest Flesch, who arrived from Vienna in the Kindertransport program. Anthony Armstrong-Jones, the first Earl of Snowden and sometime husband of Elizabeth’s sister Princess Margaret, had a Jewish grandfather who was a prominent theater designer and of whom he was very proud; he began his own distinguished career by apprenticing with Baron.

From Berkowitz we also learn about Salman Stemmer, who boosted his business by inventing the “kucker” (from the Yiddish word meaning “look”): the little plastic picture-viewer on a keychain that would become a big success at English holiday camps and later in Catskill resorts. And about James Jaraché, a Fleet Street photojournalist whose color photo of Queen Elizabeth II’s 1953 coronation made the cover of Henry Luce’s Life. And about Zoltán Glass, whose specialties were sports-car racing and soft-core pornography.

A number of Jewish photographers chased from Hitler’s Europe spent some time in Britain before mainly heading elsewhere. The list includes László Moholy-Nagy and his talented wife Lucia, Ferenc Berko, and the great photojournalist Erich Salomon, who later returned to Europe to cover the war and was murdered in Auschwitz. But the two refugees who had the greatest impact on the culture of British photography itself were Stefan Lorant and Helmut Gernsheim.

As the editor of one of Germany’s finest picture magazines, the Hungarian-born Lorant had been imprisoned for opposition to Hitler and then released. In 1933 he came to London where he edited the Weekly Illustrated, in the process (as Berkowitz quotes the critic Colin Jacobson) “turn[ing] upside-down the notion that photography’s role was merely to illustrate the text; [instead], the pictures themselves told stories, and the arrangement of images and text was crucial to the meaning of the journalism.” (Henry Luce would model Life on Lorant’s Weekly Illustrated.) In 1937, Lorant founded the small-format Lilliput and in 1938 the Picture Post. By 1940, when, having failed to gain British citizenship, he moved to the United States, the Picture Post was being read by half the adult population of England.

Then there was Helmut Gernsheim (1913-1995), to whom Berkowitz devotes three of the six chapters in his book. The descendant of a distinguished German-Jewish family, Gernsheim similarly arrived in Britain in the 1930s, there to build a distinguished career as a photographer, historian, and collector. During the war, he was hired by the government to document buildings and monuments in danger of German bombardment; the resulting book, Beautiful London (1950), is a classic. In writings and lectures, Gernsheim championed photography as an art and revived the photographic reputations of, among others, Julia Margaret Cameron, Lewis Carroll, Hill & Adamson, Alvin Langdon Coburn, and Roger Fenton. The History of Photography from the Earliest Use of the Camera Obscura in the Eleventh Century up to 1914, co-written with his wife Alison and published by Oxford in 1955, remains an indispensable text.

Gernsheim organized the 1951 exhibition, Masterpieces of Victorian Photography, at the Victoria and Albert Museum: a show that introduced the British to their heritage and won great popular acclaim—and, as Berkowitz documents, had required stubborn persistence to pull off. He also put together one of the earliest and most comprehensive collections of photographs ever assembled, containing 35,000 images, 4,000 books and journals related to photography, and 200 pieces of photographic equipment.

In spite of his best efforts, and possibly because of anti-Semitism—or his prickly personality—Gernsheim was unable to find a taker in Britain for his collection. In 1963, a flamboyant American dealer named Lew Feldman brokered its sale to the University of Texas for $300,000, a startling figure at the time. Now valued at well over $30,000,000, it has made the university a center for photographic research and scholarship.

Berkowitz sums up this incident in a sentence that in its own way encapsulates the guiding motifs of the story he has been telling throughout:

On the one hand [Gernsheim] showed the British how tremendous were their early contributions to photography, but on the other hand he kicked them in the arse for being so conservative, even ossified, at the midpoint of the 20th century.

As for Gernsheim himself, with the money from the sale of his collection he left Britain and settled permanently in Switzerland.