What's with the Hebrew Expression "To Jump over One's Bellybutton"?

The tale of the pupik. 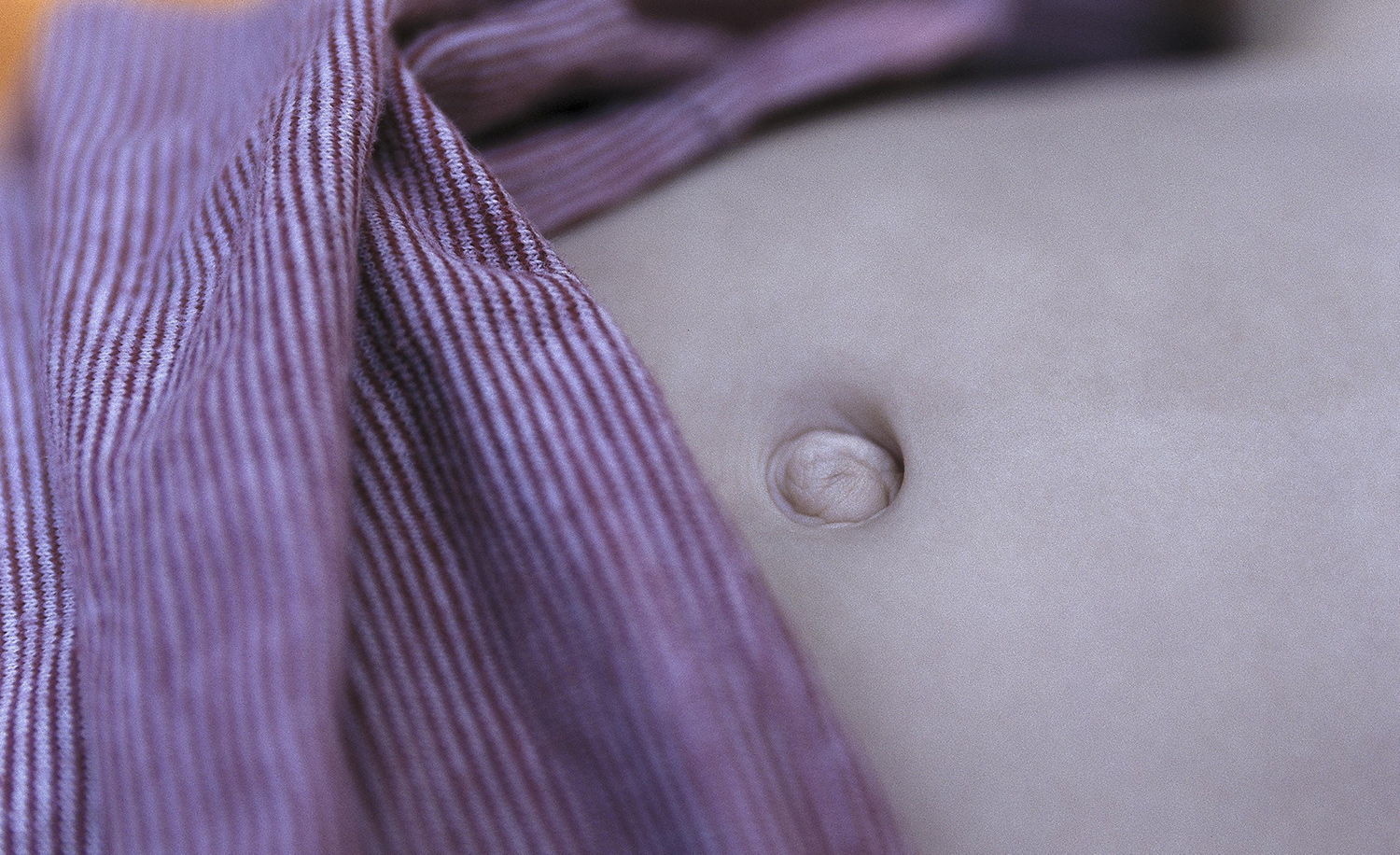 On my last visit to Israel, I learned of the Hebrew expression likpots me’al ha-pupik [literally, “to jump over one’s bellybutton”], which apparently means something like “to go off half-cocked.” Do you know anything about the origin of this colorful but curious expression? I don’t believe it comes from Yiddish, which to the best of my knowledge has nothing like it.

It’s not clear if Yiddish does or doesn’t have anything like it. In his comprehensive Hebrew slang dictionary Milon ha-Sleng ha-Makif, Ruvik Rosenthal, Israel’s leading expert on the subject, traces likpots me’al ha-pupik to a Yiddish predecessor shpringen ibern pupik. Yiddish speakers I know tell me they are unfamiliar with such an idiom. An alternative origin has been suggested in the Russian proverb vyshe golovy ne prignesh, “You can’t jump over your own head”—that is, there are some things that are impossible to do. Jumping over one’s bellybutton wouldn’t be much easier.

In any case, the Hebrew slang expression does not quite mean to go off half-cocked. This English figure of speech, which dates to the age of flintlock rifles and pistols, means doing or saying something wildly thoughtless or unconsidered. It alludes to the mechanism of a flintlock’s hammer, which had to be fully cocked for the pulled trigger to release it and cause it to strike the percussion cap, but which also had a half-cocked position in which it was locked. A gun that went off “half-cocked” was one in which the supposedly locked hammer was faultily released, causing the weapon to shoot when not aimed at a target.

To jump over one’s bellybutton in Hebrew, by contrast, means to be over one’s head in the English phrase’s sense of getting into waters too deep for one. Another way to translate likpots me’al ha-pupik might therefore be “to bite off more than you can chew.” In his dictionary, Rosenthal cites as an illustration of its use the sentence from an advice column for brides and grooms: “Invest in your wedding only what you can afford and don’t jump over your bellybutton.”

“Pupik,” as the Yiddish word was pronounced in Lithuania, Belarus, and parts of Poland and is pronounced in Hebrew today, or “pipik” if your Yiddish-speaking ancestors came from Galicia, Transylvania, Rumania, or the Ukraine, is a word common among American Jews, although it does not seem to have spread beyond them. Its source is Slavic, probably Ukrainian or Belarusian, in which the word is also pupok, as opposed to Polish pępek.

In Yiddish, the word also means a gizzard, no doubt because the indentation or inward fold of the navel resembles a similar formation in the ventriculus or “little stomach,” as the gizzard of chickens and other fowl is known to ornithologists. Generally shunned by today’s more fastidious diners, pupiklakh were relished by the Jews of Eastern Europe, who ate them avidly with giblets and in other dishes. Their only disadvantage was that, unlike wings, feet, and drumsticks, there was only one to a bird.

Can some Israeli wag have taken the Russian head that you can’t jump over and comically turned it into a Yiddish/Hebrew bellybutton? “Pupik” is a funny-sounding word for a funny-looking part of the body, and when it does appear in authentic Yiddish expressions, these are funny, too. A sheynem dank in pupik, “Many thanks to your bellybutton,” is a way of saying “thanks for nothing,” while of the person with an over-philosophical mind it is said that er klert tsi a floy hot a pupik, “he ponders whether a flea has a navel.” And if you’re looking for an unusual curse to bestow on a friend, you might try zoln vaksn tsibiles in dayn pupik, “onions should grow in your pupik.” To which the appropriate answer would be the better-known zolst vaksn vi a tsibele du alayn, mitn kop in drerd, “You should grow like an onion yourself, with your head in the ground.”

But the best-known pupik of all is Moyshe Pupik, the little big man of Jewish humor, familiar to many of us, English, Hebrew, and Yiddish speakers alike, from such utterances as, “These days every Moyshe Pupik thinks he’s a genius,” or “Who do you think you are, Moyshe Pupik?”

In a column of mine written long before I moved to Mosaic, I pointed out that there was at least one historical Moyshe Pupik, who lived in the in the town of Horodenka in western Ukraine. In the words of Dr. Hersh Blutal-Prifer, who wrote a memoir of growing up there in the early 20th century,

Not many Jews were known by their family name. For example, the teacher of young schoolchildren was called Moshe Pupik, Moshe the Stomach; Menashe the Goy was the teacher of older children; and Mordechai Pupik was the name given to the brother of Moshe Pupik. . . . The teachers Moshe and Mordechai were very heavy men, and so were called Pupik.

To have a big pupik was to have a big stomach. Was Moshe Pupik of Horodenka the Moyshe Pupik? Most likely not. There may have been others with the same sobriquet—and the “real” Moyshe Pupik was both mythical and abstract. Nowhere has he been better described than by Philip Roth in his novel Operation Shylock, whose narrator recalls a Newark childhood in which he was

small enough to be engrossed by the household drama of all our striving relatives, their tribulations, promotions, illnesses, arguments, etc., back when one or another of us pint-sized boys, having said or done something thought to be definitely expressive of an impish inner self, would hear the loving aunt or the mocking uncle announce, “Is this a Moishe Pipik!”

In a wonderful example of Roth’s gift for virtuoso prose, his narrator goes on to muse about

the derogatory, joking nonsense name that translates literally to Moses Bellybutton and that probably connoted something slightly different to every Jewish family on our block—the little guy who wants to be a big shot, the kid who pisses in his pants, the someone who is a bit ridiculous, a bit funny, a bit childish, the comical shadow alongside whom we had all grown up, that little folkloric fall guy whose surname designated the thing that for most children was neither here nor there, neither a part nor an orifice, somehow a concavity and a convexity both, something neither upper nor lower, neither lewd nor entirely respectable either, a short enough distance from the genitals to make it suspiciously intriguing and yet, despite this teasing proximity, this conspicuously puzzling centrality, as meaningless as it was without function—the sole archaeological evidence of the fairy tale of one’s origins, the lasting imprint of the fetus who was somehow oneself without actually being anyone at all, just about the silliest, blankest, stupidest watermark that could have been devised for a species with a brain like ours.

What more can be said about a pupik after a riff like that? In trying to write such a passage (in the novel it goes on for several more sentences), a lesser talent than Roth might have been jumping over his bellybutton.

What's with the Hebrew Expression "To Jump over One's Bellybutton"?