In The Smoke, the latest from the British writer Simon Ings, “Bundists” turn into grotesque shape-shifters. The implications are at once unclear and unsettling. 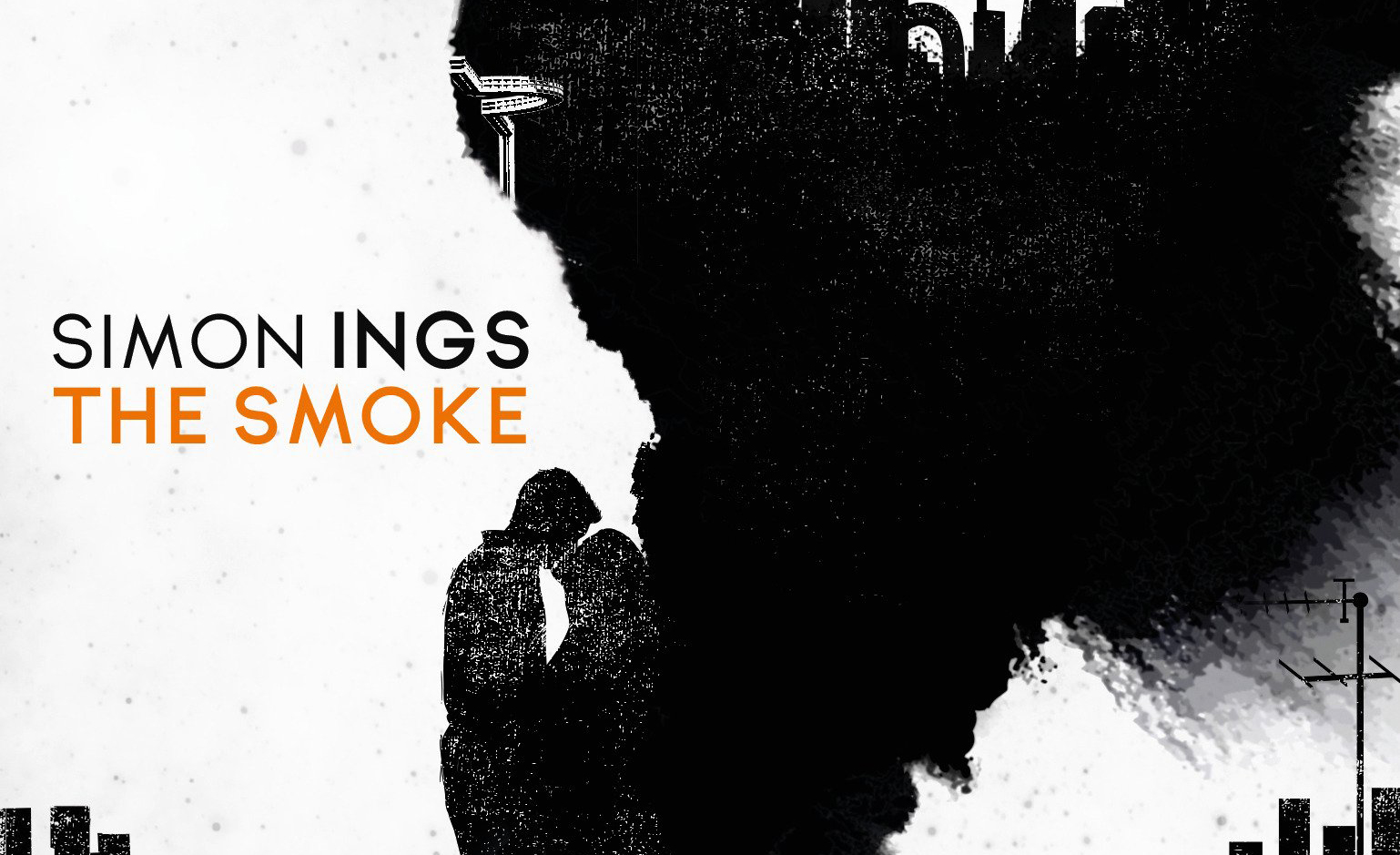 The English writer Simon Ings is fascinated by the future, by how we imagine it, and by humanity’s self-destructive attempts to hasten or escape it. As a popular science writer, he is the author of two non-fiction books: one about the eye, the other about science under Soviet Communism. He has also published more than a half-dozen novels, lushly written if sometimes challengingly modernistic, that frequently take up themes from science fiction.

The latest novel, which appeared in paperback earlier this year, is The Smoke. Written in gorgeous, unsettling prose, and set in a late 20th century whose history differs from our own, The Smoke is by turns poignant and horrific. Much of its horror has to do with Ings’s imagining of the Jews.

In the alternate timestream of The Smoke, the United States never came to global dominance; instead, a volcanic eruption in the 19th century made parts of North America uninhabitable. Meanwhile, in Europe, World War I came to an early and decisive end in 1916 when a precociously invented atom bomb was dropped on Berlin. As for World War II and the Holocaust, they never happened. A passing comment informs us that, in the world of The Smoke, Adolf Hitler choked to death on a grape.

What, then, became of the Jews? Something much more consequential: in response to mass pogroms against the Jews in 1917, Lenin gave to the Jewish socialist Bundists a home in Soviet Birobidzhan, the bleak Siberian outpost that in real life was proclaimed by the Communists as a (rather unsuccessful) Jewish ethnic territory. There, a Jewish scientist affiliated with the Bund develops a new technology, dubbed the “Gurwitsch ray” after its inventor. In the novel, the “G-ray” enables the Bundists to leapfrog past the rest of the world in technological advancement.

The ray would seem to be Ings’s cipher for technological progress itself. As it allows the manipulation and enhancement of all life processes, the Bundists use it, for example, to solve the problem of Russian famine. And there is more:

All Europe fed on Gurwitsched pigs, Gurwitsched apples, Gurwitsched lemons. Until at last their mastery was such, the Bundists dared to try again, and in a much more careful, targeted fashion, what had been tried in 1917. They turned the rays upon themselves.

Turning the ray upon themselves makes the Bundists an increasingly divergent offshoot of the human race: smarter, quicker—and alien. Subsequent mechanical developments then allow the construction of elaborate architectural marvels beyond the capacity of brick and mortar, or even of steel and glass. The Bundists now conquer disease and aging, albeit through ghastly medical processes that twist and reshape biological normality. And they are on their way to ruling the heavens, with robotic colonies on the moon and artificial suns placed in the sky over a London that is itself increasingly a Bundist colony.

In this brave Jew world, what’s a Gentile to do?

That is a central preoccupation of Stuart, Ings’s protagonist, a melancholy young Yorkshireman who had studied to be an architect—one of the fields made obsolete by Bundist tech. Stuart lives in the shadow of his charismatic brother Jim, an astronaut-in-training for the great non-Bundist hope: a space program that may one day allow human beings to reach the moon via good old-fashioned steel and atomic energy. Meanwhile, Stuart mourns the inevitable demise of his romance with Fel, a daughter of the Bund, wondering if, given her advanced cerebral capacities, he was ever anything more than her pet.

Science fiction has long explored what a future transition—or split—between the human and the post-human might look like. Ings’s innovation is to map this directly onto the Jews, and in particular to make use of the obsession with Jews as the embodiment of modernity itself: an obsession sometimes philo-Semitic but just as often, or more often, anti-Semitic. Indeed, in the world of the novel, the Bundists are not just Jews but the only Jews, with the exception of a few references to the Zionists or, as one character puts it, “those nutters causing trouble in Palestine” who seem to represent the Jew-as-traditionalist, the flip side to the Jew-as-futurist.

The result is a novel in which anti-Semitism is a natural and logical response to the Jews, as Stuart explains to Fel when she becomes the target of anti-Jewish hostility:

Fel, listen. The difference between the Bund and the rest of us is getting bigger by the day. . . . So we cling to the idea that we’re supposed to be the same somehow, “underneath.” That’s why you’re getting called those names. The names are offensive, sure, but that’s not all they are. They’re also—you made the point yourself—they’re also old. They’re a way—clumsy, disgraceful, yes—but a way of clinging on to the idea of there being one humanity.

Or, as Stuart reflects later when he looks at the growing Bundist presence in London, those buildings he is unable to design or even comprehend: “Rage toward this future, though ugly and to be deplored, was not an unnatural response.”

These particular Jews, after all, will replace us.

How is this alternate history supposed to reflect upon the Jews in our own historical moment? It’s not a simple question, but my overall sense is that Ings hasn’t given this subject much thought. I don’t pick up, say, the nasty anti-Jewish animus that runs through Michael Chabon’s alternate-history novel The Yiddish Policemen’s Union, or the Corbynesque suspicion of Jews as insufficiently revolutionary that we see in the science fantasy of China Miéville’s Iron Council.

Rather, The Smoke seems to have its roots in Ings’s interest in the brilliant, eccentric, and frequently Jewish figures he treated in his 2016 non-fiction book, Stalin and the Scientists. Readable if at times superficial, that survey of relations between science and the Soviet regime relies entirely on secondary and English-translation sources; for a study whose Jewish scientists are so central, it has very little to say about their Jewishness. Weirdly, it also includes the jarringly untrue comment that “Stalin’s state-sponsored anti-Semitism failed to take root.”

Going back earlier to Ings’s 2006 novel The Weight of Numbers, a kaleidoscopic chronicle of lost souls and unhappy globe-trotters, we get something of a rehearsal for the doomed relationship between the Yorkshireman Stuart and the Bundist Fel. In that earlier novel, the non-Jewish Anthony follows his Zionist wife Rachel to Israel before their marriage founders. “It excites Anthony that he has married a Jew,” we read:

If every new wife is an unexplored territory, then Rachel is a mysterious land indeed: a heady mix of the cosmopolitan and the exotic; the glass and steel of new money seen through the dust and yellow light of an ancient civilization.

Interestingly, the socialist Anthony stays in the Jewish state after Rachel abandons it with her new lover. He hopes to find glimpses of the socialist future there.

In The Smoke, Fel is again the cosmopolitan, exotic, and ultimately unattainable Jew—a glimpse into ancient past and far future—taken to science-fiction extremes. As a Gurwitsched Bundist, Fel with her alien superiority is troubling to Stuart from the start:

She put me in mind of an ambitious foreigner, acquiring the trappings of a culture not her own. Which was, of course, exactly what she was. And like an ambitious foreigner, the culture she had acquired by diligent study was easy to parody. It was undeniably off-beam, and often yawningly over-serious. At the same time, it was richer than anything a native like me would ever gather out of the air.

By the end of the novel, the implications of the Jews as non-human others are made chillingly, even sickeningly, literal:

A tadpole-like thing. You stare at it, aghast. How is this even possible? How does it live? What does it eat? It wriggles free from the tube and as it swims, it acquires form. Arms and legs. At first transparent, it acquires pigment, texture. It is wearing a sturdy silver one-piece uniform. It is recognizably human. Recognizably female. Recognizably Fel.

Portraying Jews as actual shape-shifters, as overlords of our post-human future, Ings’s imagination has taken him quite far into the realm of classic anti-Semitic ravings. And, this, at a time when such ravings are glaringly on display in our public life. But what he hopes to gain from this exploration, with its seemingly blithe, even reckless indifference to the fire with which it plays, remains elusive.

That elusiveness may owe something to the novelist’s choice to filter most of his narrative through the consciousness of Stuart, the passive victim of this grotesque Jewish future, rather than through any of the Jewish characters who themselves remain opaque and mysterious (and occasionally amphibian).

There is also a certain amount of ambiguity, the intermixing of the real and the parodic, inherent in a novel that makes knowing use of science-fiction pastiche and disdains to examine either the postulates it floats, the brazenness with which it floats them, or the aura of aesthetic license with which it protects them.

What I do know, however, is that the feeling of nausea I had on finishing The Smoke was very much of this, our world.