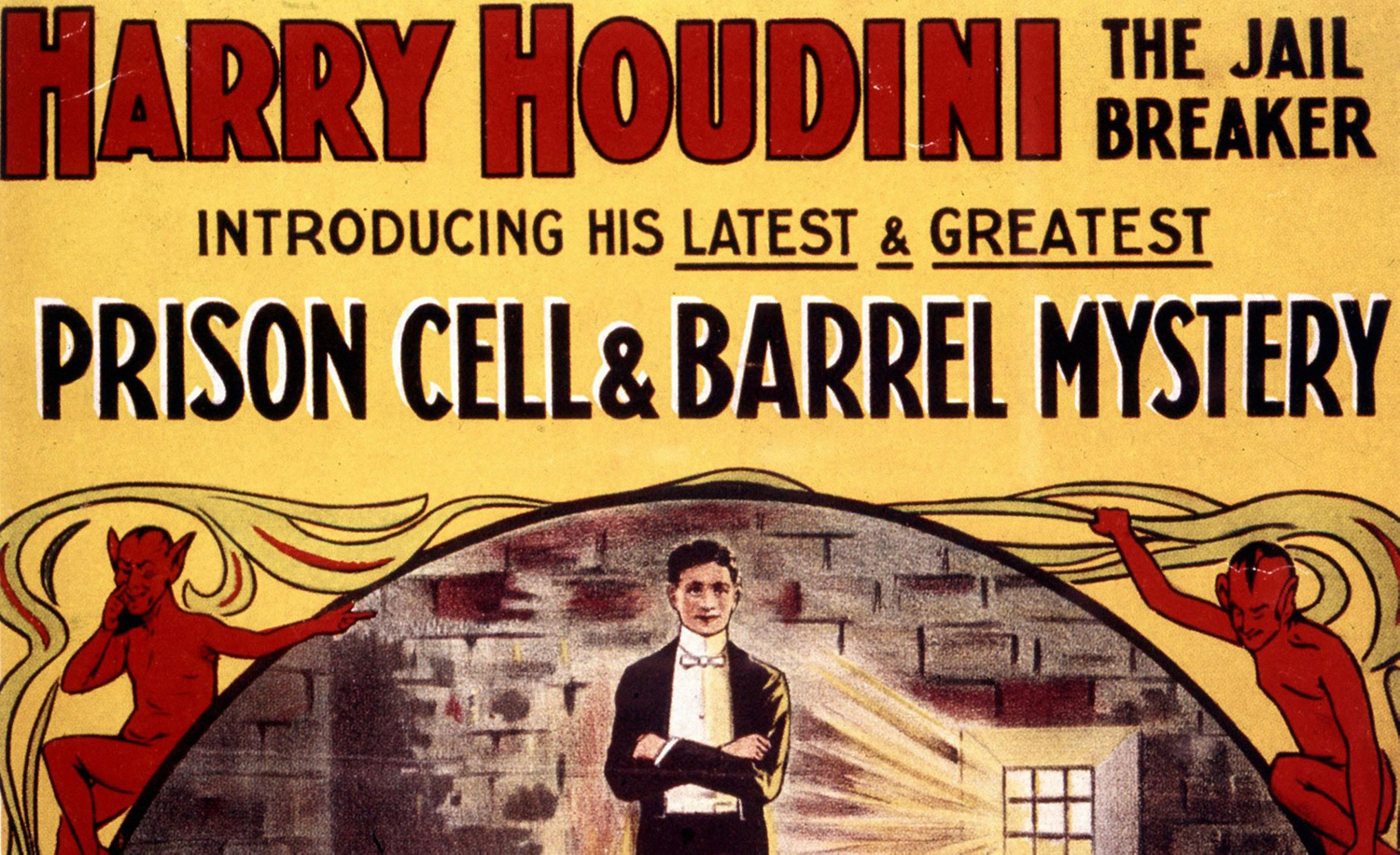 A poster for a performance of Harry Houdini’s in the late 19th-century. Alamy.

“My birth occurred April 6, 1874, in the small town of Appleton in the state of Wisconsin, U.S.A,” wrote Harry Houdini in an autobiographical essay for the Magical Annual of 1910. The sentence is revealing not in its facts—Houdini was actually born on March 24, 1874 in Budapest, Austria-Hungary—but because its falsehoods illustrate the difficulty of attempting a biography of a man who spent his career showing the public only what he wanted it to see.