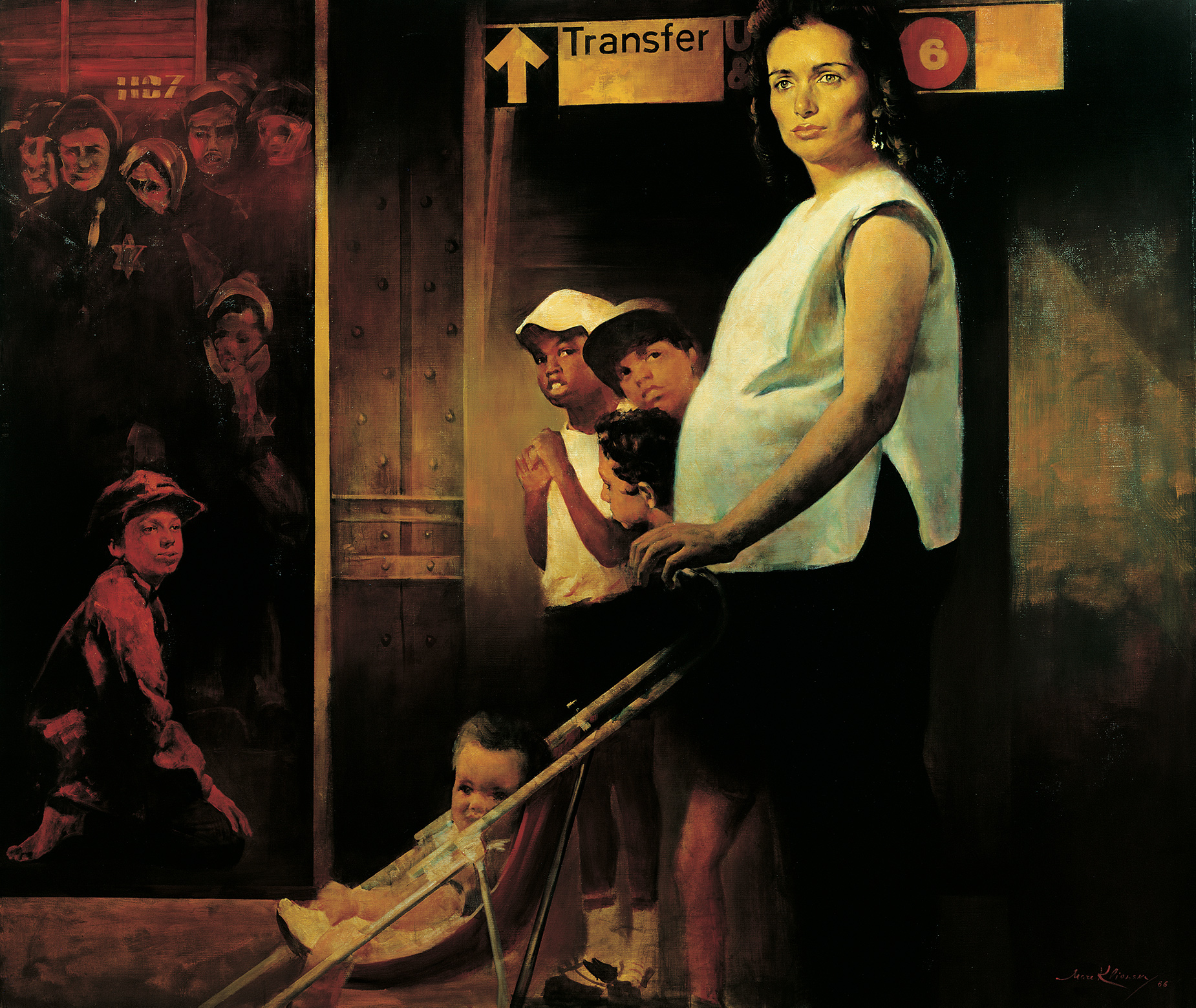 Waiting for the Train (1986) by Marc Klionsky, currently at the Yad Vashem Art Museum in Jerusalem. Marc Klionsky Estate.

One of the occasional gifts of life as an art critic is the opportunity to rescue from oblivion the work of a relatively unknown artist. In this case, unknown to oneself—for, until recently, and despite having written about Jewish art for nearly two decades, I’d been virtually unacquainted with Marc Klionsky, who was born in Russia in 1927 and from 1974 until his death in 2017 lived and painted in New York City. Today, the more I’ve become acquainted with his work, the more I’m reminded of the plea entered by Willy Loman’s devoted wife in Death of a Salesman: “Attention, attention must finally be paid to such a person.”