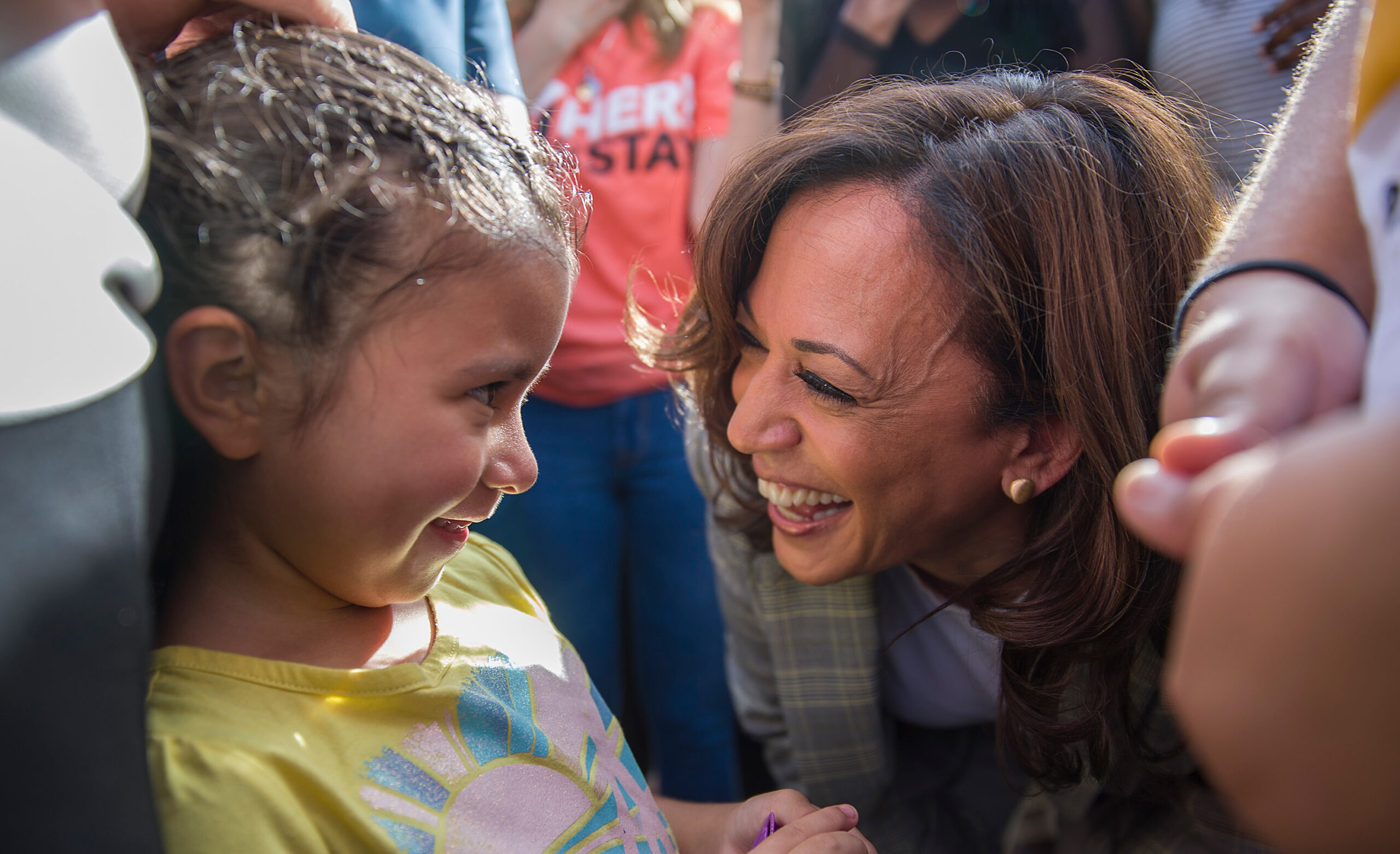 America’s vice-president-elect has a family nickname that she says she’s fond of. It’s “Momala,” and it rhymes with Kamala and was given her, so we’ve been told, by her two stepchildren, the children of her Jewish husband Douglas Emhoff. Whether they coined it as a fusion of Ma and Kamala, or whether they knew that—generally spelled “Mamale” or “Mamaleh”—it’s a Yiddish term of endearment for a mother, remains, according to the media, an unresolved issue.

What the media have failed to point out is the odd fact that Yiddish mamale—literally, “little mother,” a word composed of mama and the diminutive suffix –le—is used by Yiddish and Yiddish-influenced speakers more as a form of address for children than for mothers, for whom there are more common endearments. (Mamashe and mamenyu are two of them.) Hearing a woman hidden from sight in the next aisle of the supermarket say, “Mamaleh, itst koyft men nisht keyn kendy bars,” “Mamaleh, we’re not buying candy bars now,” you would be right to assume she was talking to her small daughter and not to her elderly mother.

Or else to her son. Calling a little boy mamaleh, “little mother,” is perfectly normal in Yiddish, as it is in Israeli Hebrew. The reverse, however, is not the case. Although you can also call a boy tataleh or “little father,” you would not use it for a girl. It’s similar to bubbele, “little grandmother,” the “bubbeleh” known to many American Jews and even some non-Jews as a way of saying, sometimes affectionately and sometimes dismissively, “sweetheart” or “pal.” You wouldn’t address anyone as zeydele, “little grandfather,” unless he was your grandfather for real.

Is there some deep cultural significance in all of this? Calling children “mamaleh” and “tataleh,” writes the Yiddish pundit Michael Wex, is a way of “wishing that the child grow up to have children of [his or] her own.” Leo Rosten makes the same point about bubbele as an endearment for children in his The Joys of Yiddish. It “carries the expectation,” he writes there, “that the child in the crib will one day be a grandparent.”

And perhaps, too, what is involved in this inversion of language is the perception that every child already has in it the germ of an adult, just as every adult—every actual-mother mamale and actual-father tataleh—retains something of the child. When you call a child mamaleh or tataleh, you’re saying to it, however subliminally, “Yes, you’re small now, but you’re already a little man or woman and I’ll treat you with the respect due to one.” One might even go a step further and speculate that there is in all this a sense of the great wheel of life that goes around and around, the small, helpless child growing up to be a powerful adult and the powerful adult diminishing with age to be a “little father” or “little mother,” as helpless as a child.

Or is this reading far too much into it? I know of only one other language (there may be many others that I’m not aware of) in which a similar pattern of endearments prevails, which is the Spanish of Latin America. In Mexico, for example, mama  and papa, or some version of them (mami, papi, mamita, papito, etc.), are used for addressing small children all the time, and the same is true of other Central and South American countries. And yet one wouldn’t ordinarily think of comparing Hispano-American culture or family life to the culture and family life of East European Jews and their descendants. Could both have a similar attitude toward children? I’ll leave that to the cultural anthropologists.

In Israeli Hebrew, on which the influence of Yiddish has been great, there is an interesting division of labor between mamale and imale, imah being Hebrew for “mother.” In affectionately addressing one’s mother, one uses only imale, just as abale is used only for one’s father; neither is ever used for a child. Mamale, on the other hand, is used to address children exclusively, never adults, as is its shortened form of mami. (As an adjective meaning “sweetheart,” “cutie,” or “lovely person,” however, as in a sentence like eizeh mami hu, “What a mami he is,” the word can be applied to anyone.) And whereas mamale! in Yiddish can also be an exclamation expressing surprise or fright, much as “Yikes”, “Help!”, or “Oh, my God!” are in English, in Israeli Hebrew this becomes imale!, too.

The source of this usage, of course, is its evocation of a frightened child’s cry for its mother. In Yiddish, though not in Hebrew, tateh! can be an exclamation, too, though its meaning is different. As Michael Wex puts it in his Just Say Nu: Yiddish For Every Occasion (When English Just Won’t Do): “Crying out ‘Oy, tateh!’ during a particularly intense or pleasurable experience—hearing a great piece of music, taking a drink that you really needed, seeing a grand slam in the seventh game of the World Series—is the equivalent of saying ‘Jee-ZUZ!’” The diminutive tatale, though not used in this sense, can function as a term of affection or encouragement between adult males. Shouted out during a baseball game, Wex writes, “Loyf, tatale, loyf!” has the sense of “Run, baby, run!”

You would only use mamale that way if you were watching a Little League game. Or, I suppose, if Kamala Harris were on base.