A Jew Goes to Handel's “Messiah” at Christmas

Some reflections on how we Jews cope with the majority culture around us, provoked by Handel’s beautifully crafted 1741 oratorio. 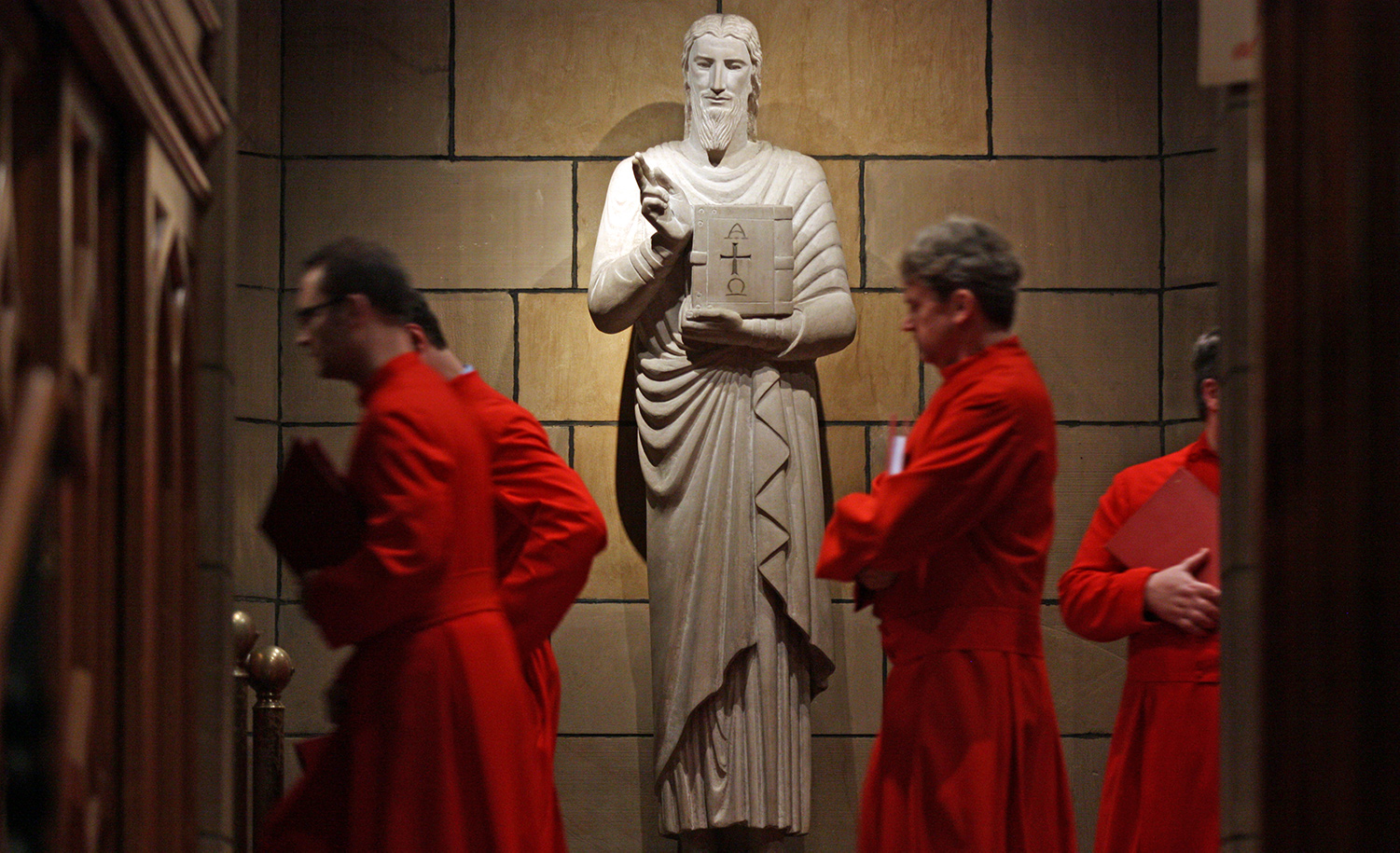 The Saint Thomas Choir of Men and Boys with the Concert Royal performing Handel’s Messiah in New York in December 2013. Hiroyuki Ito/Getty Images.

Observation
Seymour Epstein
About the author


Seymour Epstein consults in Jewish education and community planning and was the director of Toronto’s Board of Jewish Education. He is the author of The Esther Scroll (2019).

While in an Orthodox home a few weeks before Christmas one year I noticed some red-and-white-striped candy canes on display. The lady of the house quickly noted that they were kosher with a reliable hekhsher (a funny thought in itself), and that she loved the Christmas spirit and the decorations. Not to worry: there were neither tree nor lights in this observant home. But the moment got me thinking of how we Jews cope with the majority culture around us, and I immediately arranged to attend, once again, George Frideric Handel’s famous 1741 oratorio, Messiah, a Christmas favorite even though it was intended for Easter.

Each time I attend the Messiah I vow to bring a Tanakh with me so that I can follow the biblical quotations in their original. And each time I forget to do so. I suppose that’s one way of coping with the comparison of mythologies, something Leonard Cohen warned us against in his early poetry. But this time, after the concert, I went home, searched the sources, and compared to my heart’s delight.

First, it is evident that the success of this oratorio was based not only on the exquisite music, a wonderful mélange of solo voices and choral power, but also on the audience’s familiarity with the King James Version of the Bible. For that 18th-century British audience, the verses quoted were part of their faith and recognized as sacred, even if they were translations from the Hebrew and Greek. For me, even as the music has its proper effect, I revel in the fact that I have access to the original passages from Isaiah, Haggai, Malachi, Zechariah, Psalms, Lamentations, and Job—all from the Hebrew Bible, in the language that has been kept alive by my people. And while I am certain that many Christians in the audience resonate to the biblical verses, I am sure that most of those who received only a public, secular education must suffice with the beautiful music alone, since the text rings no bells. In my own public-school days, we still studied a few selections from both the Jewish Bible and the New Testament. But now, even that minimal exposure to the literary background of Western civilization is probably forbidden.

Of course, the contrast between Jewish and Christian readings gets a bit sharper once the countertenor sings Isaiah 7:14, “Behold! A virgin shall conceive, and bear a son and will call him Immanuel.” No Hebrew-literate Jew can listen to that mistranslation without wincing, knowing that the biblical word for virgin is b’tulah and that the almah of this verse means “young girl.” While it’s probable that the Church fathers believed that the Greek translation of almah as “virgin” was accurate, later scholars, both Jewish and Christian, know the correct and original meaning of the word as evidenced by its translation in other books of the Hebrew Bible. And yet, the listener then hears the gloss of the name, “God is with us” and realizes that Charles Jennens, the skillful librettist, is also quoting the citation of this verse found in Matthew 1:23. And Matthew’s use of the verse—and Jennens’s for that matter—isn’t so different from what we Jews call midrash! As far as I’m concerned, the Christians can hold on to their story of the virgin birth. Both of our religions excel in playing with early texts and thereby embellishing our respective narratives.

Then there’s the question of a Jew celebrating the Christmas spirit given our differences and some very violent history. In fact, Christmas does not represent too much of a threat to our faith, since the birth of a nice Jewish boy in Israel some 2,000 years ago was neither rare nor remarkable. It’s the Easter story of the crucifixion and the resurrection that has caused us severe persecution, and created a major theological chasm between us and the Christian world. And therein lies the problem. Handel’s Messiah was originally written for Easter and celebrates the birth, the death, and the resurrection, again using Jewish texts that, according to early Christian interpretation, foretell the miracle at the end. When the chorus sings from Isaiah chapter 53, verse 4 that “He hath borne our griefs, . . . was wounded for our transgressions . . . ” the reference is to Jesus, even though the prophet spoke of a more ordinary servant of God—perhaps himself.

When the tenor quotes Psalms 69, “He looked for some to have pity on Him,” any reader of the Hebrew will note that the words “I” and “me” have been changed to “He” and “Him.” In the original, the Psalmist speaks of his own personal anguish, opening with the words, “Save me Lord for the water has risen to my very being.” It continues in that same very anxious first person only to be reinterpreted by the Christians into the third person of Jesus regarding his suffering. Of course, most shocking to a Jewish listener is a similar change of person in Lamentations 1:12: “Behold, and see if there be any sorrow like unto His sorrow,” instead of the original “like my sorrow.” That upper-case H is meant to refer to Jesus even though the original refers to the author’s sorrow at witnessing the destruction of the First Temple. Is our loss of this house of sanctity to be compared to the death of their savior?

It is worth noting that all the biblical references to the resurrection are from the New Testament except for one, a quote from Job 19. I would guess that the the architects of Christianity could imagine Jewish sources providing prooftexts for the birth and the death, but were not brazen enough to interpret the resurrection of the Christian messiah out of our Tanakh. This reminds me of the Jewish leader who once dismissed any tension between our religions by claiming that the only real difference worth worrying about was the arrival of the messiah. When he at last arrives we just need to ask whether he has been here before. If yes, we apologize to the Christians. If no, they apologize to us.

One last thought. While it might be uncomfortable for a Jew to rise with the audience for the Hallelujah chorus, we can recognize this word—a contraction meaning “Praise God!”—as one of the two Hebrew words used without translation in the oratorio, the other being amen. To have that glorious chorus repeat in uplifting notes our one-word poem of praise to the Lord in the original is actually a moment any Jew can appreciate. A friend once remarked that if you look carefully at the Hebrew letters of Hallelujah, they are the four letters of God’s ineffable name (yud, heh, vav, and heh) and la-la-la. And that is what Handel’s Messiah can be for Jew and Christian alike.

A Jew Goes to Handel's “Messiah” at Christmas