Quite a few masculine and feminine Hebrew words, when pluralized, take the form of the opposite gender. Why? 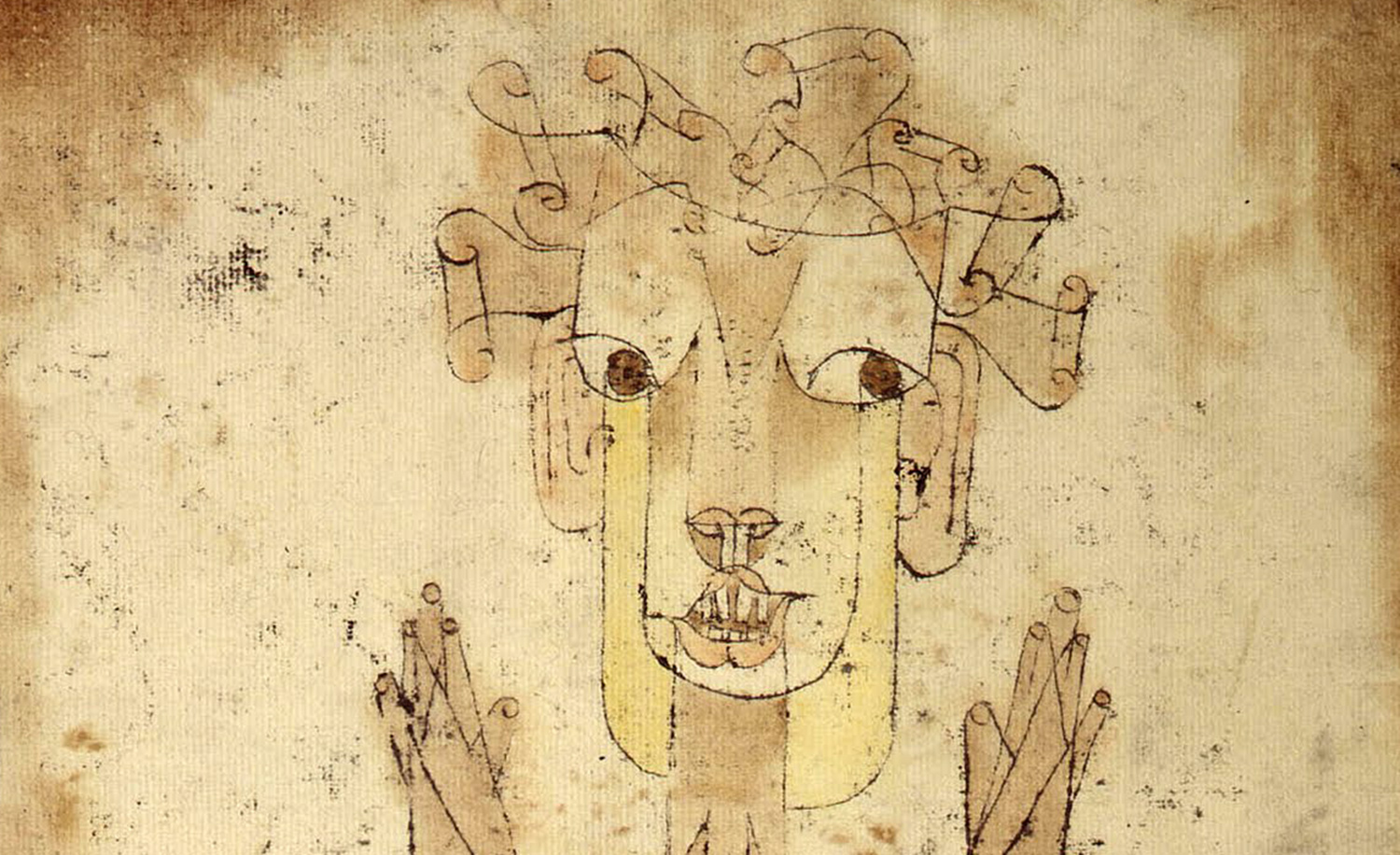 “All inflected languages have irregularly declined nouns; that’s quite common. But I wonder if in Hebrew there is an idea that is embedded in particular irregularities. For instance, why is so essentially masculine a word as avot [fathers] pluralized in a feminine way, or so essentially feminine a word as nashim [women] pluralized in a masculine way? Is there a reason for this?”

The gender and the plural forms of Hebrew nouns, and the relation between the two things, can indeed be both puzzling and exasperating. The two examples cited demonstrate why. The Hebrew word for “father” is av and the Hebrew word for “woman” is ishah; the Hebrew masculine plural ending is –im and the feminine plural ending is –ot; logically speaking, therefore, “fathers” should be avim and “women” should be ishot. And yet, as Silver observes, it’s exactly the other way around. (The plural transformation of the first syllable of ishah from i- to na- is a different sort of anomaly that will be dealt with further on.) What’s going on? And why is it that these exceptions should occur precisely in words whose meanings actively include maleness and femaleness?

Gender itself can be unpredictable in most or all of the languages of which it is a central feature. (In many languages, such as English, it is of little or no importance.) Why is the sun, le soleil, masculine in French while the moon, la lune, is feminine? It cannot be because there is, to the human mind, something inherently male about the one and female about the other, because in German, die Sonne, the sun, is feminine and der Mond, the moon, is masculine. And although there are formal criteria that may determine the gender of French nouns—most ending with an “e,” like lune, are feminine while most ending with a consonant, like soleil, are masculine—there are plenty of counterexamples, such as feminine mer, sea, and masculine nuage, cloud. In both French and German, the gender of many nouns has no obvious relationship to their meaning, sound, or structure and must simply be learned, whether by the college student or the prattling infant.

Hebrew, which is even more heavily gendered than German or French, since its verbs also come in masculine and feminine forms, is no different in this respect. Although it does, like French and German, exhibit certain regular patterns, the gender of many of its nouns appears to be arbitrary. There is no discernible reason why a word like ḥerev, “sword,” should be feminine while its rhyme-word erev, “evening,” is masculine, or why tsinor, “pipe,” should be masculine when tsipor, “bird,” is feminine. Moreover, Hebrew nouns have an additional complication not found in French or German, which is that their plural forms are gendered, too. Thus, pluralized ḥerev. besides undergoing an internal vowel shift, takes the feminine suffix of –ot, so that “swords” is ḥaravot, while erev takes the masculine suffix of –im and “evenings” is aravim.

So far, so good. The problem is, as Silver points out, that the –im and –ot endings do not occur consistently. Masculine tsinor, for example, takes the feminine –ot, becoming tsinorot when pluralized to mean “pipes,” while feminine tsipor takes the masculine –im, becoming tsiporim when pluralized to mean “birds.” And to complicate matters still further, such inversions do not apply to the adjectives that modify these nouns. Thus, the masculine form of the adjective “large” being gadol and the feminine form being g’dolah, one says tsinor gadol, “a large pipe,” and tsipor g’dolah, “a large bird”; yet in the plural, “large pipes” is tsinorot g’dolim, not as might be expected tsinorot g’dolot, and “large birds” is tsiporim g’dolot, not, as one might think, tsiporim g’dolim. In other words, tsipor remains feminine in the plural; it just takes the ending of a masculine noun.

Is there, Silver asks, an “idea” behind this seeming randomness? If by “idea” is meant some hidden principle that would enable one to determine in advance when and in what ways the gender and the plural of a Hebrew noun will be irregular, the answer is no. Yet if the question is whether there is a historical explanation of how such a situation came about, scholarly theories do exist, though none of them, it must be said, has managed to convince anyone but its own partisans.

All of these theories rest on two assumptions. The first is that no historical explanation can be restricted to Hebrew alone. Since the irregularity of nouns in respect of gender and pluralization is an ancient aspect of Hebrew already found in the earliest books of the Bible, one must look to Hebrew’s pre-history for its genesis; and since Hebrew is a Semitic tongue belonging to a family that includes such living representatives as Arabic, neo-Aramaic, and various Ethiopian languages, as well as extinct forms of speech like Akkadian and Phoenician, this calls for a consideration of Proto-Semitic, the parent language, partially reconstructed on a conjectural basis by linguists, from which the entire Semitic family descends.

The second assumption is that, since gender and pluralization are irregular in much of this family (though not necessarily in the same ways as in Hebrew), a division of all nouns into masculine and feminine, or alternately, into singular and plural, was probably not an original feature of Proto-Semitic. Or to put it differently: what one sees in Hebrew and other Semitic tongues is most likely the result of  Proto-Semitic’s replacement of an older grammatical system of noun classification with a later one. Because, it is argued, this involved the imperfect superimposition of one system on another, numerous irregularities were left in its wake.

When it comes to what this original system might have been, however, the theories differ greatly. One example will have to suffice as an illustration. First proposed by the German Semiticist Karl Brockelmann, it holds that, early on, Proto-Semitic did have masculine and feminine nouns but did not have a true grammatical plural. (Not a few of the world’s languages lack such plurals and pluralize their nouns by reduplicating them or qualifying them with adjectives like “many.”) The marker of feminine Proto-Semitic nouns was the suffix –t, which, when preceded by certain vowels, changed to “ah”—a shift that can still be detected in both Hebrew and Arabic, where the lost –t is restored in the possessive case. (Thus, for example, whereas the Hebrew word for “girl” is yaldah—“boy” is yeled—a schoolgirl is yaldat bet-sefer, and yaldat was no doubt the original form of yaldah in the nominative case, too.)

One of the functions of feminine nouns in Proto-Semitic, Brockelman noted, was to indicate a collectivity or class of people or things. One can see this in the Bible, where the masculine noun melekh means “king” and its feminine derivative m’lukhah (originally, m’lukhat) means “kingship.” Similarly, the masculine noun kohen, “priest,” takes on the meaning of “priesthood” when femininely suffixed to become k’hunah (originally k’hunat). Since kingship is the collective institution that includes all kings, just as the priesthood is the collective institution that includes all priests, Brockelmann theorized that, over time, -at or –ot developed into a pluralizing suffix that could be and eventually was attached to every noun, masculine or feminine. Therefore, according to this hypothesis, all Proto-Semitic masculine nouns once had “feminine” pluralizers.

The next step, Brockelmann contended, would have been for a masculine Proto-Semitic pluralizer to develop, too. This was probably based on a lengthening of the final vowel of the nominative case of masculine nouns and took the form of a suffix composed of a vowel and the consonant “m” or “n.” Now, there were two plural forms, a feminine and a masculine, yet the process was incomplete, because not all masculine nouns had their previous feminine plural suffix replaced by the new masculine one, while in the confusion, some feminine nouns had the new suffixes attached to them. Thus, av retained its old feminine plural of avot, while ishah, “woman” (formed from ish, “man”), was given the masculine plural of nashim. (The original forms of ish and ishah were insh and inshah, and even after the “n” dropped out of the singular of these words in very early Hebrew, it remained in the masculine and feminine plurals of anashim and nashim.)

Brockelmann’s theory, stripped down here to its barest essentials, is but one; there are others. All have their strengths and weaknesses, their challengers and defenders; all draw their evidence from morphological and grammatical details in half-a-dozen or more Semitic languages, and none enjoys wide scholarly acceptance. Meanwhile, you’ll just have to learn these things by heart. And if you’re wondering what is the plural of the masculine Hebrew noun for “heart,” lev, it happens to be l’vavot.