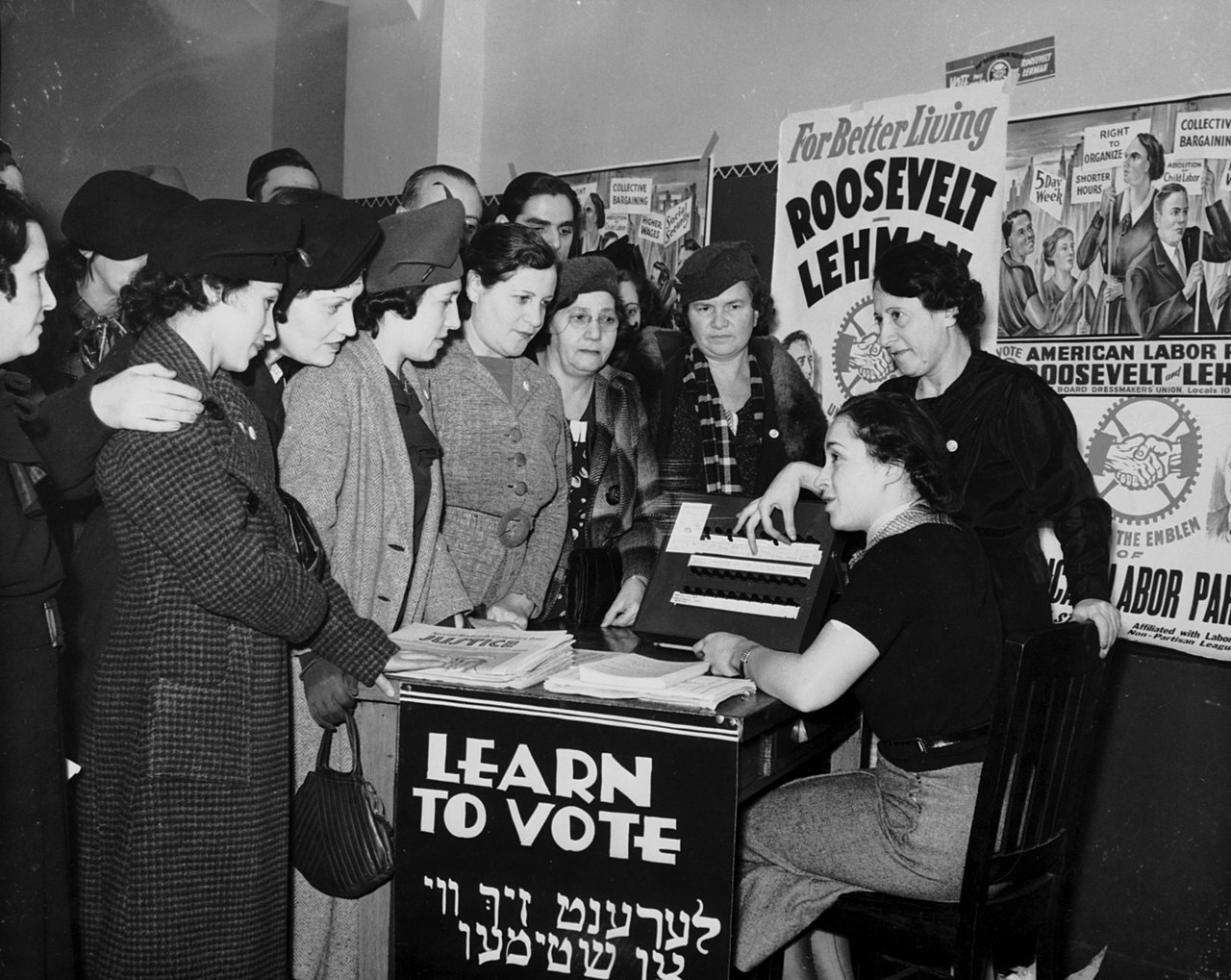 “Periodically, old Yiddish words pop up in my head, but I’m not always sure what they mean or how to spell them. The people I’ve asked who know scholarly Yiddish haven’t been able to give me answers. Here are a few of these words, used by my parents and grandparents, that don’t show up in the standard vocabulary lists:

“Chalupky. This referred to a beat-up old car, or possibly, to a rundown house.

“Vaidel. A weak or dumb person, as in ‘Don’t stand there like a vaidel, do something!’ or ‘Grandma didn’t care for her husband. He was a vaidel.’

“Ma Habetzky’s. A remote or arcane store of some kind. For example, ‘He had to go to Ma Habetzky’s for the hat.’

“Your help is needed!”

Although by “people who know scholarly Yiddish” I assume that Mr. Gitell is referring to those who have learned their Yiddish in the classroom rather than to true scholars of the language, who could certainly answer him as well as I could. I’ll do my best.

Let’s run through his four words and phrases one by one:

1) Chalupky (with the initial “ch” as in “Bach” and the stress on the middle syllable). This comes from East European Yiddish khalupe or khalupke, a peasant hut or cottage, which in turn derives from Polish chałupa or chałupka, having the same meaning. Originally, in the derogatory sense remembered by Seth Gitell, this word must have referred to a house. Subsequently, it would have been extended to other things as well, such as an old car.

2) Vaidel, or veydl in standard Yiddish orthography, means “tail.” Yet in colloquial Yiddish, it also has the meaning of penis or “prick”—which Mr. Gitell, hearing the word from his elders as a boy, took to mean “a weak or dumb person.” Indeed, that’s often how prick is used in English, too. In East European Yiddish, however, I’m not aware of veydl being used in this way.

A word for “tail” that also denote the male sexual organ is found in many languages. Our word penis, in fact, which comes to English via old French, originally meant a tail in Latin. Although it had its sexual sense already in Roman times, it still retained its primary meaning of “tail.” This it lost this in medieval France, where its secondary meaning took over and was granted a respectability that the Romans did not accord to it.

3) Ma Habetzky’s. This is an expression I’ve never comes across and that stumped me at first. It certainly didn’t exist in the Yiddish of Eastern Europe, in which “Ma” was never a term for “Mother.” But it’s not in my Random House Dictionary of American Slang, either. What could it mean and why?

I can only hazard a guess, based on Mr. Gitell’s memory that “Ma Habetzky’s” referred to a store that sold odd or hard-to-find items. Since “Habetzky” or “Hobetzky” could be composed of the Yiddish verb hobn, “to have,” plus “-etzky” added as a typical ending of a Jewish last name, might not “Ma Hobetzky’s” be a way of referring to a small-town general store, run by Jewish immigrants, that had or seemed to have everything? Need a hat? A broom? A fishing rod? A sack of rye flour? Try Ma Habetzky’s. “I’m looking for some beeswax and a roll of Grade D tarpaper,” a customer tells Mrs. Chaimovitch, who is busy selling someone else a pound of butter. “Yo, ikh hob dos,” “Yes, I have that,” she replies. The townsfolk, who can’t pronounce Chaimovitch, call her Ma Habetzky, and pretty soon this spreads and “Ma Habetzky’s” becomes a term for any such store.

Am I ready to swear to this? No, but it does strike me as likely.

4) Mish dig and doneshta, on the other hand, while it looks and sounds like a Gaelic greeting, is genuine Yiddish. Or rather, it’s a garbling of Yiddish yedn montik un donershtik, “every Monday and Thursday,” an idiom meaning “regularly” or “all the time.” The same expression exists in Hebrew as kol sheni v’ḥamishi, though which language took it from which is uncertain.

Whichever it was, the source of the phrase is clear: it’s the custom of reading from the Torah in the synagogue on Monday and Thursday mornings. The practice of Monday and Thursday Torah readings is attributed by the Talmud to Ezra the Scribe, who is said to have instituted it upon returning to the Land of Israel from Babylonia after the building of the Second Temple. In all likelihood, Ezra chose these two days because they were market days on which villagers came to town to buy and sell produce, and so could be easily convened.

Since then, nearly 2,500 years have gone by and the Torah is still read every second and fifth day of the week, yedn montik un donershtik, week in and week out. You can’t get much more regular than that.

What all four of Mr. Gitell’s examples have in common is that all are Americanisms, things that happened after Yiddish reached the United States. In some cases, like that of khalupke and “chalupky,” the change was minor. In others it was great, although garblings like “mish dig and doneshta” probably represent no more than the faulty memory of a single person. Not that it doesn’t sound splendid. Top o’ the mornin’ and mish dig and doneshta to you, too!