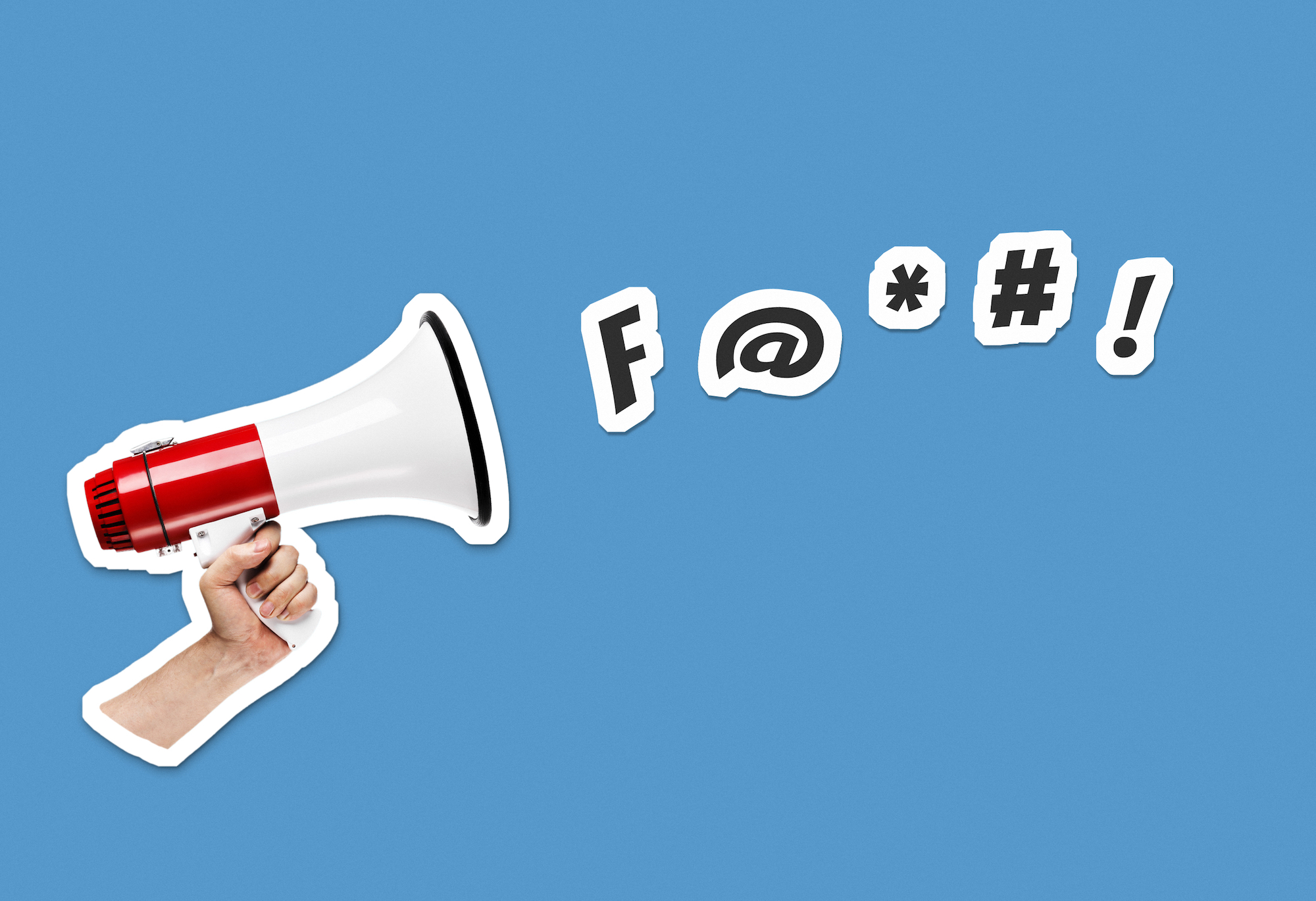 It’s been nearly 30 years since James Baker, then President George Bush’s Secretary of State, made his memorable remark about America’s Jews (I quote from the Chicago Tribune of March 15, 1992), “— ’em! They didn’t vote for us.” Other versions had Baker saying, “They don’t vote for us anyway,” and different newspapers found different ways of truncating the f-word, but none of them spelled it out in full.

This was at a time in American history when taboos against the public use of f— had already been greatly eroded. Looking to the future, then, one might have expected that after three more decades in which English speakers would be regularly exposed to the once forbidden word in almost every conceivable form—in books, in magazines, in movies, in music lyrics, on television (though not on most commercial channels), on the Internet, on social media, in ordinary conversation between people who previously shunned it—f— would have its missing letters restored by the mainstream press. Yet what do we find when Donald Trump turns on Benjamin Netanyahu for the latter’s congratulatory message to Joe Biden on winning the 2020 election? “F⸺ him,” the Los Angeles Times had Trump saying. So did the Boston Globe. Bloomberg Businessweek spelled it “F- – -,” the British Independent “F***,” the Jewish Forward “F⸺k ,” and the Times of Israel “F*ck.” For them all, the whole word was as unprintable as ever.

One wonders why this is. After all, in our increasingly permissive age, other swear words had such restrictions done away with long ago. Newspaper usages like “h-ll” and “d—” disappeared by the mid-20th century. Even spellings like “sh– ,” “pr—,” and a–” have vanished from most major newspapers. The f-word alone continues to be partially censored.

I can think of two opposed explanations for this. One would be to say that there is something inherently threatening about f— that, as common as its various colloquial forms may be, makes us react to them as other expletives do not. The second explanation would be to contend that, on the contrary, our greater aversion to f— is socially determined and simply a question of the value we assign the word. Swear words have their hierarchies. Making some more offensive than others serves a need, because it allows us to choose which to use or refrain from using according to our sense of who we are and of the social situation we are in. There has to be some word at the hierarchy’s top, one considered the most offensive of all, and English speakers have settled on f— to be it, even though they could just as well have opted for something else.

The truth may well lie midway between. It certainly is the case that what is taken to be a curse by the speakers of one language may not be one at all for the speakers of another. In Hebrew, yimaḥ shimkha, “may your name be erased,” is a very nasty thing to say to someone; elsewhere it would meet with a quizzical shrug. A ruekh in dayn tatns tatn arayn, “A devil take your father’s father,” might infuriate a speaker of Yiddish, whereas it merely sounds funny to one of English. Among Arabs, yiḥrib betak, “let your house be destroyed” can be an invitation to a fistfight; it would not create a stir among Swedes. “Tabernak!”, which refers to the sacred container in which the eucharist is kept in a Catholic church, sounds vulgar to a French Canadian but not to a Parisian. There is nothing inherently outrageous about any of these expressions. Their power to hurt or scandalize is given them by the linguistic norms of their environment.

Another category of swear words, however, cuts across linguistic and cultural boundaries and exists in almost all languages. Most of the words that belong to it have to do with sex, the sexual organs, or excrement, and they are a sign of how uncomfortable much of the human race is with these parts of the body and their functions. There is probably no language, for example, in which calling someone a “shit” or some variant of it is not thought to be highly offensive, even though your pet dog, could it speak, might think this odd. Why should anyone mind being referred to by a substance that no dog hesitates to deposit on the street in broad daylight?

F— belongs to this category. And yet there is a difference, I submit, between it and other words of its kind, which is that, no matter how it is used, f— has menace built into it in a way that other expletives do not. Although one can exclaim “shit!” in annoyance or irritation, the word, when used in a sentence like “There’s dog shit on the sidewalk,” can be emotionally neutral, as can others in the universal group. This is not so for f—. Its threatening overtones go back, it would seem, to its original sense of having sex, for as tenderly or lovingly as one may try to use it, there is no avoiding its implied coarseness toward the sexual partner or its suggestion that sex and aggression are linked. It is indeed almost impossible to say something like, “Hand me the f—ng screwdriver,” “I don’t give a f— about that,” or “the dishwasher is f—d” without sounding angrily aggressive rather than merely impatient, dismissive, or disappointed, as one might be the case were one to choose a different swear word.

There is something potentially explosive about f— that we all are aware of, even if we generally use it and its permutations in the most casual or trivial ways—something dangerous that says: “If I were to really act the way I feel, you had better watch out.” And watch out we do by continuing to chop off some or most of the word’s letters. It’s not so much prudery as a symbolic attempt at self-defense, at demonstrating that even if we now let f— into our newspapers, we can still control and contain it and the emotions it evokes. If civility is all about keeping a lid on ourselves, truncating f— remains a civil gesture.