Some have claimed that the hybrid dialect is on its way to becoming a new Yiddish, as different from 21st-century English as Yiddish is from medieval German. Are they right? 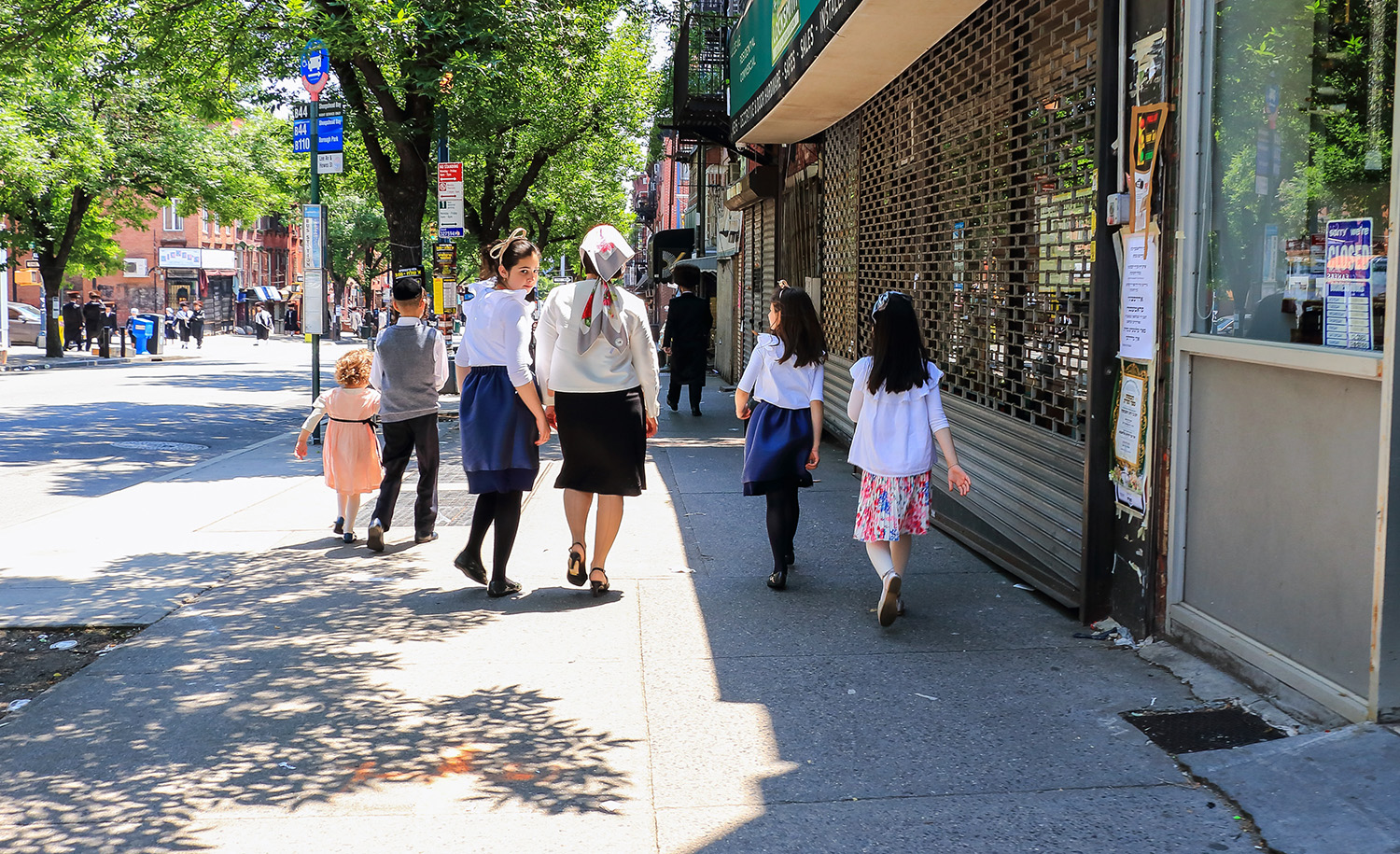 “Where are you holding?” asked the email I received from an English-language editor at a Jerusalem publishing house with which I was working on a project. Although English was the editor’s native language, she did not phrase her question in normal English. I recognized it as “Yeshivish,” a form of English, peppered with rabbinic Hebrew and Aramaic, and with Yiddish calque expressions, that is spoken today in the world of yeshiva students, their families, and parts of the Jewish Orthodox community. The Yiddish verb haltn has the primary meaning of “to hold,” and the editor’s question was a literal translation of vu halt ir, whose idiomatic sense, often regarding someone’s progress in a talmudic or rabbinic text, is “Where are you up to?” or “How far have you gotten?”

Yet while the editor was writing in Yeshivish, what struck me was that she did not seem to realize she was doing so. Generally, Yeshivish speakers use it only within their own community. There is not much point, after all, in saying things like “I’m not dealing with the question gufa” (in itself), or “Let me put it to you poshut” (simply), if you know your interlocutor is not going to understand you. Theoretically, the same should have been true for “Where are you holding?” But although the editor had no reason to believe that I knew or spoke Yeshivish, she apparently used this phrase anyway because she was under the impression that it was ordinary English, or at least, ordinary Jewish English.

Could she have been right? Are we in a new stage in the development of Yeshivish, one in which it begins to spread beyond the confines of its original speech community, so that before too long non-Orthodox Jews like myself will be saying things like “I’m holding halfway through Pride and Prejudice,” or “Where is he holding in medical school?” And to pose an even more far-reaching question: is Yeshivish, as some have claimed, on its way to becoming a new Yiddish, a form of American (and British) Jewish speech as different from standard 21st-century English as Yiddish is from the medieval German it sprang from? Are we witnessing the birth, right under our noses, of a new Jewish language?

This is a claim that might appear to be greatly exaggerated. It is true that the Orthodox Jewish community in America is growing (it is the only part of the American Jewish population that is), as is the number of its yeshiva students and Yeshivish speakers. But Yeshivish does not have many of the aspects of a separate language, such as a grammar or a phonetic system of its own, in respect to which it resembles standard English almost entirely—and while it does have its own vocabulary, this is heavily concentrated on specifically Jewish matters. Two Yeshivish speakers conducting a conversation about the proper time for daily prayers, or how best to rid a home of its leaven before Passover, may not be comprehensible to non-Yeshivish speakers, but this isn’t the case if they are discussing last night’s Mets game or the purchase of a new car. Then, although they may throw in an occasional “avade” (of course), “efsher” (perhaps), or any one of dozens of other Yeshivish words, they will use essentially the same language as would ordinary English speakers. (True, there is a very funny YouTube skit in which a major league baseball game is broadcast in undiluted Yeshivish, but this is pure parody having nothing to do with an actual speech situation.)

In this respect, it must be said, Yeshivish is far less of a language in its own right than is, say, a dialect like Black English, whose many grammatical constructions that are not found in standard English, joined to a distinct pronunciation, can make it difficult for an ordinary English speaker to understand even in ordinary situations—and it is even less so when compared, say, with regional dialects in England. Although many of these have weakened or disappeared in recent decades under the impact of mass communication, I can remember being in parts of England in the 1960s—Yorkshire, for example—where I could have sworn I was hearing a foreign language. Indeed, had Yorkshire been an independent country, its speech might have been recognized as one. One thinks of the Yiddish linguist Max Weinreich’s immortal comment that “a language is a dialect with an army and a navy.”

Yeshivish will never have an army or a navy. But it will have, if current demographic trends persist, an increasing number of Orthodox and ultra-Orthodox speakers who will speak it in their homes and to their children, and as they do, it is not impossible that it will depart from standard English in more and more ways. It may never evolve away from it as much as Yiddish did from German, if only because Yiddish was heavily influenced by Slavic languages like Polish and Ukrainian, no analogies to which exist on the American scene. Yiddish only became true Yiddish when its speakers migrated from Germanic lands to Eastern Europe, just as Ladino, Yiddish’s Spanish-based Sephardi counterpart, came into its own when Jews took it with them to the Turkish and Greek-speaking Ottoman empire after their expulsion from Spain.

Yet as has been pointed out by Sarah Benor, the foremost linguist working in the field of American Jewish speech today, Yiddish and Ladino may be the wrong languages to compare Yeshivish with. There have been many other so-called Jewish languages over the centuries, such as Judeo-Persian, Judeo-Italian, and Judeo-Provençal, which did not differ all that much from their non-Jewish progenitors, in great measure because their speakers stayed where they were and remained subject to the latter’s influence. As with Yeshivish and English, the grammar and pronunciation of Judeo-Persian, for example, were basically the same as those of Persian; what was unique was their specifically Jewish vocabulary. If we think of it this way, there is no need to speculate whether a Judeo-English is being born. Commonly called Yeshivish, it already exists.