A musical expert joins us to chat about one of the most important and unique figures in the world of Jewish music, and share some of his most captivating songs. 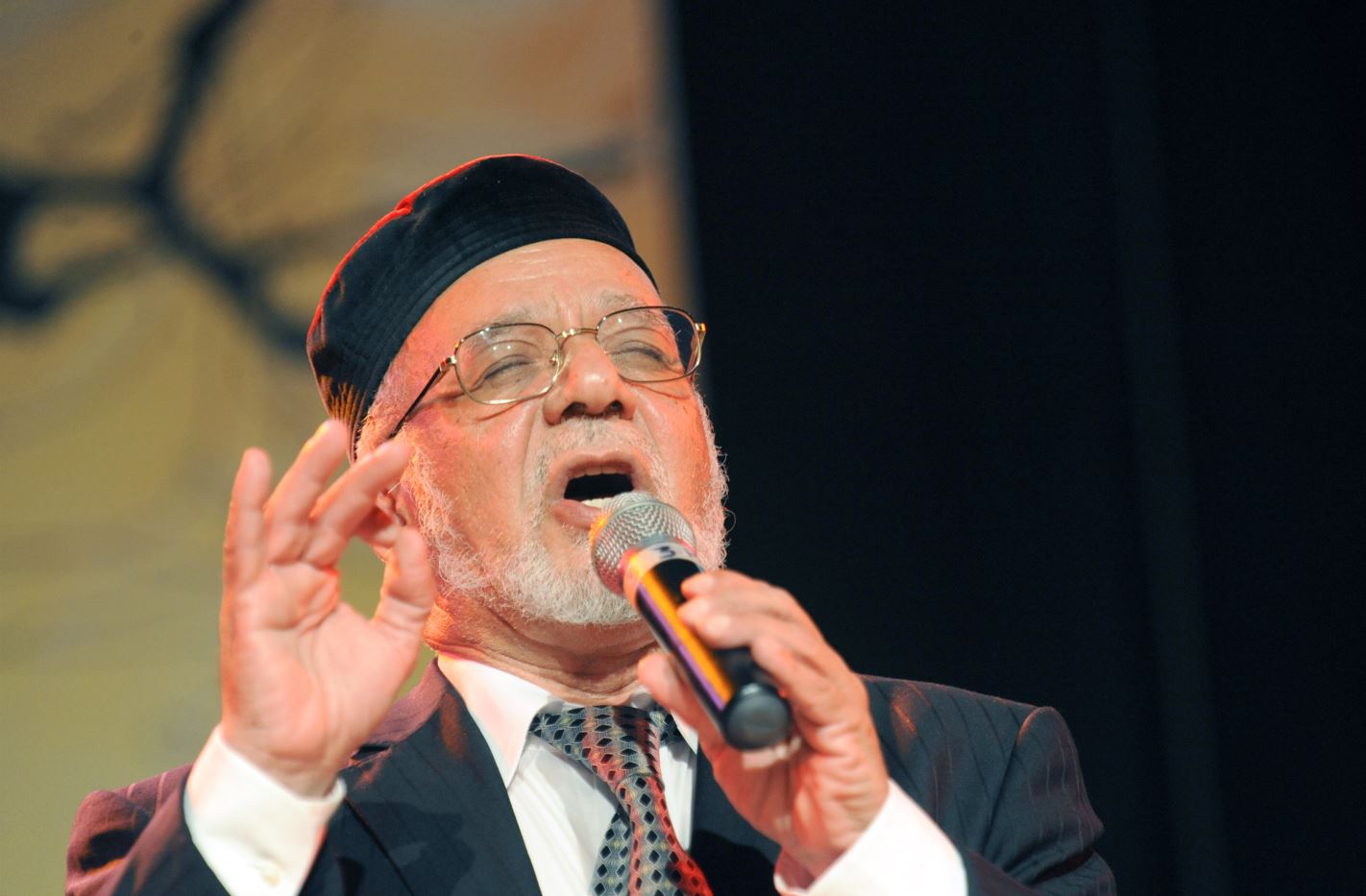 On October 29, 2009, Rabbi Haim Louk performs with the Moroccan orchestra Zyriab during the 6th festival of the Atlantic Andalusias in Essaouira, Morocco. Photo by Abdekhak Senna/AFP via Getty Images.

Observation
Yair Harel and Tikvah Podcast at Mosaic
About the authors


Yair Harel is an Israeli vocalist and musical director.

Just as Israeli society has become more at home with Judaism, so too has Israeli music. Across the Israeli music scene, songs and albums infused with religious themes, language, and sentiments have become far more popular in recent years. And a similar movement can be seen in Israeli culture; once dominated by an Ashkenazi elite, Israeli music now relates to its Arab neighbors as much as it does to the musical traditions of Europe and America.

Haim Louk, a Moroccan-born rabbi, prayer leader, and musical virtuoso, is one of the main reasons that Israeli music is now more at home with itself. On this week’s podcast, we’re joined by the Israeli vocalist and musical director Yair Harel, who takes us on a listening tour of Louk’s music and his artistic formation. Though religious in nature, Louk’s music can, as Harel shows, be easily grasped by non-religious audiences—so much so that one can’t truly understand much of Israeli popular music today without understanding Louk’s influence.

This essence of trance is something that is built into the piyyut (liturgical poetry) setting. You can have many many stanzas to a piyyut—in this case it might be ten or twenty—and basically the melody is repeating itself. This repetition is happening all the time, which is an important element in trance—you’re surrendering to it. It’s repeating, but it’s not actually repeating. It’s always moving slowly, slowly forward.

Also, in the performance there are always small variations to the melody. The words also contribute, because the words change sometimes. There are also phrases that repeat and phrases that change. In this case, the piyyut goes in alphabetical order—for every letter, there’s a phrase. That also takes you from step to step, and the rhythm grows slowly, without being pushed forward. If you’re in it, you’re not supposed to feel when it happens. But suddenly you find yourself going faster and faster, and if you surrender to it there’s the quality of listening, of being open, with someone who knows how to lead it. It’s rare in modern times, when everything goes fast and a song has to be three minutes long in order for someone to listen to it.