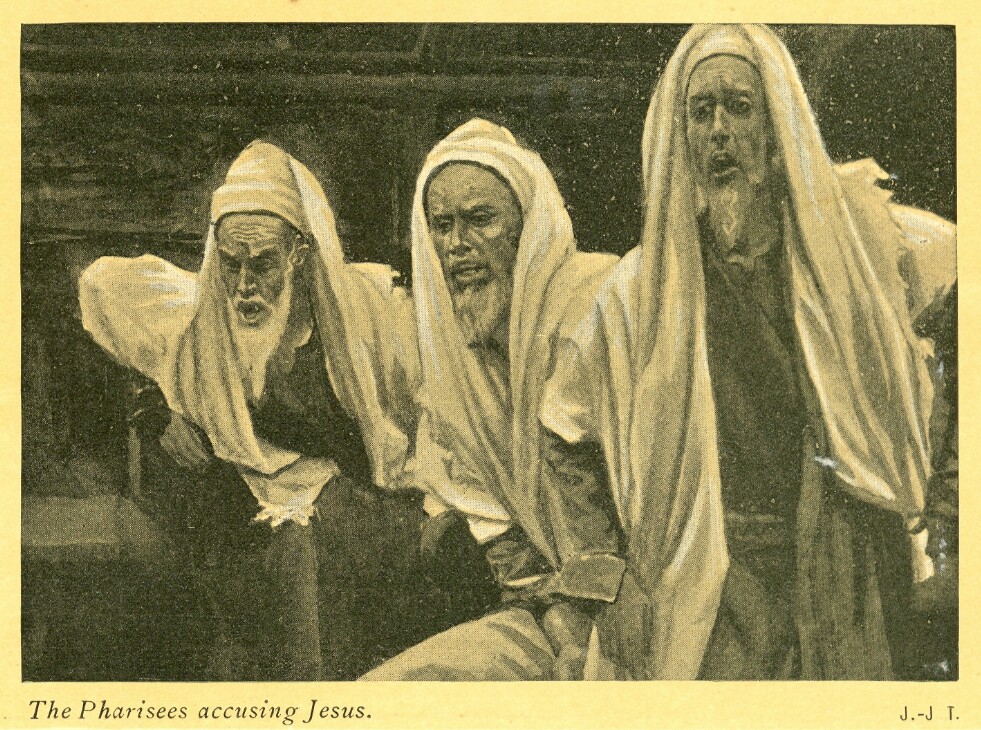 An engraving of the Pharisees accusing Jesus.

I didn’t need to have been a non-resident of my native land of the United States for the past half-century in order to draw a blank when faced with Anti-Defamation League head Jonathan Greenblatt’s statement, made in response to recent remarks about American Jews by the former president Donald Trump, that these constituted “Jewsplaining.” An absence of a dozen years would have done just as well. The “splaining” part of “Jewsplaining,” I discovered upon looking into the word, entered the American language in the vicinity of 2010, when the term “mansplain,” a compound of “man” and “explain,” was coined by an unknown neologist to denote someone of the male sex who, as defined by Wikipedia, “comments on or explains something to a woman in a condescending, overconfident, and often inaccurate or oversimplified manner.” A mansplainer thinks that men always know best, no matter how dumb he is or how smart is the women he is conversing with.

The word caught on and soon spawned imitations: womansplaining, whitesplaining, blacksplaining, straightsplaining, gaysplaining, etc. All are part of a limited but linguistically productive trend that has affected English in recent years and in which the second half of a compound word, such as Watergate or whitewash, is decoupled from its first half and rejoined to a new partner. We have thus witnessed the appearance of words for scandals like Contragate, Iraqgate, Housegate, and Doublebillingsgate, and of such words as pinkwashing, sportswashing, and sharewashing for the concealment of a social or political injustice behind a screen of alleged fairness in some other area.

To disambiguate the term, some writers have referred to the first of these two phenomena as goysplaining and have reserved Jewsplaining for the second. Frankly, now that I have made their acquaintance, I find both words idiotic.

Why do I say this? Because both express an interlocking complex of ideas that no thoughtful person could possibly subscribe to. Among them is the notion that there is such a thing as a distinctively Jewish or non-Jewish way of thinking and talking about Jews or about anything else; that there is something inherently wrong with non-Jews expressing themselves on the subject of Jews or, on the contrary, with Jews telling non-Jews when they do this that they are mistaken; and above all, that a person’s views should be related not on their own merit but on the basis of the group—racial, ethnic, religious, social, political, or sexual—to which he or she belongs.

All this, of course, is a consequence of the Culture and Politics of Identity that have (and I say this as a citizen of Israel, which suffers badly from these things, too) poisoned American public life and caused much of American public discourse to become increasingly ugly and foolish. A society that can recognize individuals only as extensions of the collectivities to which they are assigned—men and women, black people and white people, persons “of color” and not of color, Jews and Gentiles, straights and LGBTs—is a society that has lost all sense of human worth and human accomplishment.