What the Israeli Show "Tehran" Means to This Iranian

The spy show seems so accurate I found myself wondering whether its creators are themselves former Mossad agents who spent time in the titular city. 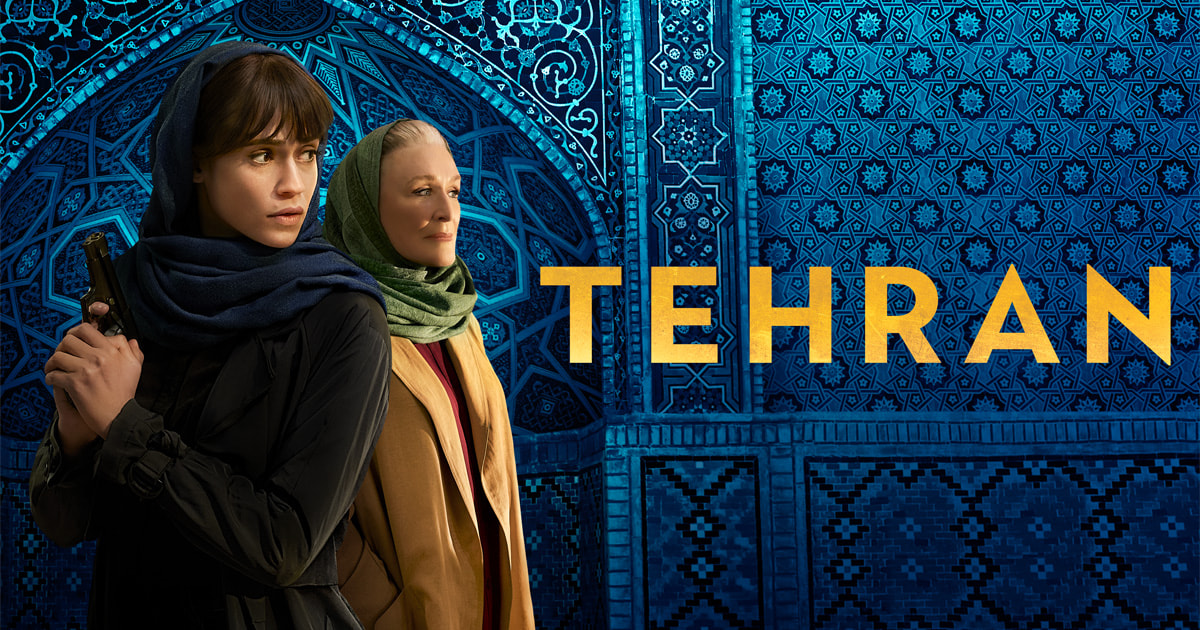 Observation
Shay Khatiri
About the author

Shay Khatiri is a foreign-policy writer for the Bulwark and has a Substack newsletter, The Russia-Iran File, where he examines the domestic politics and foreign policies of Russia and Iran. Born and raised in Iran, he studied at the John Hopkins University, School of Advanced International Studies and is currently seeking political asylum in the United States.

Israel’s TV boom continues apace. Fans all over the world, most of whom are neither Israeli nor even Jewish, are binging Fauda, Shtisel, The Spy, and other shows that now populate the most popular streaming websites. As an American immigrant from Iran, I’ve taken a special interest in Tehran, an Israeli series that tells the story of a Mossad agent deployed to the country of my birth in order to sabotage its nuclear-weapons program.

Tehran stars the Israeli actress Niv Sultan as the covert agent Tamar Rabinyan; over its two seasons viewers are embedded with Tamar on her mission. Through her eyes, we meet local sources and support networks, recruit and turn potential traitors, escape detection, assess the nodes of authority and tactical vulnerabilities of the Iranian elite, and experience both the technical capacities and bureaucratic limitations of fellow agents back at headquarters.

The show has everything one could want from the genre: suspense, plot twists, a compelling hero, fully realized characters, sophisticated spycraft, and just enough verisimilitude to give the audience the sense that it is learning how the Mossad actually operates. But besides the episode-to-episode mystery of how Tamar will manage to fulfill her mission and whether Iranian counterintelligence agents will catch up with her, a different sort of mystery is unraveled for the viewers: that of Iran itself, a country most foreigners—especially Israelis—dare not visit. It is also a mystery for Tamar, who was born there but left as a child and is discovering it alongside the audience.

It may be a cliché to say that Iran is a land of paradoxes, but that makes it no less true, and these paradoxes are especially bedeviling to outsiders because the Islamic Republic has been so cut off from the rest of the world since its inception in 1979. Like Israel, it punches above its weight, getting more attention from the media and policymakers than a land or economy of its size should. Unlike Israel, its increasingly liberal and secular population stands at odds with a repressive and fanatical Islamist regime. This constant tension between ruler and ruled should be evident to anyone who has followed the news in the past few weeks. How Iranian society continues to function despite this adversarial relationship is a mystery to outsiders; indeed, the current attempt at revolution suggests it is not functioning at all.

That makes the accuracy of Tehran’s portrait of everyday life in Iran all the more astonishing. While watching the show, I often found myself wondering whether the writers and even the set designers are themselves former Mossad agents who spent time in the titular city. The street scenes and even the depictions of home decor are so much like the real thing that the show’s director has remarked that Persian Israelis often tell him that they grew up on the street where the show was filmed—even though it was shot in Greece.

It’s not just realia that the series gets right. The first season perfectly captures the nihilism of Iranian youth. We are shown sex- and drug-infused parties attended by unemployed young men and women—either commoners unable to find work or spoiled rich children of the elite who don’t need it—living lives of purposelessness. These scenes accord with my own experience as a teenager in Iran. What so many political scientists and historians seem to miss about the country, the show’s creators understand with sensitivity.

Yet Tehran doesn’t get everything right, and its inaccuracies are also worth noting. In one scene, for instance, anti-regime protesters face off with pro-regime counter-protesters on a college campus in a way that is unimaginable given the oppressive atmosphere at Iranian universities, or Iranian political culture more broadly. More significant is the distorted portrayal of the private lives of the Iranian elite. The main antagonist, Faraz Kamali (Shaun Toub), is a senior Iranian intelligence officer, deeply in love with his wife, Nahid. The names themselves, while perfectly ordinary, are of Persian origin and devoid of religious significance, unlike the Arabic names preferred by the Islamic Republic’s ruling class. It’s impossible to find a couple with Persian names who have made it to the highest echelons of power in Iran.

Even less believable, given her husband’s status, is the fact that Nahid doesn’t wear a chador (the full-length cloak that became the symbol of the 1979 revolution), and leaves some of her hair sticking out from under her hijab. Such relative religious laxity might be tolerated among the masses, but not within the ruling class, and certainly not in the presence of the head of the Revolutionary Guard, as happens in the show. Straining credulity further still is the affectionate, romantic relationship between Faraz and Nahid, which would be unremarkable in the United States or Europe but is extremely unusual for Middle Easterners of their generation. One might find this sort of marriage among a segment of the urban, secular middle class—but not among the fanatics who occupy senior positions in the government. In reality, Faraz would expect his wife to be submissive and obedient and would likely barely acknowledge her presence, let alone see her as a partner.

We find something similar in later episodes, which show the family life of the commander of the Islamic Revolutionary Guard Corps. The idea that someone in his position would play tennis—a bourgeois sport at odds with a regime whose base comprises peasants and workers—with his son is unthinkable; and all the more so that his son would bring home a girlfriend, given religious attitudes toward casual dating. Similarly, we would expect a party attended by the elite to be separated by sex. The collective effect of these errors is to the gloss over the seriousness with which the government takes its religious tenets, and the degree of social stratification that is intimately connected to the regime itself.

Of course, Tehran is meant to entertain, not to create a precise portrait of Iranian society. But Iranians watch the show, and most notice the inaccuracies. More importantly, those watching from inside Iran can’t help but be excited to see the international media pay attention to their lives in a way that goes beyond the headlines or the decisions of their government. Their complaints about the inaccuracies bespeak their appreciation that they are being seen as distinct from their oppressors. Yet, like the proverbial fish who don’t know they are wet, they don’t understand how abnormal, even outrageous, this totalitarian society—which Tehran conveys so accurately—seems to those outside it.

The government has taken note as well, as made clear by what the state-sponsored media has written about Tehran. One newspaper called the series “Mossad’s latest war against Iran.” The Young Journalists Club carefully chronicled various inaccuracies. Another website, calling it “anti-Iranian,” quoted a regime-friendly director who criticized it for being “boring” and for assuming its audience is “foolish.” Such coverage merely betrays the regime’s paranoia—or perhaps rational suspicions, given the depth of Israeli intelligence operations in Iran. Tehran is produced for viewers outside Iran. The regime, however, can’t help but assume that the show is some sort of influence operation aimed directly at Iranians and orchestrated by nefarious Israelis. Above all, this reaction simply reveals the extent to which the government fears Israel.

What has struck me more than anything is Tehran’s depiction of the Jewish state. There is no bridge too far for the Mossad when it comes to defending Israel or saving the life of every Israeli agent. Contrast this with a regime that starves its own population to fund Hamas and Hizballah, that brings in foreign mercenaries to kill its own people en masse every time they grow restive, and whose primary objective is not the security and welfare of Iranians but the maintenance of a religious orthodoxy alien to the majority of its own people. The recent deaths of Mahsa Amini, Nika Shakarami, Sarina Esmailzadeh, and Asra Panahi—not to mention the hundreds of others killed in the recent protests—highlight the gap between the Islamic Republic’s contempt for the lives of its subjects and the lengths to which Israel will go to preserve the life of a single citizen. It shows the depressing contrast between a subject and a citizen.

Watching the show as a stateless Iranian with no government duty bound to protect me, fearful of traveling abroad given how often Iranian dissidents are kidnapped and smuggled back into Iran, and working in Washington, D.C., where Iranian agents abound, I am not merely envious but resentful of the luck of my Israeli friends for being Israelis. Still, in the United States, I at least have some distance between myself and the regime. Iranians inside Iran don’t have such a luxury. What should really terrify the butchers of Tehran isn’t the show’s unflattering picture of their own rule. Iranians know this well. What should worry them is the fact that it allows Iranians to see something so different in Israel, a government that protects rather than subjugates its citizens. How can they not wonder what it might be like to have a government similarly invested in the wellbeing of its citizenry? One wonders if members of the regime’s elite possess the insight to grasp this point.

For all its merits, Tehran is just a television show, but its premise, and its villains, are all too real. After the thrills, and the suspense about what will happen next, each episode leaves me with a sense of numbed sorrow. A band of selfish fanatics inflicts terror on their Israeli and Arab neighbors every day. But they do much worse to the Iranians. Even those who aren’t jailed, beaten, raped, murdered, or bereaved of their loved ones must suffer from the material and spiritual degradation that comes from such subjugation. Iran’s neighbors fear it, as they have something to lose. Its people—who can be seen on television and social media every day risking their lives to protest the regime—are fearless because they have nothing left to live for. That’s the message that the show conveys so powerfully.

What the Israeli Show "Tehran" Means to This Iranian