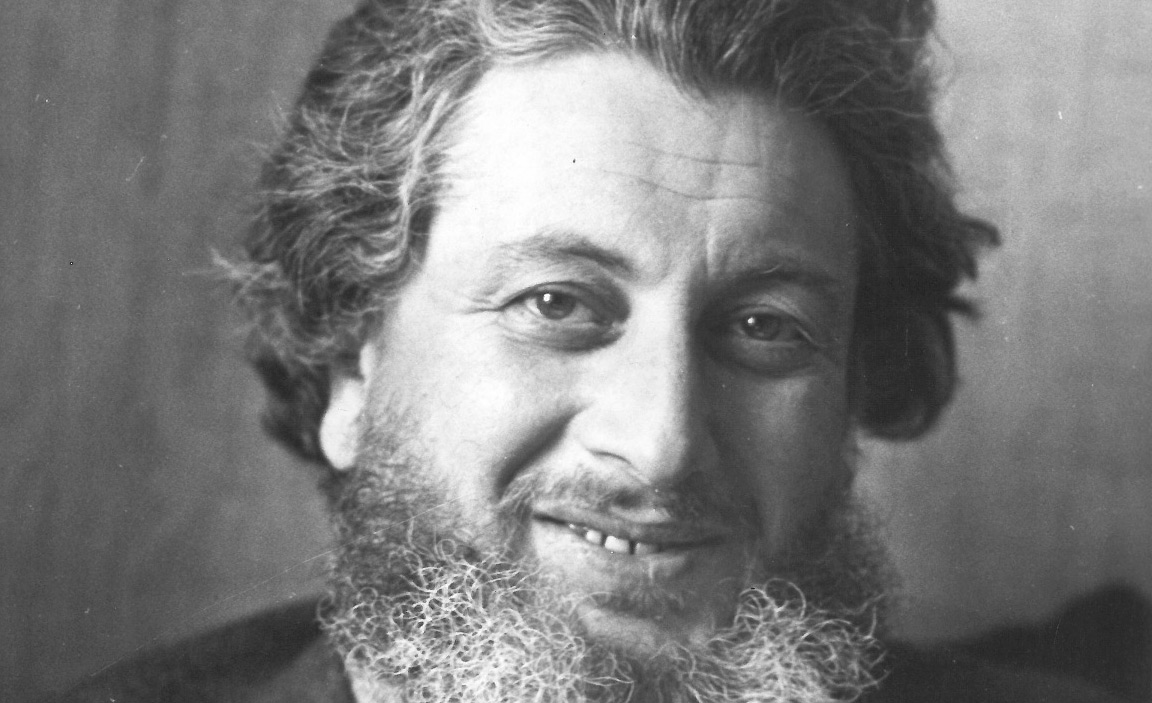 Vladimir Slepak, lionhearted warrior of the Soviet Jewry movement, died in New York on April 23. He will rest in Israel, which became his home in 1987 after seventeen years of fighting the Soviet regime for the right to live there.

Vladimir (Volodya) Slepak was one of the leading figures among the refuseniks—Jews who had applied to emigrate from the Soviet Union but were illegally held back, disenfranchised, and severely persecuted by the KGB and other branches of the regime. He was also a member of the Moscow Helsinki Watch Group, a human-rights organization founded in 1976 and made up mainly of Soviet dissidents. As a dissident, Slepak sought the reform of the ideologically bankrupt Soviet system; as a Jewish activist, he sought to free his own family and others from captivity.

The grandson of a Jewish teacher, Vladimir Slepak was born in 1927. His father Solomon (Semyon)—like thousands of boys and girls of his generation—had abandoned Judaism and embraced the shadowy promise of revolutionary equality. A decorated hero of the civil war in the Russian Far East, Solomon Slepak served as the prototype of Iosif Levinson, a Jewish knight of the Bolshevik revolution in Aleksandr Fadeev’s novel The Rout (1927), a canonical work of early Soviet literature. Seventy years later, his son Vladimir would become the central figure in The Gates of November, a nonfiction account of the Slepak family by the novelist Chaim Potok.

An electrical engineer by training, Volodya, together with his wife Maria (Masha), a medical doctor, joined the Soviet Jewry movement in the late 1960s. Along with countless others, they heard the call in June 1967. Galvanized by Israel’s glorious victory in the Six-Day War, stung by Moscow’s open pursuit of an anti-Zionist (read: anti-Jewish) line, Jews all over the USSR awoke to a shocking awareness of their status as the unwelcome stepchildren of Soviet history. But it took Slepak’s uncompromising commitment to Jewish identity, and his moral and physical strength, to rise in open opposition to the regime.

Slepak’s legacy, a starkly illuminated page in the history of Russian and Soviet Jews, is one of fearlessness, audacity, and valor. Among his fellow refuseniks, he was famous for his heroic conduct during protest demonstrations when he would charge KGB thugs with his mighty torso before they had a chance to strike and haul him away. The Slepaks’ day of glory fell on June 1, 1978, when Volodya, Masha, and Ida Nudel, another legendary activist, flew banners of protest from the balconies of their apartment buildings in Moscow. The Slepaks were living right on Gorky (now Tverskaya) Street, the city’s central thoroughfare, and the slogan on their banner resonated with that age-old supplication of Jewish history, “let our people go.” They acted, moreover, in broad daylight, in plain sight of the public, their banner aimed almost directly at the equestrian statue of the medieval Grand Prince Yuri Dolgorukiy, often regarded as the city’s founder.

Of course, the three protesters were immediately arrested and tried in court. Vladimir Slepak and Ida Nudel were sentenced to five years of forced exile; Masha Slepak received a suspended sentence. Although formally they had been charged only with public disorder, the harsh verdicts were meant to send terror into the hearts of Jews throughout the USSR. But the refusenik movement was not thwarted. In the eyes of much of the world, Vladimir Slepak and Ida Nudel had become “Prisoners of Zion,” members a pantheon that would also include Natan Sharansky, Yosef Begun, and others condemned to serve time in jails, labor camps, and faraway places of punitive exile.

My parents and I met the Slepaks in Moscow in late 1983 or early 1984 upon Volodya’s return from exile in a remote province in the Trans-Baikal. Our family had just entered the second spiral of our struggle to break out of the limbo in which refuseniks typically found themselves after applying to emigrate. My father, David Shrayer-Petrov, had already completed the first part of Herbert and Nelly, a fictional saga of the refusenik ordeal that he had clandestinely sent out in microfilm for publication in Israel. In our Moscow apartment, located near the Institute of Atomic Energy, he and my mother, Emilia Shrayer, had created a salon for refuseniks as well as for writers, visual artists, and musicians banished by the Soviet system. Aside from personal affinities and a shared sense of mission, the Slepaks enjoyed the atmosphere of our home, where both poetry and history held court and where not only elders of the movement but young people congregated and—and much to the Slepaks’ delight—partied defiantly.

I was then eighteen, a university student and young refusenik living a double life. In the years 1984-1987, the Slepaks were regular guests at our Moscow apartment, and our families also saw each other frequently at various public and private occasions. Jovial drinking and an outpouring from the couple’s bottomless trove of activist stories and prison anecdotes accompanied our many shared meals. Like a stately bull who had miraculously survived years of fighting, Volodya would doze off during after-supper conversations in our kitchen, as imposing in slumber as when awake. I will never forget his weighty silver curls—the mane and the beard of a biblical prophet—and his grin, like that of a Judean zealot primed always for battle and self-sacrifice. My shoulders still remember the warmth and steely embrace of his bear hugs.

To me, the round, bespectacled face of Masha Slepak carried a special, dolorous beauty that I associate with certain Ashkenazi women in Slavic lands. Even in her lightest moments, sadness fluttered over Masha’s countenance. Both of the Slepaks’ sons, Leonid and Alexander, had been permitted to emigrate, but the parents themselves were still held hostage, and I sometimes felt that they, Masha especially, regarded me with an almost parental tenderness. In Masha’s big eyes I read an unspoken reproach addressed to all refusenik parents, both for the life they had chosen for their children and for having jeopardized the unity of their families. An unfair reproach, but understandable.

When we first met, the Slepaks were living in the same communal apartment from which they had unfurled the banner of refusenik protest back in 1978. To me, the site held mythological significance. On Friday nights, when we visited them at home, Masha would light the candles and then, eyes closed, whisper the Hebrew blessings interspersed with simple Russian pleas addressed to the Almighty: “Please let me see my boys this year.” Sometimes, without saying a word, one of us would gesture for the ever-ready pad and pencil so as to avoid the risk of sharing information with “listeners.”

I remember a day in October 1985, at the beginning of what would become the most trying period in our family’s own refusenik history. My father, Volodya, and I stepped out onto the balcony for some air. Down below, Gorky Street pulsated, Red Square on our right, the monument to Alexander Pushkin, the great poet and friend of fighters against tyranny, on our left. My father and Volodya were talking about the prospect of arrest and imprisonment. “The earlier you go to jail, the earlier you’ll get out,” Slepak said, the rays of his relentless smile converging in the corners of his mouth. My father said nothing in reply. Back then, so bleak did things look, we could hardly imagine that two years later, in June 1987, we would be leaving Moscow for good, and that the Slepaks would be seeing us off.

My father and I last saw Volodya on December 6 of the same year. The place was Washington, and the occasion was the now-historic Freedom Sunday when, coinciding with the visit of Mikhail Gorbachev to the Reagan White House, as many as 250,000 people marched in solidarity with the plight of Soviet refuseniks. Only a couple of months earlier, the Soviet authorities had finally granted the Slepaks their long-awaited exit visas. A red scarf wrapped around his neck, Volodya stood at the podium next to U.S. Senator Daniel Inouye, a steadfast supporter of our cause who had lost his right arm in battle fighting Nazism. “We are free now,” Volodya said, in English; the crowd issued a huge grunt of happiness. This, too, I will never forget for as long as I live.

Vladimir Slepak was the mighty Samson of the refusenik movement, a Samson whom even years of exile and persecution had not drained of strength or courage. He was one of the last heroes of a now bygone, tragic, tumultuous epoch of Jewish, Russian, and Soviet history.