What's so Bad about Paganism?

Even in our increasingly post-religious age, “pagan” remains for most people a derogatory word. Why? 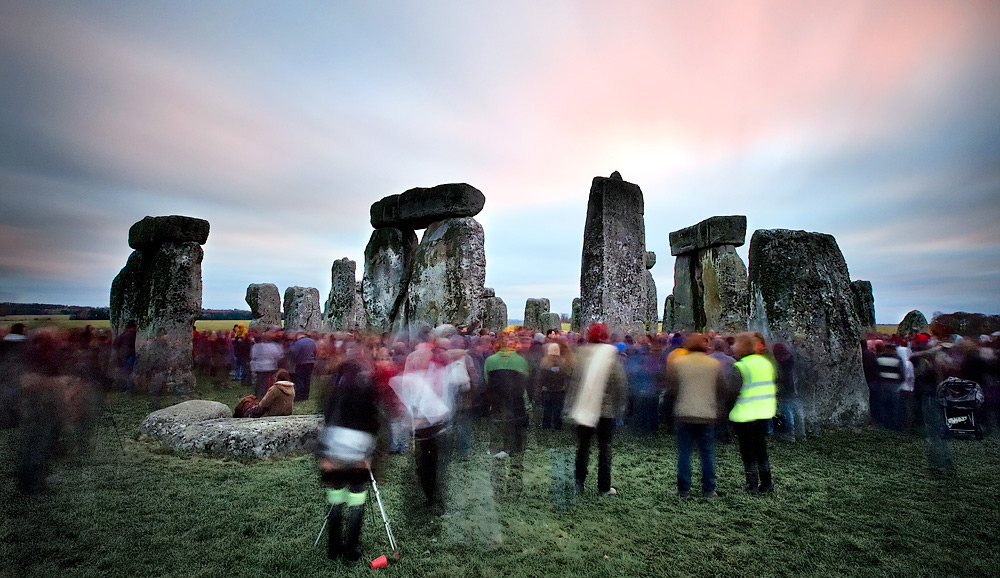 The winter solstice at Stonehenge. Flickr/brentbat.

Your discussion [of rabbinic laws concerning paganism] raises a question. What exactly is the proper definition of the term “pagan”? Is paganism only a thing of the past? Peter Gay, the great historian of the Enlightenment, speaks in his books of “modern paganism,” and many elements of modern life in the West seem to be pagan, a repudiation of classic Jewish ethics that goes from the worship of God to the worship of nature. Or am I mistaken?

I don’t think that Mr. Samuelson is mistaken. In general, one of the errors we often make about ancient polytheism, which is what the word “paganism” has traditionally referred to, is to dismiss it as a more primitive stage of religion than monotheism, and therefore as a relic of history. Yet just as monotheism developed in antiquity from its simpler biblical form to the more sophisticated Judaism of the early rabbis, so polytheism evolved, too. The high paganism of Greco-Roman culture and the Roman empire, which reached its acme in the first centuries CE just before being destroyed by Christianity, produced elevated modes of worship, important philosophers, great poets and prose writers. Intellectually, let alone artistically, it was in no way Judaism or Christianity’s inferior.

The roots of this dismissal, of course, go back to the Bible. “Their idols are silver and gold,” typically says the Psalmist of the gods of the peoples among whom the Israelites lived. “They have mouths but they speak not; eyes they have, but they see not.” As perceptive as the biblical authors were about many things, they themselves were blind to the fact that no thinking polytheist ever confused an idol representing a god with the god it represented. Biblical monotheism understood paganism, whose conception of the world was not necessarily simple-minded, no better than paganism understood biblical monotheism.

The Christian scorn for paganism, inherited from Judaism, can be found in the word “pagan” itself. It derives from Latin paganus, which originally meant, in pre-Christian times, “rustic” or “villager,” and also had the derogatory sense of “hick” or “yokel.” Paganus in turn is from pagus, a rural district, whence come words like French pays and Spanish país, “country,” Italian paesano, “fellow countryman,” and English “peasant.” Paganus came to mean “non-Christian” or “polytheist” because Christianity made its first strides in the Roman empire as a largely urban religion and spread more slowly to the countryside, where the old gods continued to be worshiped longer. All of this was reinforced among Christians by the word’s pejorative sense.

A variant form of “pagan,” “paynim,” from old French paienime, was once also common in English but has long been archaic. Interestingly, another now-archaic word, “heathen,” which was in the past used more often than “pagan” as a designation for non-Christians or (in biblical times) non-Israelites, has a similar history. It derives from Old English haethen, “heath dweller,” or from an even earlier Germanic word (compare German Heide, meaning both “heathen” and “heath”) referring to someone like a cowherd or shepherd who lived on uncultivated land. Even when most farmers had been Christianized, paganism held on in outlying areas where farmland yielded to pasturage. The heathen was the bumpkin whom the true faith had not yet reached.

Even today, in our increasingly post-Christian age, “pagan” remains for most people a derogatory word. Take the case of Hinduism, the one great polytheistic religion of antiquity that has survived and still flourishes. In an essay published a few years ago, Arvind Sharma, an Indian professor of comparative religion at McGill University, wrote:

Is Hinduism a pagan religion? . . . [It] at first blush appears to conform to [definitions of] paganism. It seems to worship many gods and seems to do so by worshipping different images. It thus comes across as polytheistic and idolatrous and therefore pagan. . . . There is only one problem with this scenario. It is based on a false presumption. It is true that there are many gods in Hinduism and that it abounds in image worship, but while these various gods are considered different gods in paganism as traditionally represented, in Hinduism they represent the various forms of one and the same God.

And yet that the “different gods . . . represent the various forms of one and the same God” is precisely the message that the high paganism of the Roman empire was preaching in the early centuries of the Christian era! Read such pro-pagan works as the Neoplatonist philosopher Porphyry’s Against the Christians, or the 2nd-century Apuleius’ wonderful novel The Golden Ass, and you’ll see that Sharma’s description of Hinduism applies to them, too. Were he less defensive about it, he would embrace Hinduism’s pagan nature rather than deny it.

Whether one can justifiably speak, as does Peter Gay, of a “modern paganism” that is post-theistic rather than polytheistic is, I think, a largely semantic question. Certainly, there are ways in which contemporary Western culture resembles the paganism of antiquity—for instance, as Mr. Samuelson observes, in its sacramentalization of nature, or in its veneration of physical beauty. Without a doubt these are things that both Judaism and Christianity were traditionally opposed to and that they identified with the paganism of antiquity. But the paganism of our own times, if such it is, also has much to distinguish it from the paganism of old, and the use of a so highly charged a word to characterize it may not contribute to the quality of the discussion.

What's so Bad about Paganism?