How Did Yiddish Words Make Their Way into German?

A centuries-old tale of complicated, ambivalent, and, sometimes, covertly intimate relationships between a largely anti-Semitic Christian society and its Jewish minority. 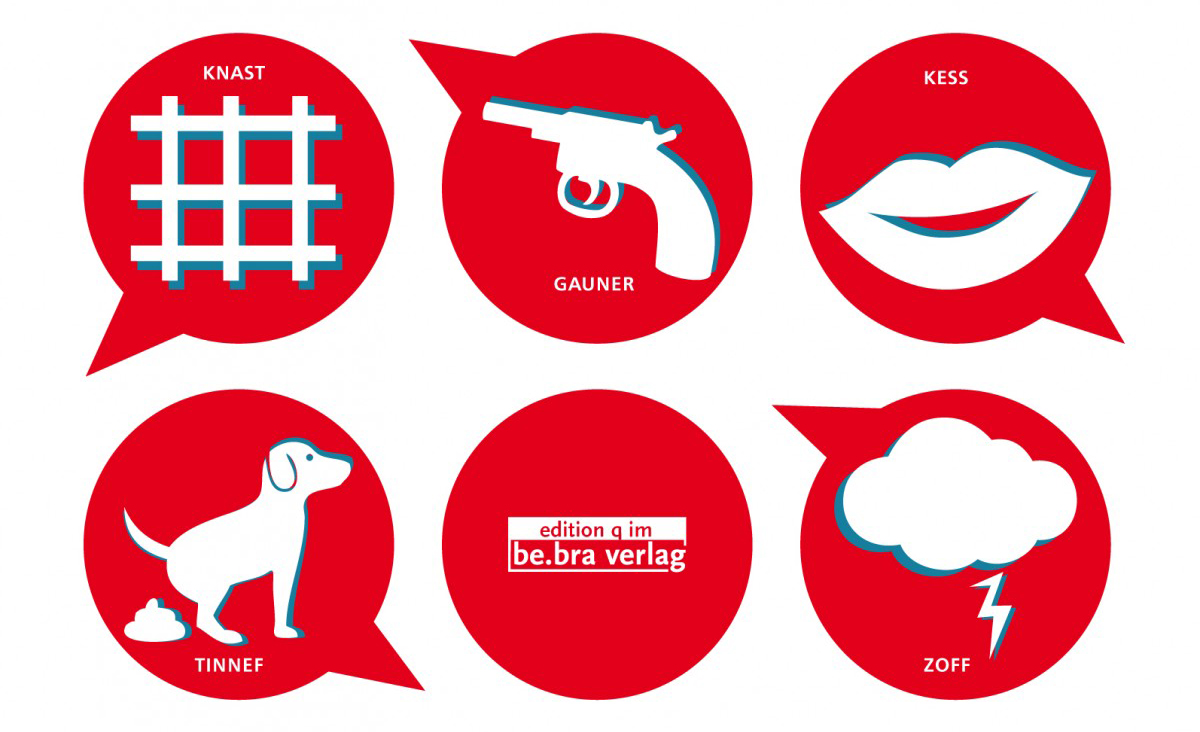 Mysteriously, a newly published book was delivered to me by courier mail the other day with no indication of who sent it. Written by the German linguist Christoph Gutknecht, it’s entitled Gauner, Grosskotz, Kesse Lola: Deutsch-Jiddische Wortgeschichten (“Gauner, Grosskotz, Kesse Lola: German-Yiddish Word Histories”), and in it are over 60 entertaining mini-essays by the author about West European Yiddish-derived words in the German language and the complex stories of what happened to them there. (West European Yiddish, substantially different from the more familiar East European dialects that developed from it, was once spoken by Jews in Germany, Austria, Switzerland, and elsewhere.)

It wouldn’t be difficult to come up with a similarly long list of East European Yiddish words in contemporary American English, but accounts of their English lives would be, on the whole, simple and straightforward. Words like “maven,” “hutzpah,” “shmooze,” “shlep,” “tchotchke,” and the like were all introduced into the American vernacular in the 20th century by Yiddish-speaking immigrants from Eastern Europe; have continued to have more or less the same meanings in English that they had in Yiddish; and have rarely been altered beyond easy recognition by phonetic change, grammatical inflection, or compounding with other English words. Although they give impressive proof of Jewish acculturation in an accepting American society, their linguistic trajectories have been no more remarkable than those of “pizza,” “kindergarten,” “chic,” and other modern borrowings from foreign languages.

Not so, West European Yiddish words in German. Their presence there often goes back hundreds of years, is frequently veiled or obscured entirely by the vicissitudes of linguistic change, and tells a tale of complicated, ambivalent, and, sometimes, covertly intimate relationships between a largely anti-Semitic Christian society and its Jewish minority. Moreover, whereas Yiddish words that have made their way into English have Hebrew, Germanic, and Slavic etymologies in roughly the same proportion as is found in Yiddish’s overall vocabulary, the provenance of Yiddish words in German is overwhelmingly Hebraic.

Take the first word of Gutknecht’s title, Gauner. It means a swindler or crook, and Gaunersprache, “Gauner language,” denotes a thieves’ argot—specifically, the ancient German underworld slang known as Rotwelsch. )That term consists of Rot, thieves’ argot for “beggar,” and Welsch, which referred in medieval German not to Welsh but to “Gaullish,” i.e., French, and by extension to any incomprehensible speech.) The earliest documented appearance of Gauner goes back to 1430, when it turns up, in the sense of a card player, as Juonner. (The German “j” is pronounced like English “y,” and it and the hard German “g” interchange in many German dialects.) The word’s subsequent verbal spinoffs include ergaunern, to swindle; gaunerei, sharp dealings or skullduggery; and gaunerhaft, crooked or dishonest.

There is nothing about Gauner to indicate that it started out as a Yiddish word. Yet Gutknecht cites the work of the German philologist Alfred Landau, who showed convincingly that it comes from Yiddish yovon, a Greek, which in turn derives from Hebrew yavan, Greece. In late medieval Europe, Gutknecht observes, wandering Greeks, their numbers swelled by the Turkish conquest of Constantinople in 1452, were known as card sharks, a reputation that led to grecque meaning a gambler in French, as in the 18th-century author Ange Goudar’s Histoire des grecs ou de ceux qui corrige la fortune au jeu, “A History of Greeks or Those Who Seek Their Fortune at the Gaming Table.”

A high percentage of the Yiddish words in German entered from Rotwelsch, which possessed a large Yiddish- and Roma- or Gypsy-derived vocabulary. Given the fact that Jews and Gypsies were disproportionately represented in Germany’s criminal classes, as members of discriminated-against minorities tend to be in all countries, this is not surprising. The underworld is the one sector in many societies in which there is true equality among different ethnic and religious groups, since while there may be no honor among thieves, neither is there any social snobbery.

This is also why, as Gutknecht points out, Yiddish words in Rotwelsch were almost always of Hebrew origin, for Yiddish’s Germanic vocabulary would have been useless for concealing one’s meaning from one’s fellow German-speakers. The whole purpose of a thieves’ argot, after all, as of much slang, is to elude the understanding of outsiders. And as also happens with much slang, many Rotwelsch words, once their meanings became known to outsiders, entered the speech of the general public, starting with regional dialects and spreading from them to the rest of Germany.

Who would guess, for instance, that the contemporary German adjective stiekum, meaning “unnoticed,” “secret,” or “imperceptible,” also comes from Hebrew, via both Yiddish and Rotwelsch? But as Gutknecht makes clear, stiekum goes back to West-European Yiddish shtike, “silence,” from Hebrew shtikah, to which was added, most likely by joking students, the Latin-sounding ending –um. The word probably began its Rotwelsch career as an interjection: when a subject not meant for all ears was under discussion, a Rotwelsch speaker would say to another “Stieke!” if a stranger appeared to be listening. In the district of Hesse, Gutknecht writes, the exclamation Bisde [Bist du] schdigum! means “Be quiet!” to this day. A Stiekummer in modern colloquial German is someone who works effectively behind the scenes.

Sometimes entire German phrases have hidden Hebrew sources that alone can explain them. There is, for example, a German idiom, kennen wo der Bartel den Most holt, which might be translated as “knowing the ropes” or “knowing which end is up” but whose literal meaning of “knowing where Bartel gets the grape juice [or “young wine”] from” is meaningless. Various folk etymologies have sought to make sense of this expression, sometimes by taking Bartel to be a short form of the name Bartholomew, a servant supposedly sent to fetch wine for his master. In reality, however, Gutknecht relates, Bartel is a phonetic distortion of Yiddish-derived Rotwelsch Barsel, from Hebrew barzel, “iron,” and Most a distortion of Yiddish mo’os or mos, “money,” from Hebrew ma’ot. A Bartel in Rotwelsch was a crowbar, and the original expression was a burglars’ phrase that meant “knowing from where the crowbar brings the cash,” that is, which safe to crack for its contents.

Gutknecht does not pretend to have done original research. Rather, he relies on a large number of German and Yiddish-language scholars whose work he has methodically reviewed. His bibliography is impressive, as is the number of German linguists, both amateur and professional, who have investigated the Yiddish presence in German. It’s a fascinating subject, and I thank my mysterious benefactor for the gift of a book that so knowledgeably deals with it.

How Did Yiddish Words Make Their Way into German?