"We Have Not Yet Appointed a Hebrew" 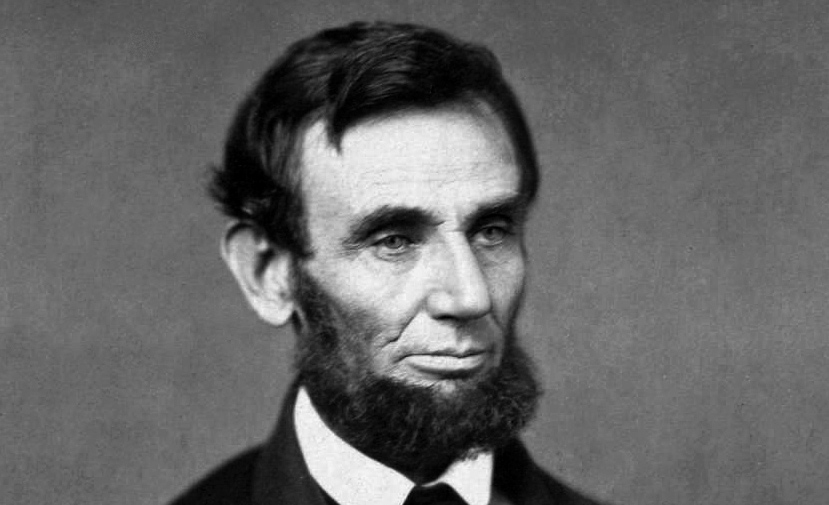 Observation
Jonathan Sarna and Meir Soloveichik
About the authors


Jonathan Sarna is the Joseph H. & Belle R. Braun professsor of American Jewish history at Brandeis University and chief historian of the National Museum of American Jewish History. He has written, edited, or co-edited more than 30 books. The most recent, co-authored with Benjamin Shapell, is Lincoln and the Jews: a History.

At a conference in New York last year, the historian Jonathan Sarna spoke on the subject of his book Lincoln and the Jews. The full interview, conducted by Meir Soloveichik, is included in the just-released volume, What America Owes the Jews, What Jews Owe America. We present an edited excerpt of their conversation here:

Meir Soloveichik: Let me start with the obvious question. More books are written every year on Abraham Lincoln than on almost any other figure in history. But is it so clear that Lincoln was the most important person in American history—more important than say, George Washington? Widening the lens, was he more important for the course of world history than such figures as Napoleon, or Alexander the Great, or Winston Churchill? Why the almost unique fascination with Lincoln in general, and why from a Jewish perspective in particular?

Jonathan Sarna: It’s a fine question. Take the case of Washington and Napoleon. We’re familiar with this story: the story of the great general who becomes a great political leader. It goes back to Joshua. But Lincoln’s story is different: he’s a figure who came out of nowhere, who was probably illiterate in his young life, who later went on to lose several elections—and who only then became what he became. That story is deeply inspiring—in a wholly different way.

But as for who most changed the world, one would be hard-pressed to name anyone who changed the American world, and not just the American world, more than did Lincoln. And here I can cite the testimony of a European Jew. In an essay reflecting on his own childhood, the great scholar Solomon Schechter recalls hearing about Lincoln in Romania as a child—and what a wondrous thing it was to him that a person who came from nothing and nowhere could climb so high and achieve so much.

Nor, for Schechter, did all this have anything to do with the Jews or with the story of Lincoln and the Jews. His essay shows no knowledge of that side of things. But it does touchingly bear on why people all over the world were and remain so impressed with Lincoln, the simple person from a simple background who emerges as president of his country and radically transforms it for the better.

Meir Soloveichik: I wonder whether there isn’t something Jewish about precisely that point. Rabbi Jonathan Sacks points to the story of Moses in the Bible as a kind of literary antitype. Many ancient tales of heroes feature the child of a god or a king who is raised by a peasant and in time discovers his true identity and true destiny. By contrast, Moses is the child of slaves, is raised in the king’s palace, rebels, and becomes a great leader. Could this quality be what attracts Jews in particular to the Lincoln story?

Jonathan Sarna: Yes, in a way. More specifically, I think that many Jews also saw in Lincoln a fellow outsider: one who became, as they aspired to become, a kind of ultimate insider. That, too, is a Jewish story. And Jews saw in Lincoln something else as well: aspects of the archetypal righteous prophet.

Meir Soloveichik: That brings us to the matter of Lincoln’s relations with actual Jews. Born in Kentucky, Abraham Lincoln moves to Illinois, works as a lawyer, gets involved in politics—and meets Jews. Eventually, as you say in your book, he will become the first president actually to have Jewish friends.

Jonathan Sarna: By far the most important of his early Jewish connections was Abraham Jonas: another Abraham, this one from an upstanding Orthodox family. After the loss of his wife, Jonas moved from Cincinnati first to Kentucky and then to Illinois, became a lawyer, and through this shared profession met Abraham Lincoln. It’s clear that theirs was a significant friendship; many letters were exchanged between them, and they traveled together. One of the things I was happy to discover was that Jonas’s son, who lived in New Orleans, worked with Lincoln to free an African-American from Illinois who had come south, been imprisoned, and was going to be sold into slavery until freed by their joint effort and enabled to return to Illinois.

Biographers have tended to scant this friendship, but it was no minor thing. The larger point is Abraham Lincoln had a Jewish friend, and when you have a friend who’s a Jew you tend to develop friendly feelings toward Jews in general; it’s the same when you have a friend who’s black, or Muslim, and so forth. This is a well-established sociological fact, and it helps explain at least in part why, later on, Lincoln had numerous other Jewish acquaintances.

But back to Jonas, who was something of a political genius. Indeed, he played a role in Lincoln’s nomination at the 1860 Republican national convention in Chicago. William Seward had arranged to pack the hall, ensuring that when his name was proposed, an enormous demonstration would erupt, thus ensuring his own bid to head the Republican ticket. Learning of Seward’s plan, Jonas said, in effect, “I can play that game, too,” and arranged a similar ovation for Lincoln. If you read the proceedings of the convention, you can follow the unfolding drama. Seward failed to win on the first ballot, was abandoned by many of his supporters, and Lincoln took the third ballot.

Incidentally, among those rounded up by Jonas for his counter-demonstration was a contingent of non-Republican outsiders, including some Jews. Chicago politics never changes.

Meir Soloveichik: And so Lincoln was elected in 1860. But it seems that at the time, some of the most prominent rabbis and Jewish leaders in America didn’t support him. Nor were all of them opposed to slavery. And this went from Reform to Orthodox.

Jonathan Sarna: The most famous example is Rabbi Morris Raphall, the first glamor rabbi in American Jewish history. He was then rabbi of B’nai Jeshurun synagogue in Manhattan, which in 1825 had broken away from Shearith Israel. It was a very significant congregation.

Now, many of the members of B’nai Jeshurun had business ties to the South. If you were a clothing manufacturer in those days, the cotton for your cloth came from the South. So the last thing many of them wanted was a war, which is understandable: war could be bad for business. Some of them felt the most important thing was to preserve the Union, and Raphall had the idea of finding a compromise on the slavery issue that would conduce to that end.

Meir Soloveichik: For instance, if you wound your Israelite slave, he goes free. And of course he also goes free after six years of service.

Jonathan Sarna: Exactly. Raphall used the example of biblical slavery to argue for a middle ground between American slavery as then practiced in the South and outright abolition. This defense of some form of slavery was reported across the length and breadth of the United States, for here was a rabbi who knew Hebrew and could be credited with an authoritative reading of the Old Testament. One Southern newspaper proclaimed that it was as if Moses himself had come down from Mount Sinai to confirm and justify the Bible’s “defense” of slavery. Obviously, abolitionists didn’t agree.

To be sure, Jews were hardly of one mind on the matter. David Einhorn, another prominent rabbi, then in Baltimore, argued the abolitionist side in a debate with Raphall. The lawyer Abram Dittenhoefer, a young supporter of the Republican party who had grown up in the South, had been pro-slavery, and had undergone a conversion to the anti-slavery cause after coming to New York, became one of that cause’s most effective and influential spokesmen. And then I might parenthetically mention Michael Heilprin, another of Raphall’s opponents, who retorted sarcastically that in addition to slavery, the Bible permits concubinage and polygamy, so perhaps Raphall should urge that these be brought back as well.

Wherever they lived, north or south, Jews tended to follow their non-Jewish neighbors—which could sometimes get them into trouble. A prominent example here is that of Isaac Mayer Wise, one of the most important figures in American Reform Judaism and a prolific writer. An antiwar Democrat, he lived in Cincinnati—just across the Ohio River from Kentucky, a slave state. Many of his readers and followers kept slaves. Wise had very little good to say about Abraham Lincoln—until Lincoln was assassinated, whereupon he executed a complete 180-degree turn.

Unlike Wise, Raphall, who also thought Lincoln’s election was a disaster, was staunchly pro-Union. Both of his children fought for the Union, and one lost an arm. In another telling vignette, Raphall’s son-in-law, C.M. Levy, was appointed assistant quartermaster in the Union army. Upon recommending him for the position, Lincoln wrote, “We have not yet appointed a Hebrew,” making this the first case of affirmative action for a Jew in American history. Lincoln’s letter to Secretary of War Edwin M. Stanton, dated November 4, 1862, is in the Shapell Manuscript Collection.

Incidentally, the president also went on to write of Levy: He “is well vouched, as a capable and faithful man.” This was a characteristic bit of Lincolnian wordplay, intimating that Levy would be faithful to the Union because he was a faithful Orthodox Jew. And indeed that quality distinguished Levy from earlier Jewish appointees of Lincoln’s, all of whom were assimilated. In naming Levy, who was known to be Orthodox, Lincoln was naming someone who would not “only” be a token representative of the Jews.

Like this interview? Read the rest in What America Owes the Jews, What Jews Owe America, available here from Mosaic Books.

"We Have Not Yet Appointed a Hebrew"