Why are my friend’s Italian neighbors calling a house a bayta? 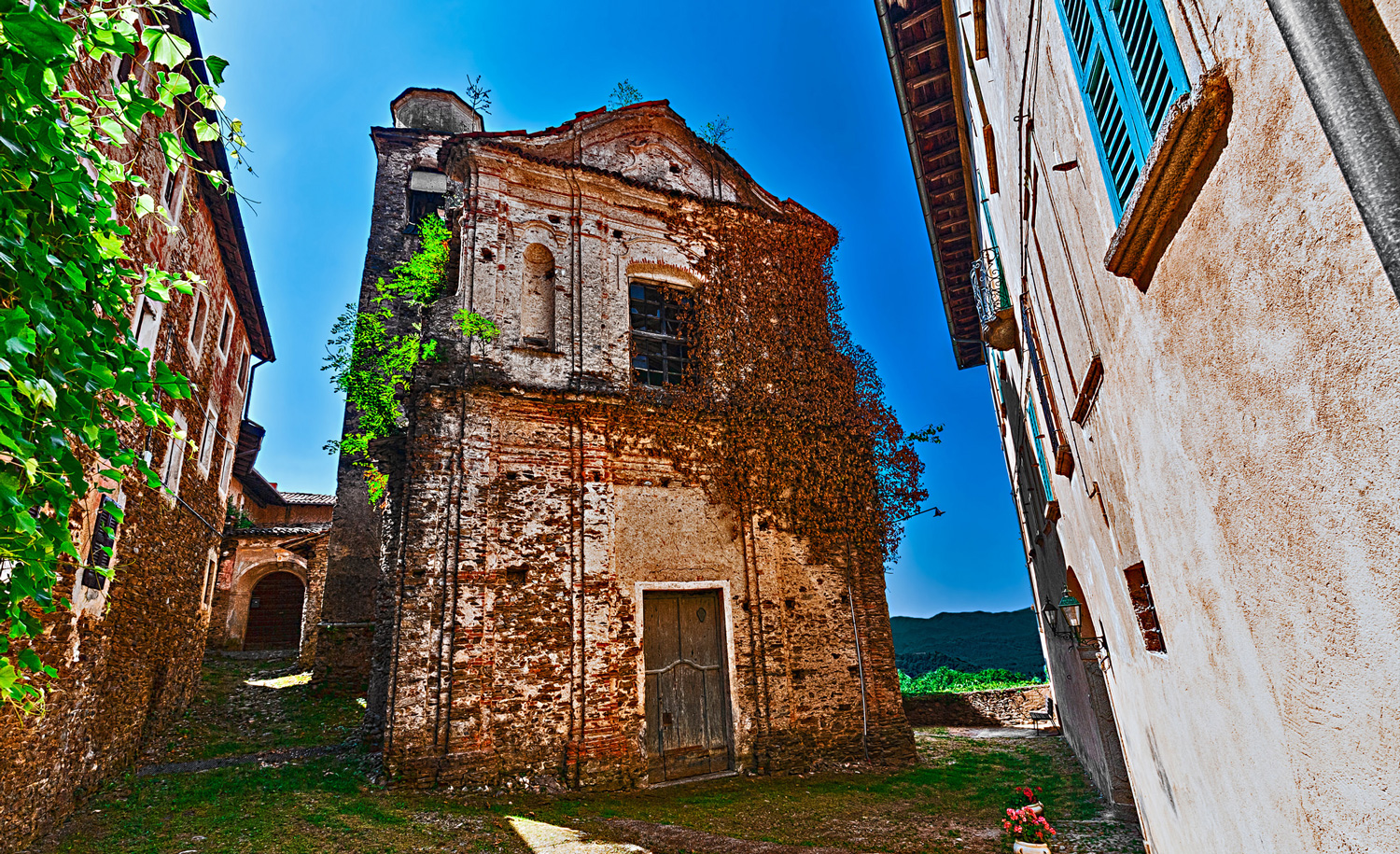 A house in Piedmont, Italy. Flickr/marcotrovo.

Several years ago, my friend Yisra’el Leshman bought a hillside house in the village of Traversella in the Piedmont region of Italy, near the French and Swiss borders some 50 kilometers north of Turin. The house had been abandoned and was not in a habitable state, but Leshman is a handy type. Since then, he’s been fixing the place up whenever he can find the time for it. One of these days or years, he assures me, it will be a first-rate vacation home.

A while back I ran into him and he had something interesting to tell me. “You know,” he said, “the house I bought was originally just a summer place. In the past, many families in Traversella built houses on the hill above the village and moved to them every summer in order to pasture their cattle there. The older villagers speak a local dialect that I don’t understand, which is why their word for such a house only recently came to my attention. They call it a bayta.” He pronounced the first, stressed vowel as in the English word “by.” “What do you think of that?”

I didn’t know what to think. Bayit, with the same vowel sound, is the Hebrew word for a house or home. But how could a Hebrew word have made its way into the speech of a remote Italian village in the foothills of the Alps? I said I’d look into it.

I checked a Piedmontese-English dictionary. Bayta did not appear in it, the word for house being ca’, similar to Occitan and Italian casa. Nor was bayta, as far as I could tell, a word having any likely French or Italian derivation. Could it indeed, borne by Jews, have entered the rustic speech of Piedmontese villagers from Hebrew?

Further reading elucidated that a small, documentable Jewish community existed in Piedmont from the 14th century, when Jews from the south of France settled in the region following the French expulsions of 1306, 1322, and 1394. Moreover, as opposed to other parts of Italy, whose Jews were on the whole urban, they and their descendants lived alongside Gentiles in rural areas. And while they spoke Piedmontese like their non-Jewish neighbors, they peppered it, in their own internal discourse, with a large number of Hebrew words taken from the Bible, the prayer book, the Talmud, and other rabbinical sources in a vernacular known to them as lason akodes (from l’shon ha-kodesh, “the sacred language,” a Hebrew term for Hebrew) and to contemporary linguists as Judeo-Piedmontese.

An entertaining account of this vernacular, which is no longer spoken, can be found in a family memoir that forms the opening chapter of Primo Levi’s The Periodic Table. Levi was born in Turin in 1919 and raised there; his parents, grandparents, and many aunts and uncles still spoke, or at least knew, lason akodes and he himself heard it as a boy. Here are some of its words and expressions that he cites:

Rashan, an unbelieving or reprobate Jew. (From Hebrew rasha’, a wicked man. The laryngeal Hebrew consonant ayin with which rasha’ ends was commonly nasalized in Judeo-Italian and Judeo-French.)

Manòd, money. (From Hebrew ma’ot, coins or money. Here, too, the ayin represented by the apostrophe has been nasalized, while in Judeo-Piedmontese, as in other Judeo-Italian speech, the final Hebrew taf was voiced as a “d”.)

Havertá, a female companion or maid. (From Aramaic ḥaverta, a female friend.)

Bahalom, Hebrew for “in a dream,” a phrase used by a speaker to indicate that the statement preceding it is ironic or untruthful.

And, finally, rukhòd. (From Hebrew ruḥot, winds, a display of flatulence.) “Davidin,” Levi remembers his Aunt Regina telling his Uncle David as they sat in a café in Turin, “bat la cana, c’as sento nen le rukhòd,” “David, thump your cane so that no one hears you fart.”

The Periodic Table doesn’t mention lason akodes words passing from the Jewish community into general Piedmontese speech, and so I emailed the Italian linguist Emanuele Miola, a specialist in Piedmontese at the University of Milan, to ask about this. In response he told me that there were such words, and gave four examples.

One, from Hebrew ḥakham, is cacam, a VIP or high authority, and when used derogatorily, a wiseacre or wise-guy. (Besides meaning wise or smart, ḥakham denotes a rabbi among Sephardi and Middle Eastern Jews.) Another is gabola, from kabbalah, meaning an imbroglio or fraud, from which comes the Piedmontese verb gabolisè, to connive or plot. (The English noun “cabal” has the same “kabbalistic” derivation.) A third is gadan, a simpleton or fool, from katan, a small child. And last is tafus, Hebrew for “caught” or “apprehended,” which in Piedmontese denotes a prison or trap and also, more vulgarly, an anus. (The noun tfise, from the Hebrew verb tafas, means “prison” in Yiddish, too, and the two terms most likely have a common origin.)

But where I hit pay dirt was with bayta—or báita, as the Piedmontese spelling has it. It wasn’t, Miola informed me, a word used just in the village of Traversella. “I could use it myself while speaking Piedmontese,” he wrote. “Its meaning is ‘chalet’ or ‘summer house,’ and it’s also used in Provençal [the Occitan spoken in Provence] and Lombard, and has even been borrowed from Piedmontese by Italian.” The word’s most likely source, Miola added, is Hebrew. Nor is this surmise a new one, having already been proposed in 1935 by the German linguist Wilhelm Meyer-Lűbke in his Romanisches etymologisches Wörterbuch.

Báita, then, though probably of Hebrew origin, did not necessarily enter Piedmontese from Judeo-Piedmontese, since it might also have done so from Provençal or Lombard. One way or another, however, Jews speaking lason akodes—or lasan akodes, as French Jews called Judeo-Provençal—do seem to have been ultimately behind it. I must tell Leshman.