Language Evolves, but Kinship Words Like "Uncle" and "Grandchild" are Surprisingly Durable

Why certain terms having to do with the basics of life are less prone to linguistic change than others. 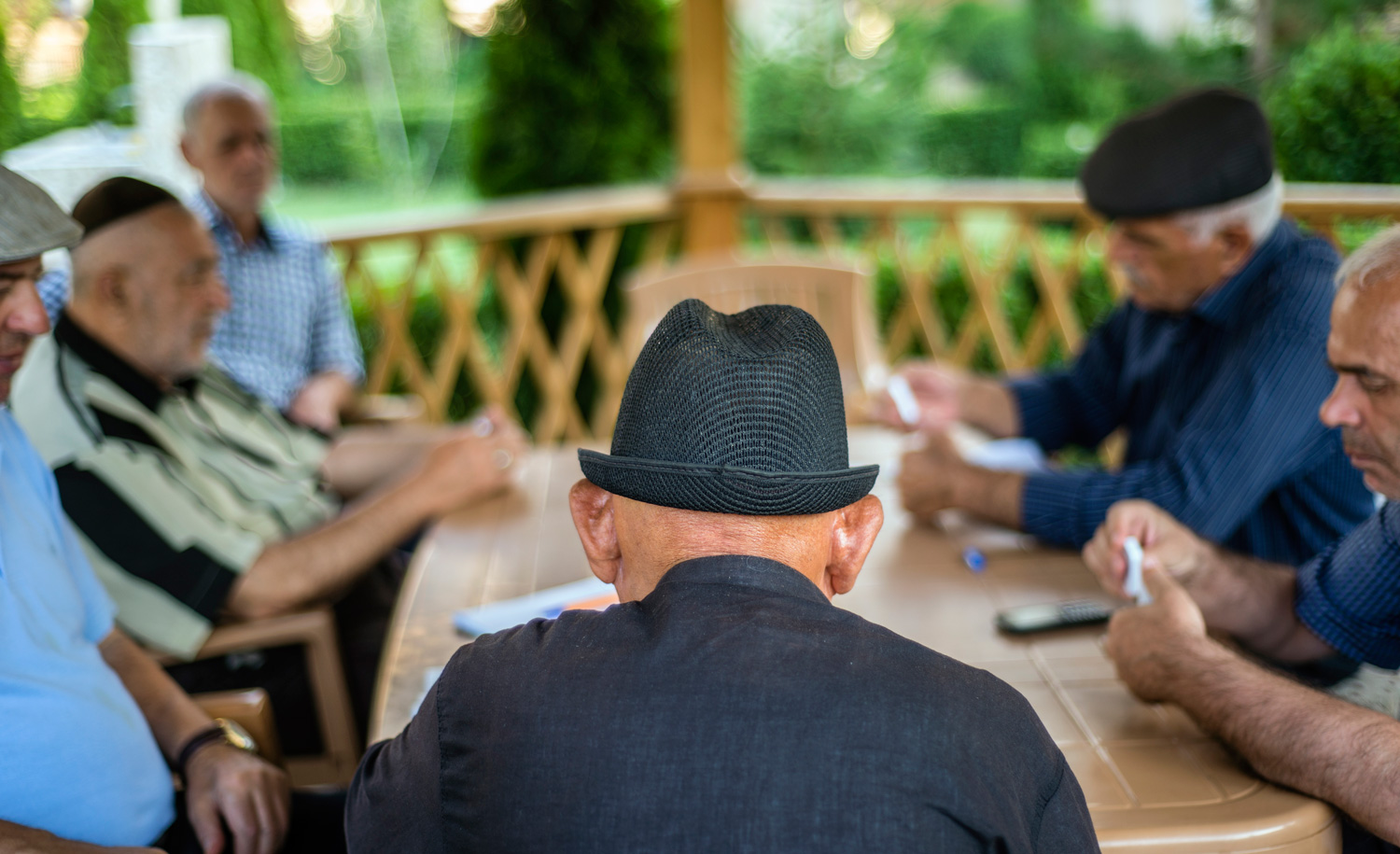 My mother, when speaking Yiddish, always called grandchildren kindskinder, “child’s-children,” yet every other Yiddish speaker whom I know calls them eyniklekh. Are you familiar with my mother’s word?

I am, although kindskinder in ordinary Yiddish has the sense of “descendants” or “progeny.” In German, Kindeskind does mean “grandchild,” and perhaps Mr. Schlitt’s mother came from a part of Eastern Europe close to a German-speaking area. Yet in German, too, the common word for a grandchild is Enkel. It comes from Old High German eninchili, Yiddish eynikl, the singular of eyniklekh, Yiddish having preserved the intermediate vowel that modern German has lost.

I’ve sometimes wondered about the similarity between the German words Enkel and Onkel, a cognate of our English “uncle” with the identical meaning. This doesn’t seem likely to be a coincidence. But if it isn’t, why should practically the same word denote both a grandson (a granddaughter in German is Enkelin) and a mother or a father’s brother? Jacob Schlitt’s query was my opportunity to find out.

Doing so meant going back six or seven thousand years. That’s when a language known to linguists as Proto-Indo-European was spoken somewhere near the Black Sea, whether north of it in what is today Ukraine or south of it in modern Turkey. Although its speakers were probably not a very large group, they proved to be a remarkably successful one. In time, their descendants, and the languages spoken by them, which changed as they spread both from the original mother tongue and from each other, came to dominate almost all of Europe, parts of the Middle East, and the northern half of the Indian subcontinent. Some of these languages, because of geographical proximity, remained more alike than others, and today we group the more alike ones by families.

Thus, we have the Germanic family of Indo-European languages, which includes English, German, Dutch, Danish, Swedish, and Icelandic; the Romance family, descended from Latin, in which we find French, Spanish, Portuguese, Italian, and Rumanian; the Slavic family (Russian, Polish, Bulgarian, Czech, Serbo-Croatian); the Celtic family (Welsh, Gaelic, Breton); the Baltic family (Lithuanian, Latvian); the Iranian family (Persian, Kurdish, Pashto); and the Sanskritic family (Hindi, Bengali, Marathi, Gujarati). In addition, there are several Indo-European languages, including Greek, Armenian, and Albanian, that stand by themselves and have no close contemporary relatives.

Outside their own families, the Indo-European languages have grown so far apart in phonetic structure, vocabulary, and grammar that a linguistically untrained eye would not ordinarily see the connection between most of them. No layman would guess that “good morning,” bonjour, and dobre den, which mean the same thing in English, French, and Russian, go back to a common source. And yet certain terms having to do with the basics of life are less prone to linguistic change than others, and one such category comprises kinship terms.

Take, for example, the word in some Indo-European languages for brother. In French, this is frère (from Latin frater); in Russian, brat; in Lithuanian, brolis; in Welsh, brawd; in Persian, brader; in Armenian, bredar; in Hindi, bhai. Walking these and other similar words back to their common origin, historical linguists have reconstructed the original Proto-Indo-European word for brother as bhreh2ter, in which “bh” stands for an aspirated “b” and “h2” for a laryngeal consonant.

The Proto-Indo-European sources of Enkel and Onkel are more complicated. To begin with, even kinship terms, as durable as they are, can shift meaning over time; thus, the Proto-Indo-European word for grandson, nepots, while retaining that meaning in Albanian nip and Persian nave, came to signify “child” in ancient Greek nepod, “nephew” or “grandson” in Latin nepos (from which, via French, comes our English word “nephew”), and “niece” or “granddaughter” in Old English nift. Moreover, the conflation of grandchild with nephew/niece has its mirror image in the similarity of proto-Indo-European h2ewh2os, “grandfather,” and h2ewh2 , “maternal uncle.” This has been explained by the fact that a grandfather and a mother’s brother were expected in the Indo-European kinship system to play similarly protective or sponsorial roles toward the child of a daughter or sister.

This element of Indo-European family structure is nicely demonstrated in Latin, in which avus is a grandfather and avunculus, its diminutive of “little grandfather,” a maternal uncle. (Our Latin-derived words “avuncular” and “nepotism” are reflections of this special uncle-nephew relationship.) And we see it in the Germanic family, too, in which Proto-Germanic awon or awen meant both grandfather and uncle—a word that later in German itself split into Ahn, grandfather, and Oheim, a synonym for uncle. (Onkel, like English “uncle,” derives from French oncle, which comes from avunculus.) The Old High German form of Ahn was anu, and eninchili, the ancestor of Enkel and eynikl, was a diminutive of this. A grandchild, in other words, was a little grandfather, too.

How, you ask, can this be? There are two ways to account for it, by no means mutually exclusive. The first is that when a grandfather died, his grandchildren, and especially his first grandson, were considered his replacement, a new version of him. (Think of the widespread practice of giving the first grandchild born after a grandparent’s death his or her name.) The second is that we are dealing with an endearment very much like Yiddish mameleh and tateleh, “little mother” and “little father,” used to address babies and small children. Indeed, mameleh and tateleh have passed from Yiddish into Israeli Hebrew and are commonly heard in it, too. If a child can be a little father or a little mother, why can’t a grandchild be a little grandfather?

Language Evolves, but Kinship Words Like "Uncle" and "Grandchild" are Surprisingly Durable