The (Not-So) Jewish Roots of Esperanto

Created by an East European Jew disillusioned with Zionism and Hebrew, the language was meant to unite humanity in a spirit of brotherhood. 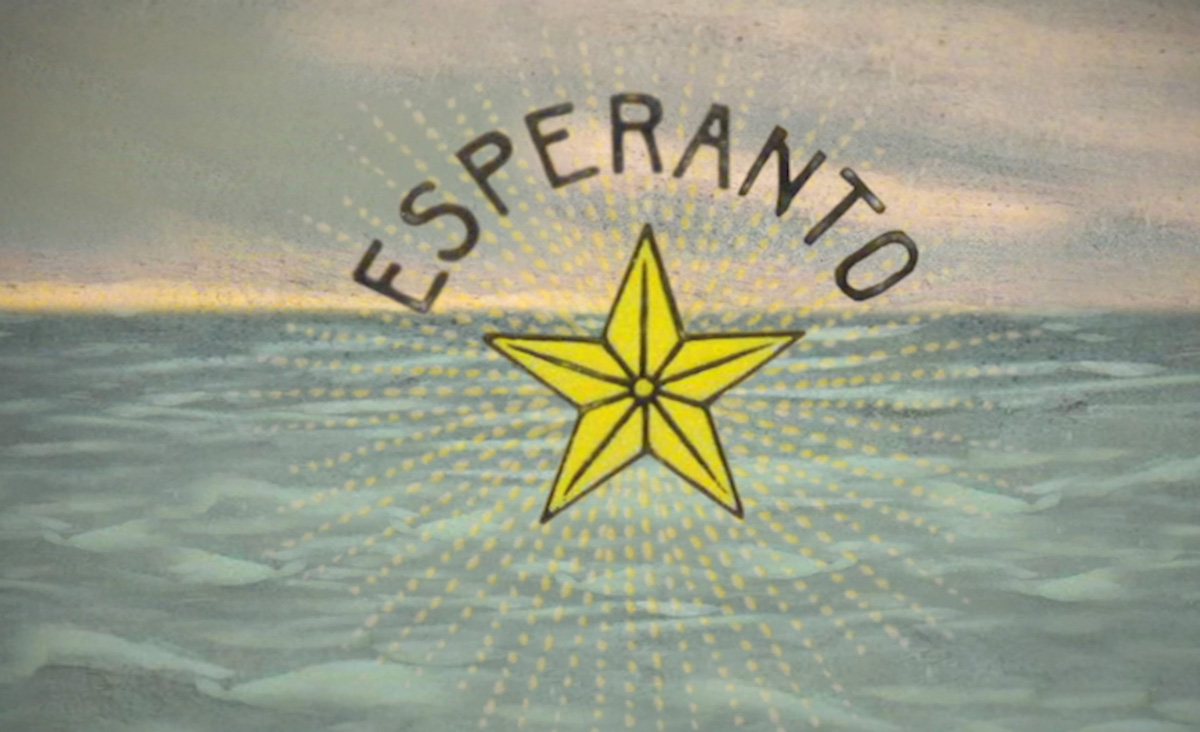 Esperanto is the one “Jewish language” I have never taken much of an interest in—but then again, it is Jewish only in the sense of being the creation of an East European Jew, an eye doctor and autodidact linguist by the name of Ludovik Lazarus (né Eliezer Levi) Zamenhof (1859-1917). Living at a time when French was losing its status as a European lingua franca and English was just beginning its ascendancy, Zamenhof, whose mother tongues were Yiddish and Russian, grandly envisioned Esperanto as an international medium of communication that would unite the world in a spirit of human brotherhood.

Yet though it has had its enthusiasts, not even a fraction of Zamenhof’s aspirations for Esperanto was ever realized, and most people who have given the matter any thought—including, I confess, myself—have deemed the venture a quixotic folly. It is in part to correct this impression that Esther Schor, a professor of English at Princeton and an Esperanto speaker herself, has written her new book Bridge of Words: Esperanto and the Dream of a Universal Language.

One reason I have never found Esperanto very interesting is precisely what made Zamenhof so confident of its success: its absolute regularity, which makes it far easier to learn than any natural language. Every single noun in Esperanto ends in “o”; every single adjective in “a”; every single adverb in “e.” The plural of all nouns is “oj” (pronounced “oy” as in “boy”), of all adjectives “aj” (pronounced “ie” as in “lie”). There are only two grammatical cases, nominative and accusative, the latter formed by tacking on an “n” at the end of a word. Thus, la bruna hundo persekutas la nigrajn katojn—“the brown dog chases the black cats”; la nigraj katoj persekutas la brunan hundon—“the black cats chase the brown dog.”

All Esperanto verbs are declined identically and vary only for tense and mood, never for person. Esperanto’s vocabulary was culled by Zamenhoff from the languages of Europe with an eye toward maximal recognizability: bruna, hundo, persekuti (the infinitive form of the verb), nigra, kato—the speaker of English has no difficulty matching these with “brown,” “hound,” “pursue”, “negroid,” and “cat.” Esperanto has no grammatical genders. There are no expressions or idioms that fail to make literal sense, such as English’s “He got my goat” or “She’s pleased as punch.” Spelling is totally phonetic and every sound is represented by a single character. If English were spoken and written like Esperanto, “The men went fishing” would be “Ɖe manz goed fiŝing.”

In short, Esperanto is perfectly smooth sailing—and that’s the problem with it. Learning it is like being a tourist in a city in which all the streets are straight, all the houses come in three or four uniform shapes, and the only stores are chain stores selling the same products: you can’t get lost because there are signs and maps on every corner, but you’ll never be surprised by anything, either. Esperanto as created by Zamenhof is to other languages as plastic is to wood: there are no gnarls in it, no wormholes, no splinters, no surfaces worn by time and human use. It has no past and tells no story.

Why, then, bother to learn it, especially since today, as opposed to Zamenhof’s times, the world has a universal language called English? And even if English already happens to be one’s first language, as it is Esther Schor’s, why choose Esperanto as one’s second, third, or fourth? Why not languages that open doors to rich cultures and literatures and to countries that can be visited? French is spoken in France and Italian in Italy, but there’s no Esperant that speaks Esperanto.

Bridge of Words seeks to make the argument on Esperanto’s behalf. I can’t say that ultimately it caused me to change my mind. On the contrary: the folly of the thing seems to me only greater after having read Schor’s book. And yet I did manage to be surprised—though (since I already knew her to be, in English, a fine writer) not by her entertaining style with its droll sense of humor and gift for striking metaphors but by several things about Esperanto that I hadn’t known and that made me rethink some of my assumptions about it.

One of these is that Esperanto has become, on a minor scale, a truly living language. Apart from those around the globe (no one seems to know even their approximate number) who have studied it and can converse in it with greater or lesser fluency, there are several thousand who have been raised in it by their parents to speak it natively. If (and it’s a big if) these native speakers raise their own children in the same manner, Esperanto will have begun to have a history and an evolutionary dynamic like any other language.

A second thing I learned is that Esperanto does by now have a literature of its own, complete with poems, novels, and books on various subjects. It may be limited in quantity, but to judge by the few examples of it that Schor gives, its quality is in at least some cases high. Here, for example, is a charming poem by an Esperantist named Victor Sadler. If you know some French, Spanish, or Italian (a bit of German would help, too), you can puzzle it out in the original with the help of Schor’s literal (though very good) English translation:

I
(when in the rabbit-hole of your bag
You furiously dig for a ticket
that probably already escaped)
Love you.

Tre bona! I also learned from Bridge of Words that Esperanto, far from having been the plaything of unworldly idealists that I had taken it to be, has been involved over the years in some very worldly politics. As might be expected of a movement that has marched beneath the banner of internationalism, these have been predominantly the politics of the left. Esperanto has been a cause adopted by anarchists, Communists, and socialists; was alternately championed and denounced in the Soviet Union; was banned in the 1920s in France for destroying “the Latin spirit and French genius”; lobbied at length and nearly successfully for official recognition as a world language from both the League of Nations and the United Nations; and has been plagued by a long history of bitter organizational disputes and schisms of both an ideological and personal nature. George Orwell remarked of these in 1946 that “for sheer dirtiness of fighting” they were hard to beat—and Orwell, who had witnessed the internecine warfare of the left in Republican Spain, knew something about no-holds-barred politics.

There is nothing more self-uplifting than the psychology of the true believer. Much of Schor’s book is devoted to her experiences at various Esperanto courses, congresses, and communities, and repeatedly she stresses the intense sense of comradeship and solidarity that Esperanto speakers from all over the world share. Indeed, she implies, this is the real payoff for studying the language even if Zamenhof’s dreams for it were totally unrealistic. And yet, ironically, this strong sense of shared specialness is possible only because the dream was unrealistic—because, that is, Esperanto speakers are and always will be a rare species who feel different from everybody else. If we all spoke Esperanto, as Zamenhof believed we one day would, where would that leave them?

In his youth, Schor points out, before turning to Esperanto, Zamenhof was a Zionist and a lover of Hebrew, two things he later rejected for their impractical and narrow-minded nationalism. Today, though, there are, not a few thousand daily speakers of Hebrew, as there are of Esperanto, but many millions, living in a Jewish state—and still, there are not so many of them that they don’t feel special, too. Perhaps Zamenhof should have stuck with his youthful loves.

The (Not-So) Jewish Roots of Esperanto