Why the Word for Wine Is Similar in So Many Languages

There’s Greek oinos and Hebrew yayin, to say nothing of such farther-flung cognates as Swahili mvinyo and Maori waina. Is there a common root? 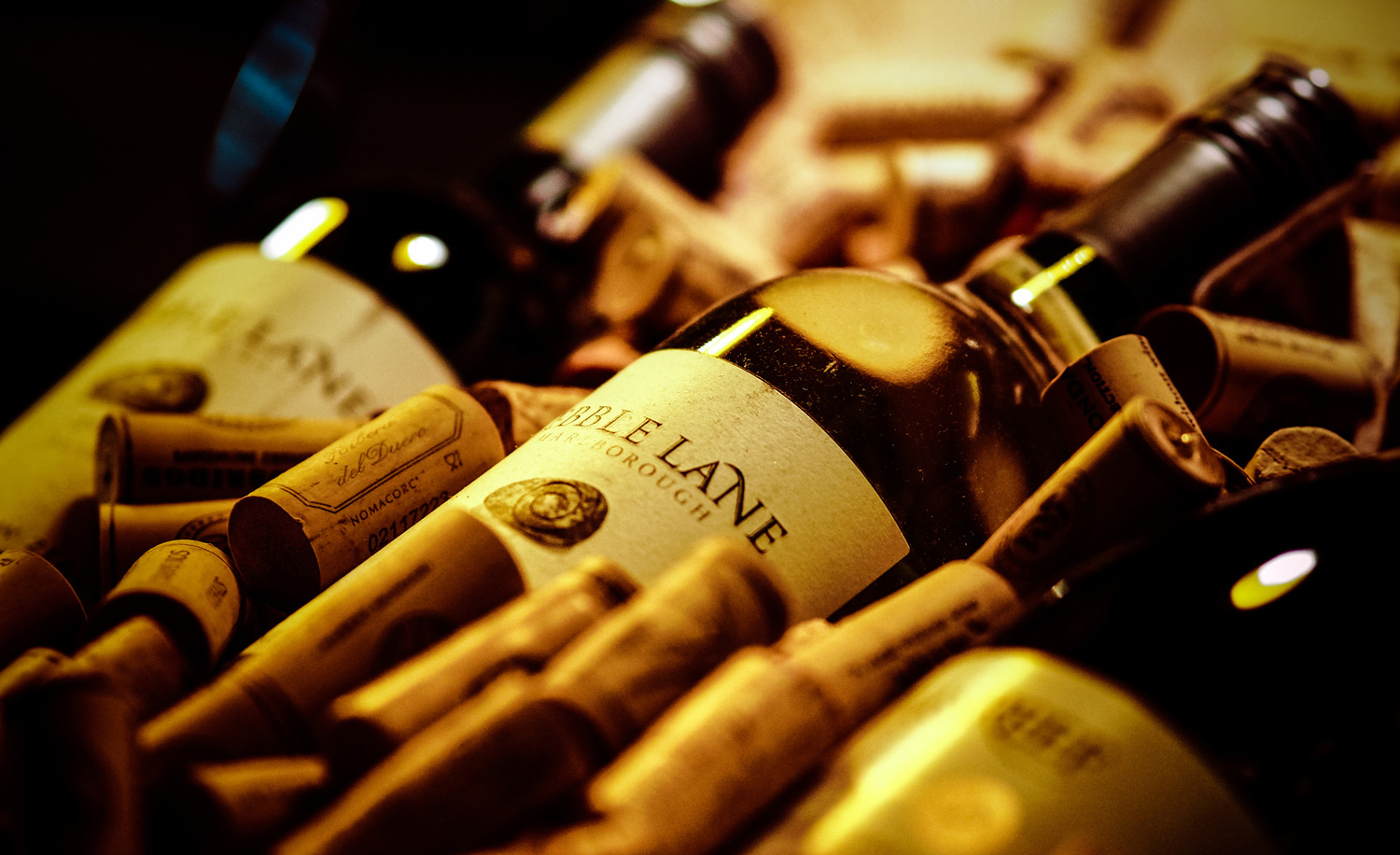 My Oxford English Dictionary says that “cider” ultimately comes from Latin sicera, and that this word was used to translate the Hebrew word sheykhar. Was the Latin word originally Semitic, and if so, why? I’ve also observed that the Greek and Hebrew words for wine, oinos and yayin, are similar as well. Does this imply that there was a Mediterranean trade in alcoholic beverages?

There certainly was such a trade, although whether that explains the similarity of oinos and yayin, or of sicera, sheykhar, and “cider,” is something else. Let’s start with sheykhar.

The noun sheykhar occurs some two dozen times in the Hebrew Bible. Its root of sh-k-r also gives us the verbs shakhar, “to drink [alcohol] to excess,” shiker, “to get someone drunk,” and hishtaker, “to get drunk [oneself],” plus the derived nouns shokhrah and shikaron, “drunkenness.” Often it is found in conjunction with yayin, as when God tells the priestly Aaron and his sons, “You shall not drink yayin and sheykhar, that is, “You shall not drink wine and. . . . ” But wine and what? Was sheykhar a specific alcoholic drink, or was it simply a general word for many or all alcoholic drinks other than wine?

This isn’t an easy call. Sheykhar’s Akkadian cognate sikaru is generally designated barley beer in ancient Babylonia, and on the basis of this it is commonly asserted that sheykhar must have meant beer in ancient Israel, too. But sikaru, to quote the Assyriologist Henry Frederick Lutz, is actually “one of the most ambiguous words in the Semitic languages. It may mean any intoxicating beverage prepared from grains, grapes, fresh or dried dates, pomegranates, honey, etc.”

It is noteworthy in this respect that when the world’s first Bible translators, those of the pre-2nd-century BCE Greek Septuagint, had to translate sheykhar, they did not do so as zythos, the ancient Greek word for beer. In fact, they did not use any native Greek word. They translated sheykhar as sikera, whether because they did not know precisely what sort of drink it was and decided to keep the Hebrew word, which entered Greek via their translation, or because the word had already been borrowed by Greek as a result of Mediterranean trade or of contact between Jews and Greeks living in Palestine.

In either case, it is impossible to say today exactly what specific beverage, if any, sheykhar or sikera denoted. Liddell and Scott’s classic ancient Greek-English dictionary defines sikera simply as “sweet fermented liquor” or “strong drink,” and Targum Onkelos, the 2nd-century CE rabbinically approved Aramaic translation of the Bible, renders sheykhar as m’ravey, “intoxicating drink.”

This is echoed by Jerome’s 4th-century CE Latin Vulgate, which translates sheykhar as omne quod inebriare potest, “all that can inebriate.” Interestingly, although Latin by this time had borrowed Greek sikera (spelled sicera in Latin), Jerome preferred not to use it, perhaps because it had already begun to refer specifically to pear or apple cider—which he, having lived in Palestine for many years, knew was not a Middle Eastern drink.

When sicera appears in medieval French as cidre, cider is what it means, and English then borrowed the word from French. Words for foods and drinks very often keep their general meanings while changing their specific ones when carried from place to place. Think, for instance, of “whiskey,” an originally Gaelic word for a liquor distilled in Scotland and Ireland from barley mash that came to refer in the American south to a liquor, also known as bourbon, distilled from corn.

The story with yayin and oinos is different. The making and consumption of grape wine (as opposed to such “wines” as date wine, rice wine, etc.) had spread all over the Mediterranean world and parts of Europe by an early historical period, and the similar words for wine that exist in many European and Semitic languages all point to a common source for both the beverage and its name. Thus, to take a small sample, besides Greek oinos and Hebrew yayin, we have Latin vinum, Russian vino, Lithuanian vynas, German Wein, Welsh gwin, Armenian gini, Georgian gvini, and Amharic (the main language of Ethiopia) weyinina , to say nothing of such farther-flung cognates as Swahili mvinyo and Maori waina.

Many of these words are obviously borrowings. Ancient Russians, Lithuanians, Germans, and other central and northern European peoples did not grow grapes or make wine, and a widely disseminated word for it could not have originated in any of their languages, just as it could not have done so in Amharic, Swahili, or Maori. And although such a word theoretically could have originated in Latin vinum, Greek oinos,or Hebrew yayin, since ancient Italy, Greece, and Palestine were all grape-growing and wine-making regions, this, too, is unlikely, because the earliest grape cultivation and wine production that historians can point to took place in the Caucasus.

The oldest wine-making site discovered anywhere in the world thus far is in the Kvemo Kartli region of southeast Georgia, where clay vessels containing grape seeds and vine dust, dated to about 6,000 BCE, have been unearthed. It is probable, therefore, that it was Georgian, neither an Indo-European nor a Semitic language, that gave the world wine and a word for it, both of which spread in tandem.

This leaves us with three possibilities:

(1) Wine and its manufacture traveled from the Caucasus to southern Europe and the eastern Mediterranean basin at roughly the same time, so that oinos and yayin are independently descended from an ancient form of modern Georgian gvini, either directly or through other, mediating languages.

(2) Wine reached southern Europe from the Caucasus first and traveled from there to the eastern Mediterranean, so that yayin may descend from oinos.

(3) Wine reached the eastern Mediterranean from the Caucasus first and traveled from there to southern Europe, so that oinos may indeed descend from yayin.

To the best of my knowledge, all of this remains an open question. Perhaps it will eventually be settled by the linguists and archaeologists, perhaps not. There’s really no rush to find out. Whether you would rather wash down your steak with a Greek agiorgitiko or an Israeli cabernet sauvignon doesn’t have much to do with it.

Why the Word for Wine Is Similar in So Many Languages