There's No Need to Reclaim the Word “Jew”

Contrary to a Times column, the reason people say “he’s Jewish” rather than “he’s a Jew” has nothing to do with anti-Semitism. It’s just a quirk of grammar, and it’s not unique to Jews. 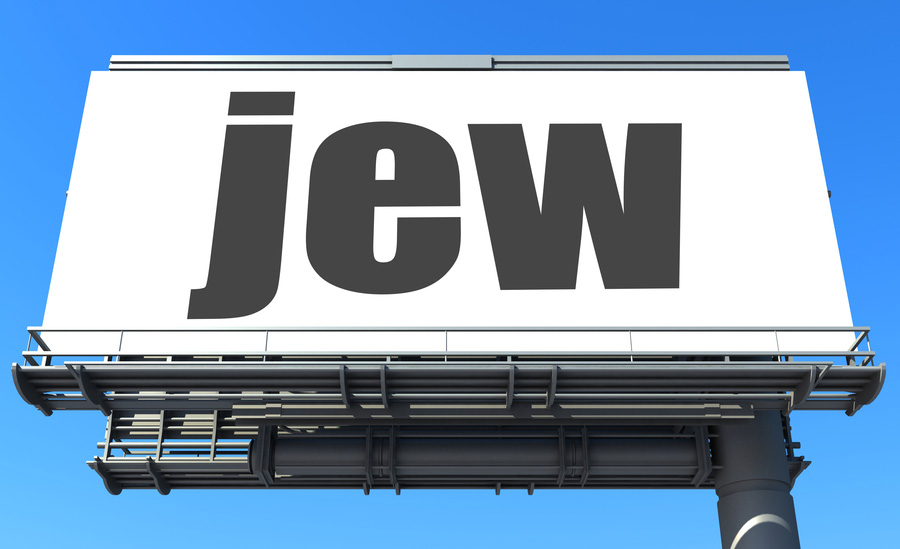 “We Jews recoil from calling ourselves Jews,” writes Mark Oppenheimer, the host of the Jewish podcast Unorthodox, in an op-ed entitled “Reclaiming ‘Jew’” in the April 24 New York Times:

In my experience as an editor at a publication focusing on Jewish news and culture . . . I have noticed how many Jewish writers—me included—avoid calling anyone a “Jew.” I frequently edit articles that mention “Jewish politicians” or “Jewish artists” but not “Jews.”

The reason for this linguistic propensity, Oppenheimer believes, is that “Like our non-Jewish friends, we Jews have been conditioned to think of a ‘Jew’ as something bad. We will say ‘Some really nice Jewish people moved in next door,’ rather than, ‘Some really nice Jews moved in next door.’” And as an example of how such conditioning is built into our English, Oppenheimer cites a recent speech by Donald Trump, given on the occasion of Passover and Easter, in which the American president hoped for an age in which “good people of all faiths, Christians and Muslims and Jewish and Hindu, can follow their hearts and worship according to their conscience.”

Even allowing for President Trump’s sometimes idiosyncratic diction, his mention of “Christians and Muslims and Jewish” instead of “Christians and Muslims and Jews” would at first glance appear to confirm Oppenheimer’s thesis. Isn’t it obvious that the president feels uncomfortable with the noun “Jew,” which is why he attached the adjectival “-ish” to it, thereby making grammatical hash of his sentence?

Actually, it isn’t obvious—and not only because President Trump has used the word “Jews” on other occasions. After all, the fourth term in his list of “people of all faiths,” “Hindu,” is an adjective just like “Jewish”; to have been a noun in this sentence, it would have had to be “Hindus.” Would Oppenheimer conclude from this that the president thinks that, when used as a noun, “Hindu,” too, denotes “something bad”?

This isn’t to say that Oppenheimer, like others before him who have observed the tendency in American English to speak of being Jewish rather than of being a Jew, isn’t on to something. What this is, however, may have more to do with grammar than with Gentile anti-Semitism or a supposed Jewish internalization of it. If anything, in fact, Jews are unique among America’s ethnic groups in commonly referring to themselves, and being referred to by others, as “American Jews” rather than as “Jewish Americans” on the pattern of “Italian Americans,” “Hispanic Americans,” and “Afro-Americans.”

I’ll get back to this point, but first let’s take some hypothetical situations in which English speakers have the choice of referring to someone’s group identity by means of either a noun or an adjective. We’ll start with nationality. Suppose someone, to take Oppenheimer’s example, has moved in next door to you and a friend asks you who he, she, or they are. Which of the following answers sounds more natural?

In each of these cases, I venture to say, the adjectival formulation—the one analogous to “He’s Jewish” or “She’s Jewish”—is the one we would probably use. True, there might be certain contexts in which we would choose the nominal formulation. If I merely ask you where Peter is from, you’ll say, “He’s English,” but if I ask you why Peter puts vinegar instead of ketchup on his fries, you might say, “Look, he’s an Englishman.” When we wish, in other words, to emphasize that a person’s nationality is a determining factor in his or her behavior or personality, we’re more likely to refer to it nominally. When we’re simply mentioning what that nationality is without ascribing any particular significance to it, we’ll almost always do so adjectivally.

Suppose we now do the same with religious identity. Here again are some choices:

Let’s begin with the first of these. Although “She’s a Catholic” and “She’s Catholic” are both perfectly normal statements to make, there is, one feels, a subtle difference between them. The adjectival “She’s Catholic” does not necessarily imply anything about the person in question’s beliefs or religious life; it simply conveys that she is affiliated in some way—it could be by parentage or sociological classification—with the Catholic community, even if she never goes to church or subscribes to Catholic dogma. The nominal “She’s a Catholic,” by contrast, would suggest that this same person’s Catholicism is a matter of conviction and part of her deeper sense of self.

For the same reason, “I’m Buddhist” rather than “I’m a Buddhist” and “Is she Evangelical?” rather than “Is she an Evangelical?” sound strange to us. This is because being either in today’s America necessarily reflects an inner state of mind—in the former case because there is no sociologically distinctive Buddhist community in the United States to be born into and in the latter case because being an Evangelical Christian involves by definition a personal declaration of faith. One cannot “be Evangelical” in the same merely outward or communal sense that one can “be Catholic” or “be Hindu” or “be Muslim.”

And finally, one more example. A little green man knocks on your door one day to ask for directions and says, seeing that you’re staring at him, “I’m Martian.”

“That’s obvious,” you tell him. “But if you don’t mind my correcting you, you should say ‘I’m a Martian.’”

“Oh?” says the Martian, taking out a little notebook, since he’s always eager to improve his English.

“Yes,” you say. “If you use ‘Martian’ as an adjective as one uses ‘Irish’ or ‘Italian’ in ‘I’m Irish’ or ‘I’m Italian,’ coming from Mars is made to sound like only one of your many attributes and no more important than the others. That’s hardly how you appear to us here on earth.”

And this is the crux of the matter. A noun describes the essence of something. It tells us what that things is: a table, a chair, a tree, a cloud. An adjective is an attribute. It tells us that the table is round, the chair comfortable, the tree tall, the cloud gray. If a tall tree is shortened, or a gray cloud turns black, they’re still the same tree and cloud. Their tree-ness or cloud-ness is what defines them, not their height or color.

Which brings us back to “Jew” and “Jewish.” The distinction between the two terms in contemporary American speech has little to do, in my opinion, with some supposed opprobrium attached to the word “Jew.” It is much more a matter of how important someone’s Jewishness is taken to be by himself or by others. The difference between saying “I’m a Jew” and “I’m Jewish” can be (although it isn’t always) the difference between saying “My Jewishness is an essential part of me” and “My Jewishness is just one more thing about me.”

And this is why so many non-Jewish Americans prefer “Jewish” to “Jew” and tend to speak of “the Jewish people” who have moved in next door rather than of “the Jews.” Far from being anti-Semitic, they’re being deferential to Jews by saying, “We won’t define you by your Jewishness. If you want to define yourselves by it, that’s your business.” The fact that so many Jews in America do publicly define themselves by it and call themselves American Jews rather than Jewish Americans is, among other things, a sign of how little stigma is attached to being a Jew in today’s United States.

There's No Need to Reclaim the Word “Jew”