Do We Take Pleasure, or Do We Scoop It Up?

The hidden roots of the Yiddish-American expression “to shep nakhes.“ 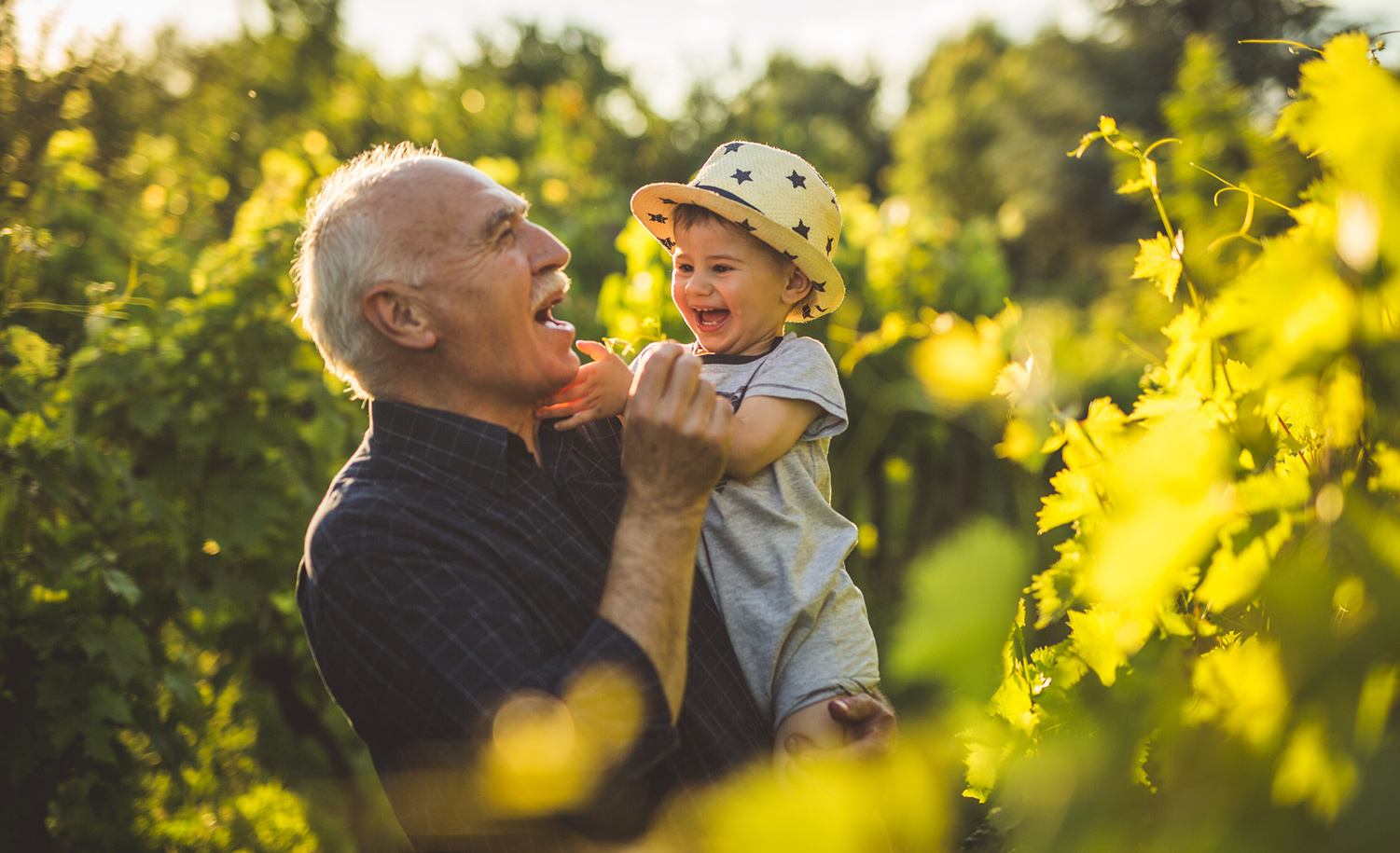 Bill Morris of San Diego has sent me a lengthy e-mail whose main points I will try to summarize. They concern the Yiddish expression shepn nakhes, to derive pleasure or satisfaction from something, an expression used by many American Jews in its English form of “to shep nakhes.” “She’s shepping nakhes from her son at Harvard Law School,” “They’re looking forward to having grandchildren to shep nakhes from”—who of us hasn’t said or heard such things? Mr. Morris, who has done both, has a confession to make and a question to ask.

The confession is that, until recently, he had thought that nakhes referred only to pleasure derived from one’s offspring. It took a fellow member of his synagogue, he writes, to inform him that nakhes can come from anything. One can get it from a job, a book one has read, or a compliment one has received. True, another common Yiddish expression, nakhes fun kinder, means “nakhes from children,” but this doesn’t exclude other kinds of nakhes. Moreover, the phrase is often invoked ironically to mean its opposite, as in an exchange like:

“Did you hear about Betty’s grandson?”

As for shepn, its meaning in Yiddish is to scoop or draw, as in drawing water from a well. This makes shepn nakhes a curious idiom. Why should pleasure be something one scoops as though in a bucket? Can it be that hiding behind shepn nakhes is some other language in which such an expression makes more sense? And if so, what might that language be?

This is Mr. Morris’s question. He has looked for such a language, he writes, in all the likely places, including Hebrew, German, and Slavic tongues like Polish and Ukrainian. (Nearly all Yiddish vocabulary comes from one of these three sources.) But he found nothing in any of them that might explain shepn nakhes. The only language to fill the bill was Dutch, in which scheppen (pronounced “skheppen”) means to ladle or scoop as it does in Yiddish but can also mean to create and occurs in a wide range of idioms; thus, we have scheppen adem, to draw or take a breath; scheppen moed, to take courage; and scheppen vreugde, to take pleasure.

The last of these corresponds perfectly to shepn nakhes. Since Dutch, however, is a language that has almost never influenced Yiddish, which developed in German-speaking areas far from Holland, it is not terribly plausible that shepn nakhes is a direct translation of scheppen vreugde. On the other hand, it is equally implausible that the similarity is a pure coincidence. Hence, Mr. Morris’s appeal for help.

I’ll try to provide it. Mr. Morris’s thinking up to this point was logical. His only mistake was not to widen his German search. Although German doesn’t have a verb scheppen (which in German would be pronounced like Yiddish shepn), it would be odd if, being so closely related to Dutch, it didn’t have some cognate of the Dutch verb—and in fact it has two: schaffen, to create, and schöpfen, which has the same idiomatic usages that Dutch scheppen does. (In “scoop,” English has a cognate to these verbs, too, but that is of no relevance to our discussion.) Indeed, German even has the expression schöpfen Freude, to take pleasure, the exact equivalent of Dutch’s scheppen vreugde. And in medieval German, from which Yiddish descends, the verb was schepfen rather than schöpfen, making the resemblance even greater.

Is not schepfen Freude obviously where shepn nakhes must have come from, with the Hebrew/Yiddish nakhes having been substituted for Freude? The loss of the “f” in schepfen is only to be expected. Wherever medieval German had a “pf” combination, Yiddish lost either the “p” if it occurred at the start of a word (e.g., medieval and modern German Pferd, “horse,” Yiddish ferd; German Pfeffer, “pepper,” Yiddish fefer) or the “f” if it occurred in the middle or end of a word (e.g., German Apfel, “apple,” Yiddish epl; German Kopf, “head,” Yiddish kop.) And since Yiddish never underwent the umlautization that changed medieval German schepfen to modern German schöpfen, shepn is what schepfen would have become.

Case closed? Almost but not quite, because there is another etymology for shepn that has been proposed. This is the Hebrew verb sha’av, which not only sounds like schöpfen but has the same meaning of to draw, both literally as in drawing well water, and metaphorically as in drawing inspiration. The Yiddish shepn nakhes, in fact, is often rendered into Hebrew as lish’ov naḥat, “to draw pleasure,” Why, then, it has been asked, could not this Hebrew verb, rather than a German one, have been the source of shepn?

The answer to this is twofold, having both a phonetic and a historical component. Phonetically, sha’av would have yielded the Yiddish verb shoyvn, not shepn. Historically, lish’ov naḥat is a Hebrew neologism not found before the late-19th century. Schepfen Freude, on the other hand, is far older. In the form of erschepffen freude I’ve been able to trace it as far back as a 1533 sermon of Martin Luther’s, and it undoubtedly antedates that.

Clearly, then, Hebrew lish’ov naḥat is a translation of Yiddish shepn nakhes, which in turn comes from schepfen Freude, rather than the other way around. Case closed? Now it really is.

Do We Take Pleasure, or Do We Scoop It Up?