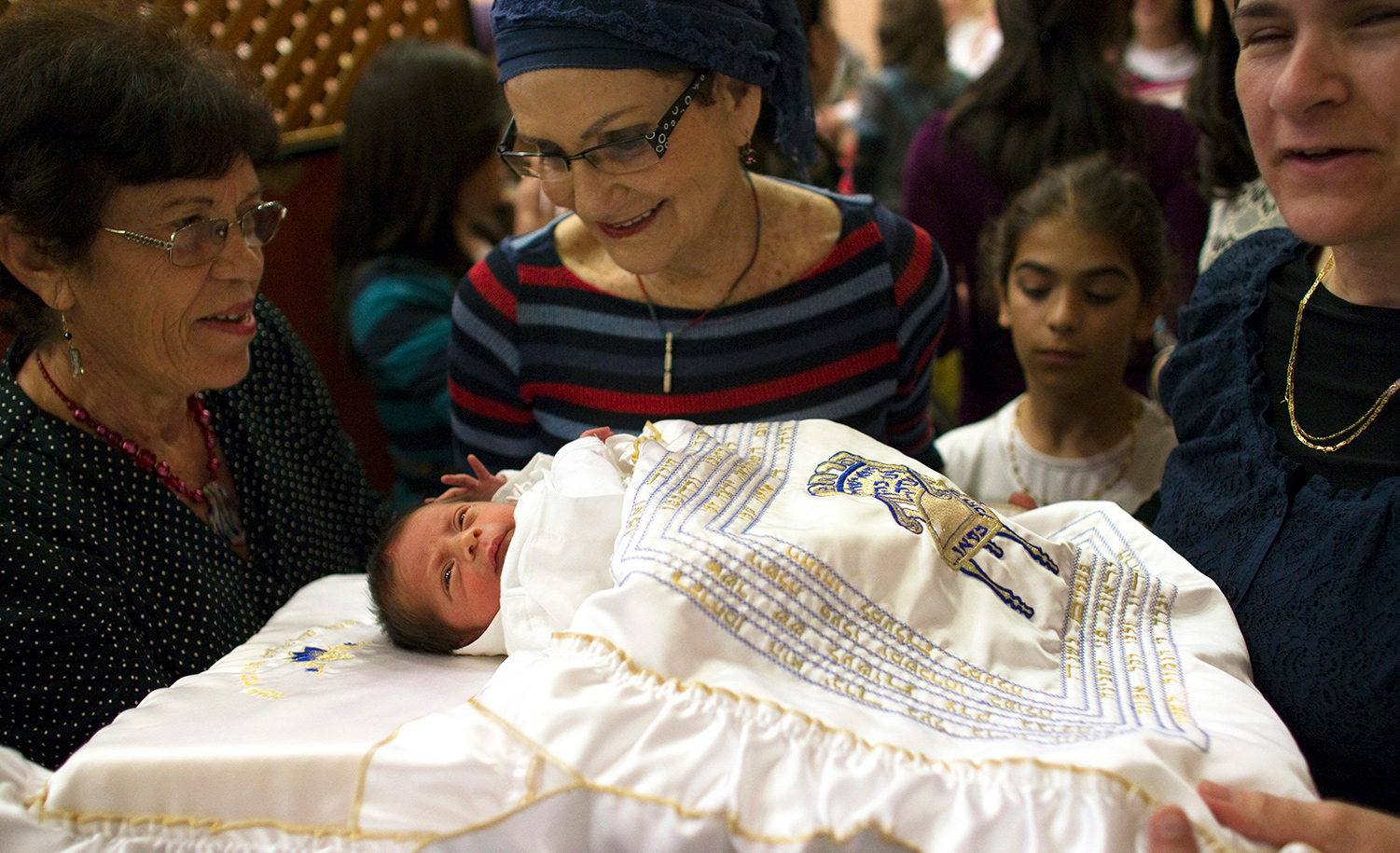 A baby and relatives after his circumcision. REUTERS/Ronen Zvulun.
In June 2012, a court in Cologne, Germany ruled that the circumcision of boys should be considered a prosecutable physical assault. In a case involving a four-year-old Muslim boy, the judges declared that the permanent physical alteration of any part of the body infringes a child’s right to decide his beliefs for himself. The verdict against the doctor who had performed the procedure stated that neither the rights of parents nor the right to religious liberty could justify “serious and irreversible interference with physical integrity.”