The Mystery* of Simhat Torah 1663, at the First Synagogue in England in 350 Years 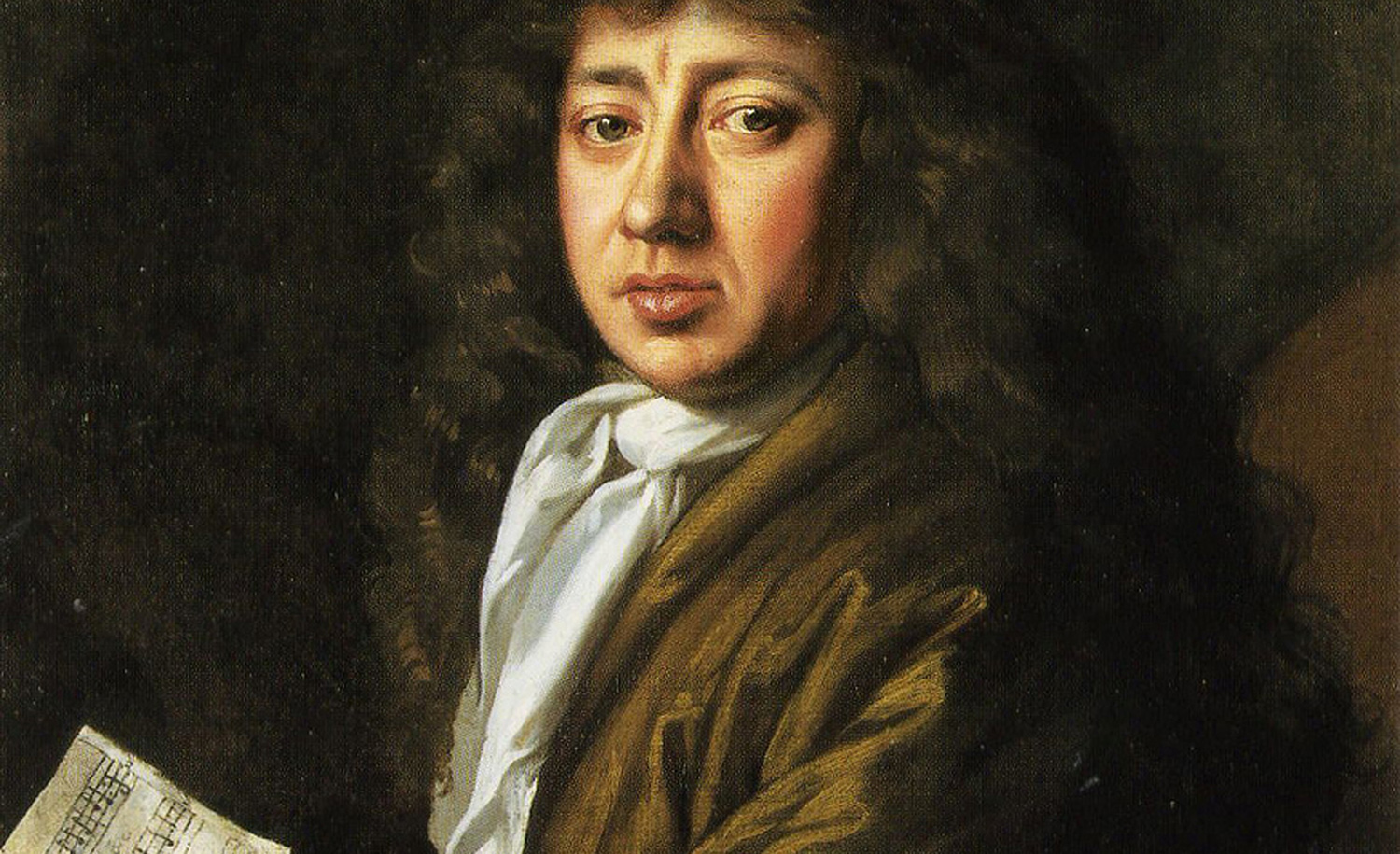 “One of the most famous foundational stories in the narrative of Anglo-Jewry,” it was called by Tablet several years ago. The online Jewish magazine was referring to an entry in the diary of the British statesman Samuel Pepys (1633-1703), describing a visit to the Shaar Hashamayim synagogue in London on, so it would seem, Simḥat Torah, the day of the Rejoicing of the Law that marks the end of Sukkot and the autumn holiday season. Established in 1656, scant months after the government of Oliver Cromwell permitted the re-entry of Jews after a banishment dating back to 1290, Shaar Hashamayim was the country’s first synagogue in over 350 years.

Today, Pepys (pronounced “Peeps”) is better known as a diarist than as the chief secretary to the admiralty that he rose to be. The daily record that he made of his doings and of goings-on in London between 1660 and 1669 provides an invaluable glimpse into the life of the period. For our own purposes, on Wednesday, October 14, 1663, after summing up a morning of official business, he continued, characteristically leaving out some of his pronouns and verbs:

Thence home and after dinner my wife and I, by Mr. Rawlinson’s conduct, to the Jewish Synagogue: where the men and boys in their vayles, and the women behind a lattice out of sight; and some things stand up, which I believe is their Law, in a press to which all coming in do bow; and at the putting on their vayles do say something, to which others that hear him do cry Amen, and the party do kiss his vayle. Their service all in a singing way, and in Hebrew. And anon their Laws that they take out of the press are carried by several men, four or five several burthens in all, and they do relieve one another; and whether it is that everyone desires to have the carrying of it, I cannot tell, thus they carried it round about the room while such a service is singing. And in the end they had a prayer for the King, which they pronounced his name in Portugall; but the prayer, like the rest, in Hebrew. But, Lord! to see the disorder, laughing, sporting, and no attention, but confusion in all their service, more like brutes than people knowing the true God, would make a man forswear ever seeing them more and indeed I never did see so much, or could have imagined there had been any religion in the whole world so absurdly performed as this. Away thence with my mind strongly disturbed with them and set my wife in Westminster Hall and I to White Hall.

Pepys’s review of the day concludes with several more state meetings and some shopping with his wife, following which, he writes, they went home “to supper and to bed.”

One can’t but be amused by Pepys’s shock. Curious to see what Jewish prayers were like, and escorted by a friend named Rawlinson who apparently had been to them before, he witnessed a parading of Torah scrolls for whose boisterousness he was unprepared, no one having informed him that this was not how Jews usually worshiped.

But was this an actual Simḥat Torah service? I have my doubts.

There’s no need to be familiar with 17th-century English to figure out what Pepys saw. By “press,” one of whose meanings at the time was a cupboard in a wall niche, he was referring to the congregation’s Ark. The “things that stood up in it” were its Torah scrolls, or as he called them, its “Laws.” There were four or five of these, each a “burthen” carried by the congregants, who passed them from one to another. The language of “Portugall” that they used when not reciting or singing Hebrew prayers or songs might also have been Spanish. Pepys wouldn’t have known the difference, and Shaar Hashamayim’s members were Spanish-Portuguese Jews who had mostly come to London from Amsterdam, where their ancestors had settled after being expelled from the Iberian peninsula in the late-15th and early-16th centuries.

As for “vayles,” today spelled “veils,” this was Pepys’s word for the prayer shawls or tallitot of the male worshipers. His choice of it was not as odd as might seem at first glance. One meaning of “veil,” to cite The Oxford Universal Dictionary, is “a piece of woolen material forming the outer part of the distinctive headdress of a nun, and worn so as to drape the head and the shoulders.” (The expression “to take the veil,” that is, to enter a convent, comes from this.) The custom of draping one’s tallit over one’s head while praying is an old one, practiced not infrequently to this day, and it is this that Pepys was describing.

There are discussions in rabbinic literature as to whether, and in what circumstances, such “veiling” with one’s tallit is mandated or desirable. One the one hand, it was argued, doing so helped to shut out the external world and to facilitate concentration in prayer; on the other hand, it hid, during the morning service, the phylactery cube worn on the forehead. A staunch defender of the practice was the eminent halakhist Rabbi David ben Solomon ibn Zimra (1479-1573), better known by his initials in Jewish tradition as “the Radbaz.” The Radbaz was the teacher of Isaac Luria Ashkenazi (1534-72), more commonly known as “the Ari,” the founder in the Palestinian hilltop town of Safed of a kabbalistic school named for him that swept parts of the Jewish world in the late-16th and 17th centuries. Luria followed this custom and instructed his disciples to do the same.

Amsterdam was a place in which Lurianic kabbalah held sway. A leader of its community had been Abraham Cohen de Herrera (1562-1635), a kabbalist, philosopher, and pupil of Israel Sarug, himself a disciple of the Ari’s in Safed and a disseminator of his thought. When the messianic Sabbatian movement, which had deep roots in Luria’s theology, broke out in 1665, two years after Pepys’s visit to Shaar Hashamayim, Amsterdam was one of its main centers. It’s not surprising, therefore, that the Jews seen by Pepys were all “veiled.”

And yet these prayer shawls are one of the diary entry’s problematic aspects. Although the parading of a congregation’s Torah scrolls, known in Hebrew as hakafot or “circlings,” is usually performed twice on Simḥat Torah, once on the night with which the holiday begins and again on the following morning, the tallit is customarily worn in prayer only in daytime—and Pepys and his wife obviously visited Shaar Hashamayim in the evening. They had already had their “dinner,” which in 17th-century English could only mean the large lunch that was the main meal of the day. If one allows time for the afternoon nap that we know (from the diary) that he liked to take, and for tea upon rising, the Pepyses would have reached the synagogue just in time for the evening service. This would have begun right after sunset, which in late October takes place in London at about 5:45 p.m.

I say “late October” because, though Pepys’s diary entry is for the middle of the month, 17th-century England still went by the old Julian calendar, which lagged behind the solar cycle of the year. It was to make up for this lapse that Pope Gregory XIII had the Julian calendar recalibrated in 1582, moving it ten days ahead. (By 1700, the difference had increased to eleven days.) Protestant England, however, did not switch to the Gregorian calendar until 1752, so that Pepys’s October 14 was equal to our October 24.

Which brings us to an even greater problem that, oddly, no one seems to have noticed—namely, that while Simḥat Torah indeed fell in 1663 on the Julian date of Wednesday, October 14, it started, like all Jewish holidays, the previous evening, on Tuesday, October 13, when the nighttime hakafot seemingly described by Pepys took place. Why, then, were they attributed by him to Wednesday? Did he observe them on Tuesday evening but, coming home late with his wife, enter Tuesday’s events in his diary only the next morning, thus causing its editors to confuse the dates of his visit to the synagogue?

He did not. The diary has a separate entry for Tuesday, October 13 beginning “So rose in the morning in perfect good ease,” just as it has one for Monday, October 12 and for Thursday, October 15. The Wednesday entry could only have been written on Wednesday between “supper” and “bed,” and refers to that day alone.

So what hakafot could the Pepyses have seen on Wednesday evening? The only possible answer is that these were the hakafot shniyot, the “second hakafot,” a repeat parading of the Torah scrolls on the night after Simḥat Torah has ended. (Though actually the holiday’s third round of hakafot, they’re the second of the day.) The custom of second hakafot was initially instituted by the Ari in Safed, from which it spread all over Palestine and to a few places in the Diaspora where Luria’s influence was great.

Could one of these places have been Amsterdam, from which the custom was brought to London? The nighttime donning of prayer shawls on Sabbaths and holidays may have also had a Lurianic connection. Although the Ari, according to his disciple Ḥayyim Vital, disapproved of the practice, there were later traditions to the contrary that led to its adoption by some ḥasidic groups in Eastern Europe which traced it back to him, and forward from him to Ḥasidism’s founder, the Baal Shem Tov. Some or all of Amsterdam’s Jews may have had such a tradition, too.

Second hakafot are still held everywhere in Israel today, often accompanied by musical instruments, the playing of which is not permitted on the holiday itself. Though there was no such music at Shaar Hashamayim on the evening of Pepys’ visit, these hakafot and not an actual Simḥat Torah service were most likely what he saw. The Ari may be the key to it all.

The Mystery* of Simhat Torah 1663, at the First Synagogue in England in 350 Years