If you did not leave Poland with the Soviets in June 1941, it is most inadvisable to do so now. 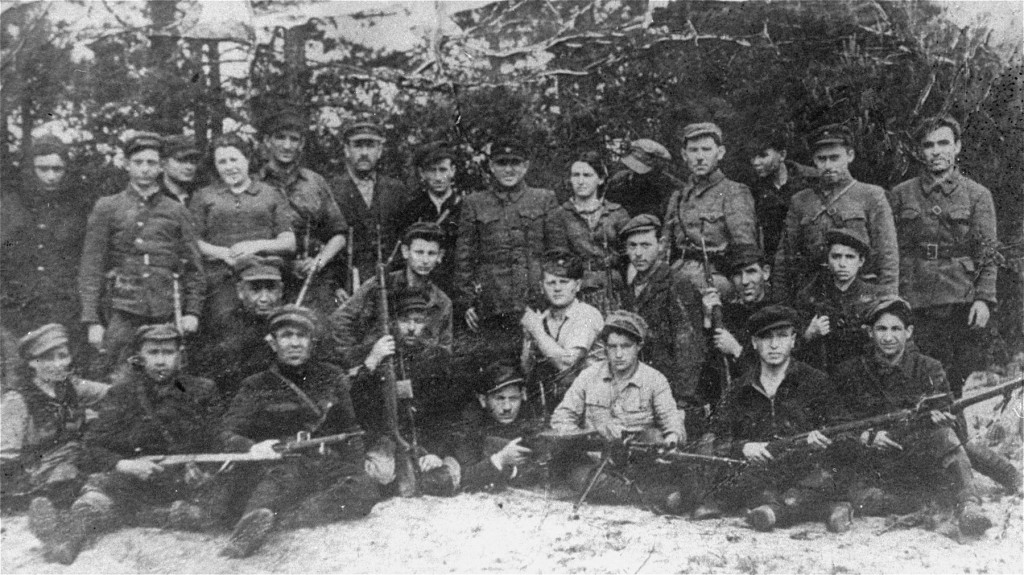 Observation
Mark Somerstein
About the author


Mark Somerstein is a therapist and clinical social worker in private practice in New York.

The passages below have been extracted from the 1944 edition of the Handbook for Dealing with Totalitarian Regimes. They are followed by an explanatory note from the extracts’ editor.

If you did not leave Poland with the Soviets in June 1941, it is most inadvisable to do so now. The Germans and their henchmen are everywhere, and the Red Army is still very far away. While at first it might have seemed tenable to remain in the ghetto, with its surprising degree of autonomy in everyday life, for some time now it has been clear that the ghetto is doomed. Continual raids and deportations, hunger, and disease have decimated the population, and there will be only more of the same until no one is left.

You may have considered joining the partisans, a choice that indeed promises many relative advantages: active armed resistance to your oppressors, freedom of movement, the ability to requisition food, alliance with Gentile anti-fascist groups, and others. This option, however, is best suited to young, single individuals and those who are familiar with, or can quickly learn, the use of firearms. In addition, the risk of not being accepted by the partisan group, or worse, of betrayal by it, is considerable.

Similarly, many people have resorted to digging group bunkers in the nearby forest. This allows you to be invisible as long as you are inside, and furnishes a place for you to sleep, presumably undisturbed. The negative here is that the quarters are initially very cold and can become quite cramped, with all of the difficulties that entails. Moreover, the large number of people involved renders even a single act of betrayal costly indeed.

Taking shelter with a local peasant/farmer is another idea with evident merit. It offers a place to stay, food on a regular basis, and the near-certainty that no one will know you are there. As long as the arrangement proceeds in this way, it can continue indefinitely and is therefore highly desirable. Unfortunately, the Germans, who are all too aware of such arrangements, apply a strictly enforced carrot-and-stick method of discouraging and undoing them.

The stick: the penalty for anyone who harbors or aids a Jewish person is death. The carrot: by contrast, anyone aiding in the apprehension of a Jewish person, of whatever age, will be rewarded with sugar, whiskey, and cash. These are desirable commodities even in times of peace; in wartime, the prospect of receiving them in return for getting rid of people whom their host anyway does not like (or positively hates) is almost irresistible.

As you may already have understood, it takes a courageous person, perhaps also a person of unusual moral development, to act in opposition to German policy. To offset the risk, material compensation is often necessary. Even so, however, things may have to be re-evaluated if the money runs out. Jealous neighbors are another factor that must be taken seriously, as betrayal is once again an ever-present possibility.

If all of the previous options have been tried, or do not apply, then your hand may be forced. You may have to try your luck at going into the forest on your own or in a small group.

Such a plan has positive features with which we are already familiar: you will be mobile, you can forage for (i.e., steal) food, and you will be in a place not normally frequented, which serves your goal of remaining undetected.

There are, however, inherent disadvantages. Since you are in the open, exposure to the elements becomes an issue. The clothes you are wearing, for example, may have served well in the summer but will be inadequate in the fall and winter when the dangers of frostbite and hypothermia become acute. Personal hygiene is also problematic, as bathing in the winter is much more difficult. The same is true for food, which becomes much harder to find.

Another complicating factor in exercising the forest option is that, although you are mostly outside the range of everyday life, you must nevertheless be wary of those who might come looking for you. From time to time, Germans and/or their henchmen, to complete a mission or to seek reward, will show up in the forest with weapons and binoculars in hand. They must be avoided at all costs. If contact is made, your best hope is speedy flight in a rapidly shifting zigzag pattern that will not allow your pursuers enough time to aim properly before firing, thus lengthening the odds of their hitting you.

Of course, nobody going through such experiences would have been able to publish or contribute to a survival handbook in 1943 or 1944.  In composing the above, I have relied on an actual case: that of Abraham and Hadasa Somerstein and Esther Fishbach (Hadasa’s aunt and adoptive mother), all of Skalat, Poland. As they managed to stay together for the entire duration of World War II, I found their experience instructive with regard to the proper exercise of, in particular, the Forest Option. Their encounter with the Ukrainian farmer Tomchuk affords an especially useful lesson in decision-making while in the forest environment.

Their eminently reasonable decision faced one immediate obstacle. A well-off farmer, Tomchuk sought to protect his property, and to that end had surrounded the house’s entrance with several dogs. The quality he wanted was ferocity, and he had found it in wolfhounds, bred to tear intruders to pieces.

Luckily, on the evening in question, the Somerstein group found Tomchuk’s dogs sleeping peacefully in front of the door. Having no alternative, the would-be intruders proceeded to implement their plan. Ever so quietly, they slowly bypassed the hounds and began to tip-toe into Tomchuk’s home. Somehow, the dogs did not awaken, did not bark, and did not attack.

The interlopers spent the night in Tomchuk’s parlor. In the morning, Tomchuk came into the room to find that he had three uninvited guests. Thunderstruck at this compromise of his security system, he grew pale and crossed himself. Nobody could get past the dogs; was he, therefore confronted with apparitions? In short order, however, he came to his senses and established that the intruders were not only human but in need of food and shelter. Thereupon, negotiations opened about what to do next.

Since Tomchuk did not really need the German reward, he did not turn them in. Since he was not prepared to assume the risk of arousing German suspicions, he turned them out.

In the aftermath, Abraham, Hadasa, and Esther remained in the forest until March 1944. The arrival of Soviet troops liberated the nearby town and ended their nine-month experiment in “Living off the Land—Forest Option.”