Before becoming linked to the famous architect who was trying to escape it, the German word mies (rotten) made its way from Hebrew, to Yiddish, to a thieves’ argot called Rotwelsch. 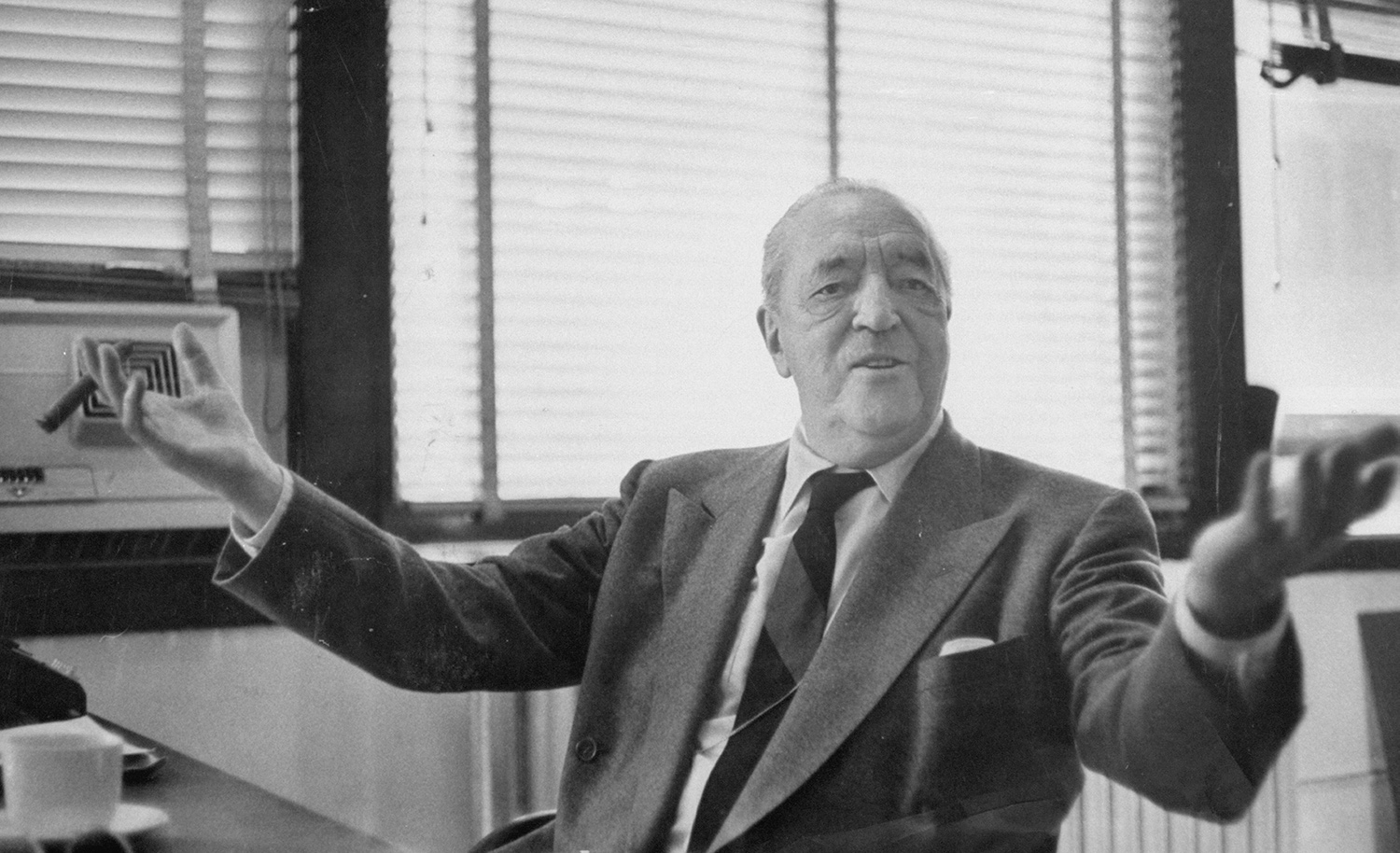 I write for the TV quiz show Jeopardy!, and one of our goals is continually to make new connections for our audience; the more disparate their worlds, the better. I was recently working on phrasing a question about the modernist architect Ludwig Mies van der Rohe when I came across the fact that his original name was simply Ludwig Mies and that he decided to add to it (1) for aristocratic luster and (2) because mies in German means “lousy” or “rotten.”

Suddenly it flashed through my mind that this is where the Yiddish word miyeskayt, “ugliness,” must come from. This would have made a great Jeopardy! clue—except that when I checked out the etymology of miyeskayt, I discovered that it comes from Hebrew mi’us, “repulsive thing.” Crushing! Unless, that is, you can save my clue by telling me the dictionaries are wrong.

I can do better, Billy. I can save your clue by telling you the dictionaries are right. What’s wrong is your reasoning—namely, your assumption that if Yiddish took a word from Hebrew, there can be no connection between it and a similar-sounding word in German. The possibility you failed to take into account was that while the Yiddish word may not have come from German, the German word may have come from Yiddish. This is the case with Yiddish miyeskayt, or miyes, and German mies.

The Hebrew verb ma’as, from which the noun mi’us comes, is a biblical one and means to find something insufferable or to be repelled or revolted by it. “I despise your feast days” is how the King James Bible translates the prophet Amos (speaking in the name of God): ma’asti ḥageykhem. The verb’s meaning has changed little over the centuries, although in contemporary Israeli Hebrew it is used more in the nif’al or passive form. Nim’as li, literally “it has become despicable to me,” is the common Israeli way of saying “I’m sick of it” or “I’ve had enough.” Mushḥatim nim’astem, “We’ve had enough of your corruption!,” was the rallying cry of the left in its 1992 electoral campaign against the Likud that led to the victory of the Labor party, then led by Yitzḥak Rabin.

The noun mi’us, on the other hand, is not common in Hebrew and is familiar to its speakers mainly from the rabbinic phrase muktseh mey-ḥamat mi’us, literally “set aside because of its repulsiveness,” which refers to an object that cannot be moved on the Sabbath solely because it is unsightly. It was in Yiddish that miyes, used adjectivally in the sense of ugly, repulsive, or loathsome, became an everyday word, along with such spin-offs as miyesnik, an ugly or repulsive man; miyusnitse, an ugly or repulsive woman; and miyeskayt, an ugly or repulsive thing, action, or deed.

From Yiddish, miyes passed into German and acquired new derivatives. It probably originally did so via Rotwelsch, a thieves’ and underworld argot, once spoken throughout much of Germany, that has in it a large admixture of Yiddish and Romany vocabulary. (Although it is not something that Jewish historians like to boast of, Jews, along with Gypsies and other social underclasses, were heavily involved in petty crime in Central and Eastern Europe prior to their embourgeoisement in modern times.)

In contemporary German, miese’s meaning is not quite the same as in Yiddish. According to my Langenscheidt’s New College German Dictionary, it is a colloquialism having the sense of seedy, out of sorts, miserable, poor, awkward, bad, or awful, and it has such offshoots as Miesepeter, a “miese Peter” or sourpuss, and Miesemacher, “a miese maker” or alarmist.

Mies also appears in many German idioms, sometimes together with other Rotwelsch-derived words. In his book Gauner, Grosskotz, kesse Lola: Deutsch-jiddische Wortgeschichten (“Thieves, Showoffs, Smart Lola: Stories of German-Yiddish words”), the German linguist and voice actor Christoph Gutknecht devotes a short chapter to mies. In the Westphalian area around Münster, he points out, the quadruple compound Mieswettermalocherente, consists of mies; Wetter (weather); the Hebrew-derived Yiddish word mlokhe, work; and Rente (income). This adds up to “badweatherworkincome,” and might be better rendered in English as “money put away for a rainy day.” And in the expression [ei]ne miese Lobbe ziehen, to make a long face or look unhappy, we have mies paired with standard German ziehen and Westphalian dialect Lobbe, face or puss, originally the front end of a cow.

Mies turns up dialectically elsewhere, too. In Hamburg, Gutknecht writes, to be mies is to be in debt in a poker game or overdrawn at the bank—a usage that, according to the rabbi and historian Andreas Nechama’s Jiddisch in Berliner Jargon (“Yiddish in Berlin Slang”), can be found in Berlin, too. And it may even be that the Israeli nim’astem shows the influence of mies’s German life, because Gutknecht cites a 1928 work of fiction as containing the line, spoken by a fed-up husband to his wife, “Ich sage dir nur eins, Selma, seit ich dich geheiratet hab, ist mir mies von dir.” (“I’ll tell you this, Selma, I’ve been sick and tired of you since the day I married you.”) That’s pretty much what Israeli voters were telling the Likud in 1992.

It was to get away from being mies that the stone carver’s son Maria Ludwig Michael Mies, born in Aachen in 1886 to a working-class family, took his mother’s maiden name of Rohe and prefixed to it the Dutch aristocratic van der. (He couldn’t use the German von der because, to do so in Germany, one had to prove legally one’s descent from nobility.) Today he is known to architects and historians as Mies. Fate is fate.