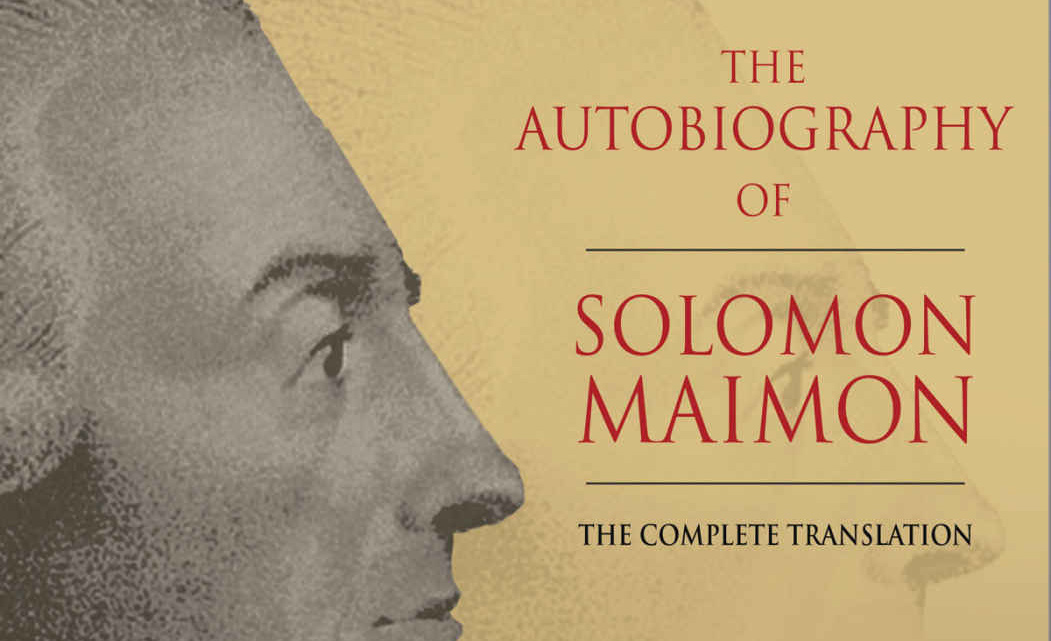 Observation
Michah Gottlieb
About the author

Some philosophers have led ethically unimpeachable, near-saintly lives. Socrates, Spinoza, and Moses Mendelssohn were celebrated for their generosity and personal virtue.

Others, however, have been strikingly immoral. Jean-Jacques Rousseau abandoned all five of his children at the Paris Foundling Hospital, where most died before reaching adulthood. Jean-Paul Sartre was notorious for his callous treatment of women and his enthusiasm for the mass-murderer Mao Zedong. And then there was Martin Heidegger, widely considered one of the preeminent philosophers of the 20th century, who as rector of Freiburg University joined the Nazi party in 1933 and thereafter sought assiduously to implement Hitler’s cultural and educational agenda.

These latter cases raise weighty questions about the relationship between philosophy and ethical character. Can ideas be judged by their expositors’ personal conduct? Does genius excuse moral turpitude? Is it possible that the roots of personal vices can somehow be connected with a philosopher’s philosophy?

The Autobiography of one radical Jewish philosopher, Solomon Maimon (1753-1800), newly translated from the German by Paul Reitter and expertly edited and introduced by Yitzhak Melamed and Abraham Socher, provides an occasion for exploring some of these questions in a specifically Jewish context.

Born Solomon ben Joshua in Poland-Lithuania, Maimon was a talmudic wunderkind. As was not uncommon with such young prodigies, his father was able to marry him off before puberty, and at age fourteen he fathered a child. But Maimon was no typical talmudist. His devotion to knowledge led him to study history, astronomy, kabbalah, and Jewish philosophy on his own. Most important was his close scrutiny of, and identification with, the teachings of Moses Maimonides (1138-1204), the great medieval religious philosopher after whom he would later name himself.

Growing increasingly alienated from traditional Jewish piety and the limited vistas of his East European rabbinic world, Maimon abandoned his wife and child to seek truth. He briefly found an alternative in the still-young ḥasidic movement, spending some time at the court of its leading figure, Rabbi Dov Ber, the Maggid of Mezeritch. But Ḥasidism failed to quench his spiritual thirst.

Maimon’s quest took him to the gates of Berlin, then the center of the Haskalah, or Jewish Enlightenment, if also a city barred to Jews without special permits. After several unsuccessful attempts to gain entry, he was finally admitted in 1780. There he encountered the circle around Moses Mendelssohn, the Haskalah’s leading figure, who, deeply impressed with his genius, encouraged him in his studies. But Maimon’s penchant for drinking and whoring, and his embrace of doctrines regarded by the Enlighteners as inimical to both religion and morality, eventually caused Mendelssohn to ask him to leave Berlin.

In time, still chronically poor and uninterested in learning a profession, Maimon returned to Berlin where he supported himself by translating scientific and philosophical works into Hebrew for the benefit of East European Jews. There he delved more deeply into philosophy, carefully studying Immanuel Kant’s Critique of Pure Reason and writing a treatise on it that he sent to the eminent author—who reciprocated with the statement that “none of my critics has understood me . . . to the degree that Herr Maimon does.”

In 1792-93, Maimon wrote and published his autobiography. He died in 1800, at the age of forty-seven. Having been deemed a heretic, he was buried outside the Jewish cemetery.

Maimon’s Autobiography interweaves his life story with philosophy, psychological self-analysis, and self-promotion. This mixed character provides fascinating insight into the problem with which we began: the relationship among ethical character, philosophy, and personal psychology.

Melamed and Socher’s edition of the Autobiography is especially valuable for exploring this problem, not least because it is complete, which in itself makes it superior to its predecessors. (The first English edition, materially truncated from the original German, appeared in 1888, and was further abbreviated by the classicist Moses Hadas in 1947.) In addition to Paul Reitter’s mellifluous and accurate rendition of the whole work, Melamed and Socher provide annotations incorporating the most recent scholarship as well as a learned, informative introduction sketching the work’s genealogy, context, literary features, and historical significance. The volume concludes with a penetrating afterword by Gideon Freudenthal on Maimon’s philosophical development.

The Autobiography was originally published in two parts: the first traces Maimon’s life up until his arrival in Berlin, while the second, opening with a ten-chapter summary of the philosophy of Maimonides, only then turns to the remainder of Maimon’s life before concluding with a philosophical parable titled “The Merry Masquerade Ball.” Both the section on Maimonides and the concluding parable were omitted in the 1888 translation, despite Maimon’s own insistence that they “explain aspects of my character and my thinking that would otherwise be inexplicable.” As the new edition demonstrates beyond a doubt, he was right: the autobiographical parts need to be read against, and in the light of, his philosophical program.

The core of that program lies in Maimon’s statement that what most attracted him to Maimonides was the latter’s “love of truth above all else.” That love was encapsulated in his great predecessor’s teaching that intellectual perfection, achieved through the pursuit and acquisition of metaphysical truth, is the highest goal of human existence. Maimon claims to be following his master in considering all other human activities, including proper moral conduct, to be of merely instrumental value. Ethical norms, he contends, are “useful in society, for other people,” insofar as they help create the social stability that philosophers need in order to pursue self-perfection. In his summary of the Guide, Maimon paraphrases the message of its famous last chapter as: “Strive then, human, after that which is your very self, and don’t work for others.”

Indeed, a fair number of the anecdotes Maimon tells about himself in the Autobiography appear to support this strictly instrumentalist, not to say arrogantly misanthropic, view of moral conduct. Here are a few:

But did he attain that blessed state?

Far from it: Maimon’s life, by his own telling, was a litany of miseries. He reports frequent contemplation of suicide and at least one attempt at it. The autobiography ends with the words: “I haven’t yet reached the harbor of tranquility.” Moreover, his intellectual perfectionism is often accompanied by intellectual arrogance, making evident that despite his pretensions to care only for spiritual growth, Maimon never ceased thirsting for the recognition and praise of others.

Did he, then, regret his actions or come to reconsider, if not the virtue, then at least the probity of his relentless devotion to the purchase of intellectual growth in the coin of narcissism, callousness, cynicism, cruelty, willful depravity?

Should his frankness about his all too obvious shortcomings be read as a confession? As contrition? Is his self-unmasking a deliberately exaggerated mask of its own, perhaps even a surreptitious plea for atonement?

It’s hard to say with certainty, but—on the basis of his philosophical thinking itself—any such reconsideration or confession seems unlikely.

Consider again Maimon’s reading of Maimonides, and in particular the ringing slogan with which he sums up the Maimonidean philosophical quest: “Strive then, human, after that which is your very self, and don’t work for others.”

Here a crucial problem arises. Although Maimon’s lengthy summary of the Guide of the Perplexed is faithful overall, what Maimonides actually argues in that work’s all-important concluding chapter (III:54) is in tune not with Maimon’s contention but rather with its opposite—namely, that intellectual perfection at its apex is expressed through ethical action. Curiously enough, whether by oversight or by deliberate omission, Maimon makes no reference at all to these final pages.

What do they say? In them, Maimonides takes as his prooftext Jeremiah 9:24: “But let him who glories glory in this, that he understands and knows Me, that I am the Lord who exercises lovingkindness, justice, and righteousness in the earth: for in these things I delight, says the Lord.” Maimonides parses as follows:

The prophet [Jeremiah] does not content himself with explaining that the knowledge of God is the highest kind of perfection; for if this only had been his intention, he would have said, “But in this let him who glories glory in this, that he understands and knows Me” [emphasis added] and would have stopped there; or he would have said, “that he understands and knows Me that I am One,” or, “that I have not any likeness,” or, “that there is none like Me,” or a similar phrase. [The prophet] says, however, that man can only glory in the knowledge of God and in the knowledge of His ways and attributes, which are His actions, as we have shown [in Part I:54 of the Guide] in expounding the passage, “Show me now Thy ways” [Exodus 33:13]. We are told in this passage [from Jeremiah] that the divine acts which ought to be known, and ought to serve as a guide for our actions, are ḥesed, “lovingkindness,” mishpat, “justice,” and ts’dakah, “righteousness.”

For Maimon to absorb and accept this point would have compelled him not just to rethink but to retract his erroneous claim that Maimonides saw morality as wholly subservient to contemplation. Instead, he took to heart his own problematic reading of the master, insisting time and again that his sole concern was theoretical knowledge and that he was “uninterested in practical undertakings.” Just how uninterested, and to what extremes, his candid depiction of his own conduct confirms.

In order to take Maimon seriously as a philosopher, and a deeply Jewish one at that, we are urged by Abraham Socher and Yitzhak Melamed to consider his autobiography as not merely a historical curiosity but as a crucial part of his Jewish philosophical oeuvre. Thanks to their efforts, we are now able to do so. As a result, however, we must conclude that Maimon’s apparent rejection of his namesake’s approach to the ancient problem of the relationship between thought and action puts him at odds with a very great deal that is central to the Jewish philosophical tradition. If anything, that tradition tends strongly to concur with Maimonides’ teaching that the life of reason is expressed most fully through, in the words of Jeremiah, acts of lovingkindness, righteousness, and justice.