The author of our October essay joins us to talk about the sources of Jewish resilience, and to share his memories of the Six-Day War. 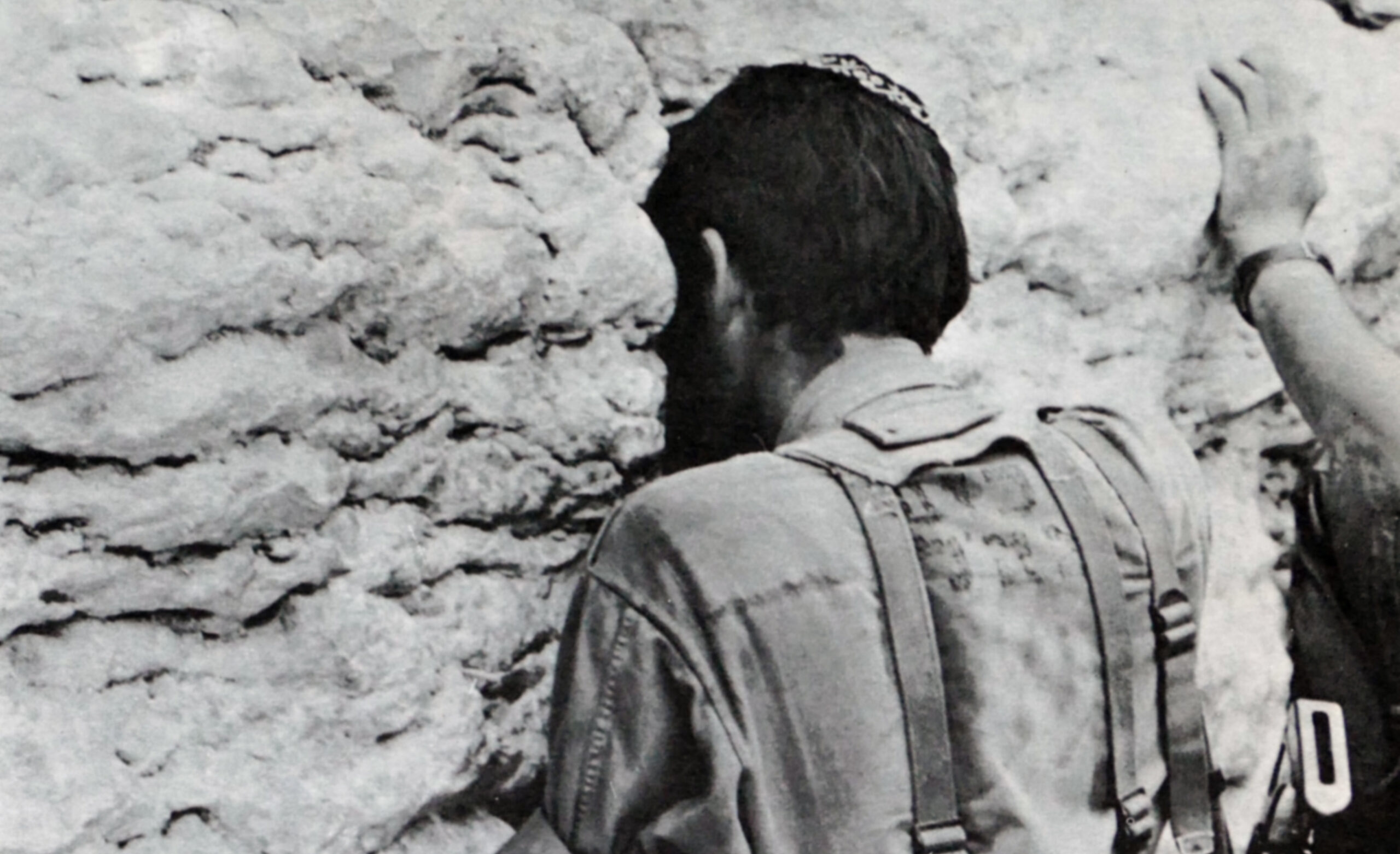 An Israeli soldier praying at the Western Wall during the Six-Day War in 1967. Universal History Archive/Universal Images Group via Getty Images.

Observation
Tikvah Podcast at Mosaic and Daniel Gordis
About the authors

Daniel Gordis is the Koret Distinguished Fellow at Shalem College in Jerusalem and the author, most recently, of We Stand Divided: The Rift Between American Jews and Israel.

2020 has been a year of suffering. The coronavirus has infected tens of millions the world over, taken the lives of a quarter of a million Americans, decimated the economy, and immiserated millions who could not safely funerals or weddings, visit the sick, or console the grieving.

This podcast focuses on how to think Jewishly about suffering and about the sources of Jewish fortitude in the face of tragedy and challenge. In his October 2020 Mosaic essay “How America’s Idealism Drained Its Jews of Their Resilience,” Shalem College’s Daniel Gordis examines recent experiences of Jewish suffering and how different Jewish communities responded to it. In doing so, he makes the case that traditional Jewish life or life in Israel endows the Jewish soul with the resources it needs to persevere, but that life in liberal American Jewish communities offers few of those resources. Here Gordis joins Jonathan Silver to discuss his essay and more.

I remember the Six-Day War almost like it was yesterday. That week, my parents didn’t eat. It was the strangest thing. My mom brought dinner to the table and the three of us were seated, but my parents paced back and forth across the kitchen. I thought that was the weirdest thing. They watched the TV and I didn’t really understand what was going on, and that was that. Then the next night the same thing happened. This was the second night in a row that my parents aren’t eating dinner, and that seemed to me as an eight-year-old to be very very strange, so I finally said “How come you’re not eating?” And my mother blurted out “We’re not hungry!” Now, she wasn’t angry at me, and she wasn’t trying to chastise me. She was just at the very end of her rope emotionally because she was the daughter of that woman who had fled the Ukraine, and Israel was the rebirth of the Jewish people after the horror of the Shoah, and now it looked like it was going to go the same way that Polish Jewry had gone, that the Jews of the Ukraine had gone. When that happened, my parents couldn’t eat.

I learned a tremendous amount from that. Those are the best educational moments. My parents did not sit us down and say “you know what, let’s not eat tonight,” and then we’d ask why we’re not eating and then they’ll say this . . . . Real education doesn’t work that way. Real education happens in much more authentic ways. My parents literally had no appetite―they couldn’t even sit at the table with us. They had to pace. I learned something about the Jewish experience then. I learned something about the vulnerability of Jews and the depth to which that mattered to my parents’ souls because of two empty chairs at the dinner table in the late 1960s.

My son-in-law, who’s very Israeli, points out to me whenever we have conversations about Jewish history that any Israeli kid who was born after the first week of the Yom Kippur War has no recollection of Israel being in existential danger. And that’s of course true of American Jews too. Anybody born November 1, 1973 and on really has no recollection whatsoever of fundamental Jewish existential danger or trauma. The notion that Moshe Dayan would go on to Israeli radio, which Golda Meir prevented, to tell people that the Third Temple was falling toward the beginning of the Yom Kippur War―we just don’t have those memories, most people today.

I think that absence of memory leaves us impoverished, unless we can reinforce it by the Tenth of Tevet and the Seventeenth of Tammuz and the Ninth of Av and the recitation of tahanun and so on. When you don’t have the experience, or the liturgical and calendrical buttressing of that identity, then I think we get a worldview in which everything is reasonably glowing, and if at a certain moment it turns out that life is much more complex than that, then my worry is that we’re not prepared.