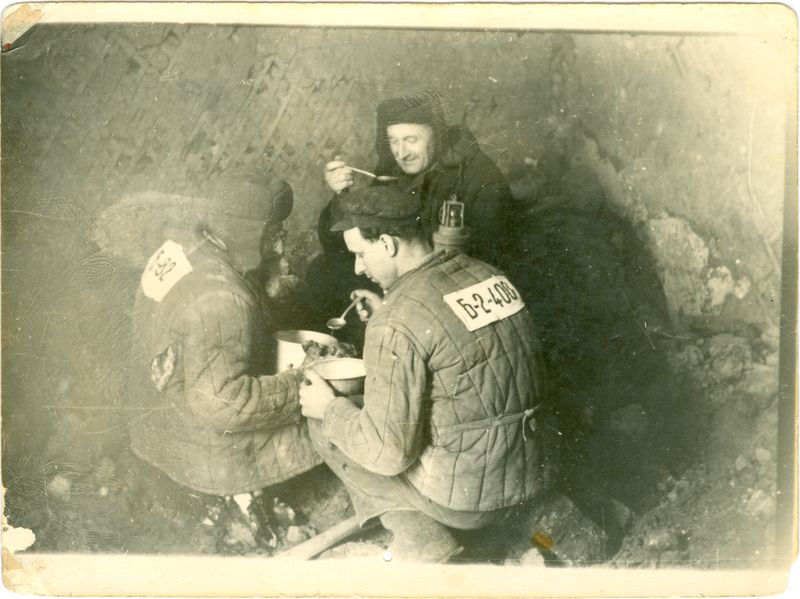 Political prisoners eating lunch in a gulag coal mine. Wikipedia.

While I was reading Julius Margolin’s account of his five years in Soviet slave labor camps, I attended, remotely, a lecture by Angela Davis, who had been invited by a Northwestern student group that treated her as a secular saint. Davis, I knew, had twice been the vice-presidential candidate of the American Communist party, which was directly controlled by Moscow. In 1979, six years after the publication of Aleksandr Solzhenitsyn’s Gulag Archipelago, she accepted a Lenin Peace Prize from the Soviet government. She also supported Erich Honecker’s East Germany and praised the Berlin Wall (in East German parlance, the Anti-Fascist Protective Wall). Despite everything we know about Soviet slave-labor camps causing the deaths of millions, as well as Soviet genocide of numerous ethnic groups, she has remained unrepentant and unreflective about her support for the USSR.