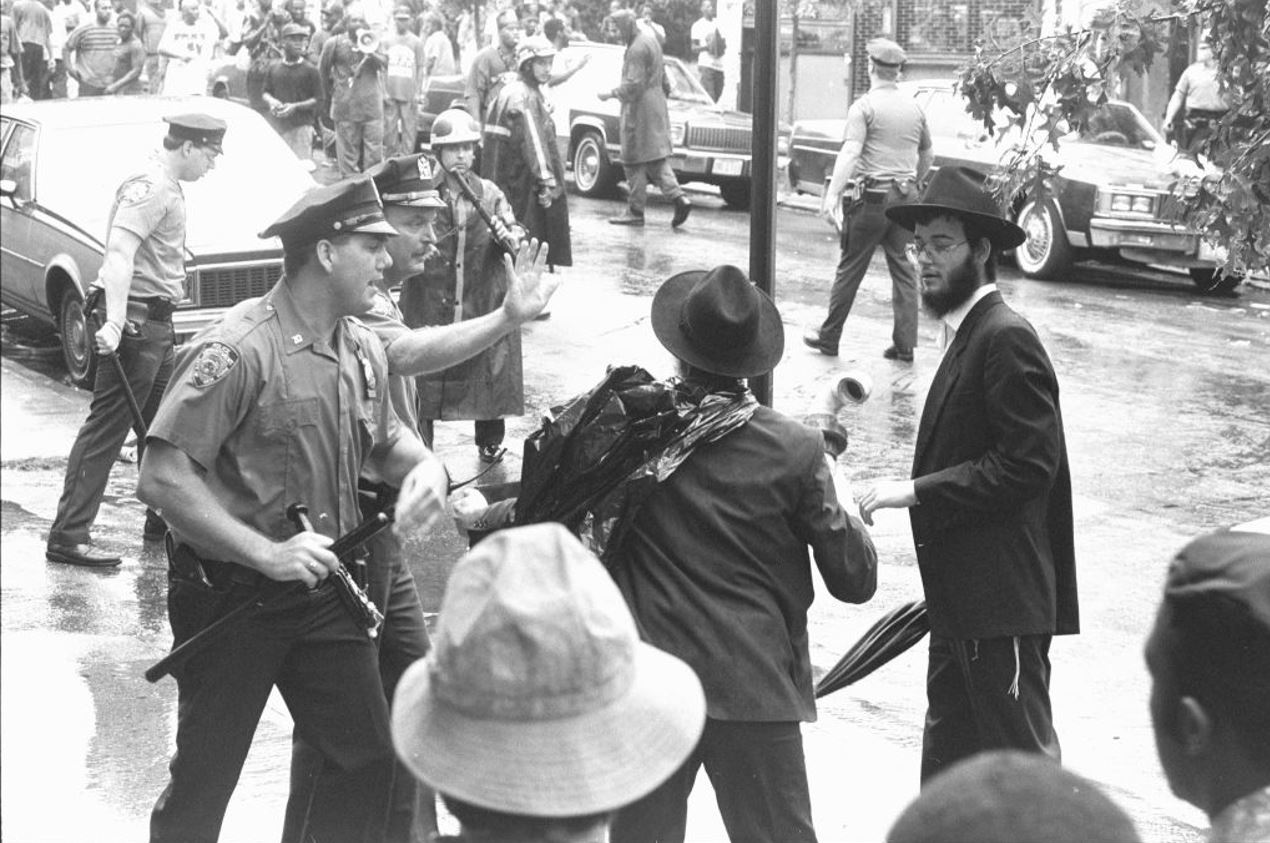 Thirty years ago, in August 1991, riots broke out in the Brooklyn neighborhood of Crown Heights, a neighborhood shared by African Americans and Jews, the latter of whom were mostly members of the ḥasidic Chabad-Lubavitch movement. During the riot, which was sparked by a car accident that killed one young black child and injured another, local black residents attacked Jews on the streets, burned their businesses, and killed one of them, often while chanting anti-Semitic slogans. For three days, local authorities looked on passively.

The episode is a sad one in the history of American Jewish-black relations. This week’s podcast guest believes that if Jews and blacks are to enjoy a fruitful and mutually beneficial relationship in the future, as they have in the past, understanding how and why events like the Crown Heights riot came about is essential. Elliot Kaufman did just that in a recent essay for the Wall Street Journal. A Canadian who is too young to remember riot, Kaufman—in the piece and in this conversation with Mosaic‘s editor, Jonathan Silver—forensically reconstructs what happened in Crown Heights, puts together what it meant at the time, looks at what it teaches us today, and suggests pitfalls that can be avoided so that the two communities can avoid such bitter antagonism.

By Tuesday, every New Yorker with a TV set knew that there was an anti-Semitic riot going on [in Crown Heights]. The newscasters made this clear, the New York Post pretty quickly made this clear, but if you were following the New York Times you got a very different picture. You got a story of a confrontation between two groups—the Times called it “two underdogs colliding.” They wrote of racial clashes in Brooklyn, and the Times very easily made it into a familiar American story of white-on-black, black-on-white violence, and this was indeed the story of American cities at that time. But by doing that, it was able not only to sweep the anti-Semitism under the rug, but it was able to look at the rioters not as racists but as victims of racism, and to look at the riot as a kind of backlash of an oppressed group, an unheard underclass expressing itself.

And so even while of course the New York Times was not in support of the riot, it had this way of framing the riot in which it could be very sympathetic to the rioters and fail to state plainly what was happening, which was an anti-Semitic attack on Jews. People were roaming the streets for Jews because they hated Jews. Even in the years since there’s been a kind of reluctance to tell the story straight, and you have liberal sociologists writing about it saying “well there wasn’t any coherent ideology of anti-Semitism there”—meanwhile the rioters were shouting “hail Hitler!” They didn’t have graduate degrees in this kind of thing, but in attacking the Jews they reached for a readily available anti-Semitic ideology, a kind of Nazism. Jews, in turn, reached for another word, a “pogrom” they called it.