What Jabotinsky Had to Say about Ukraine

A native of Odessa, the Jewish thinker needed no convincing that Ukrainians were a distinct nation. He understood that if they were subdued, no other nation would stand a chance. 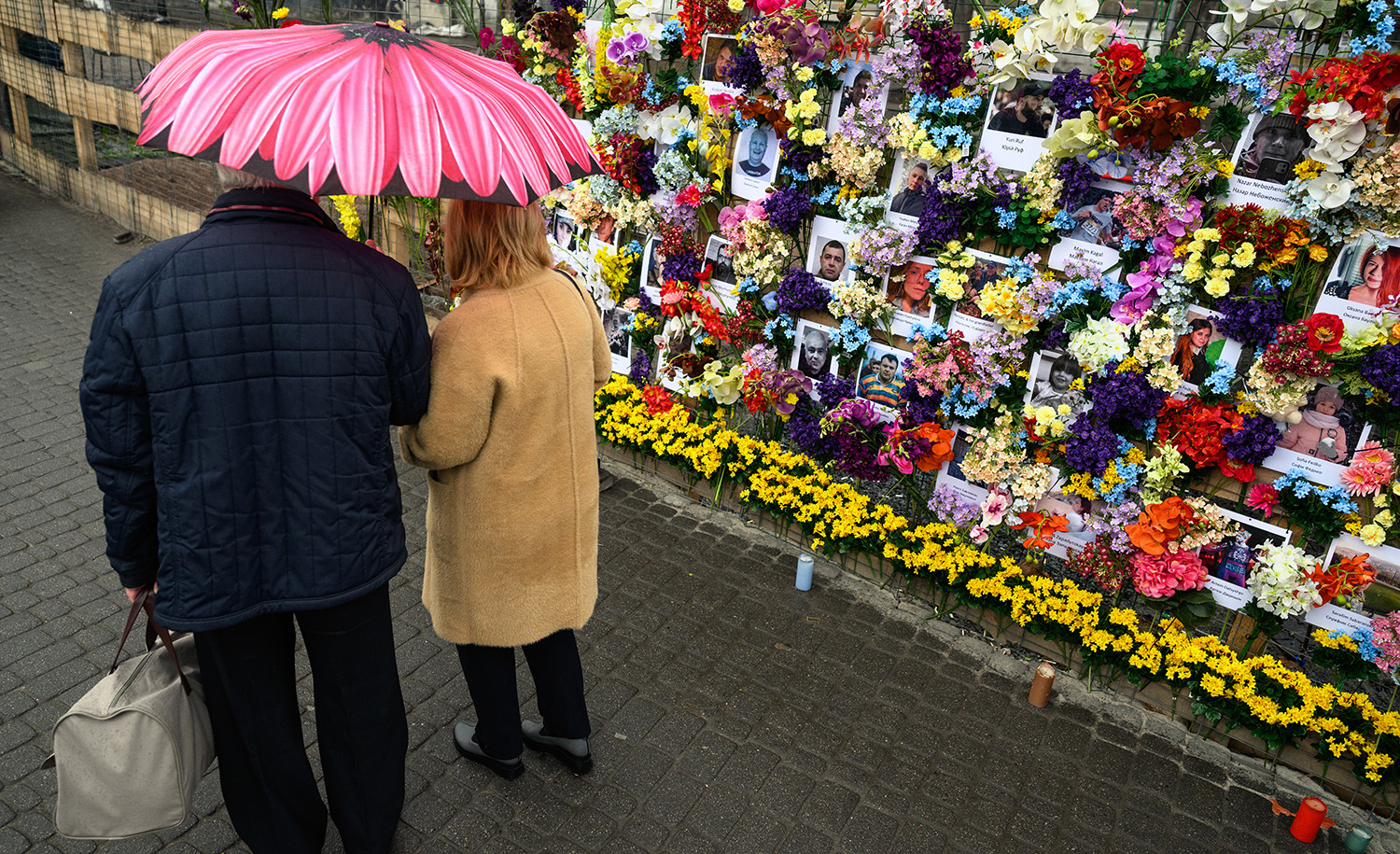 A floral memorial wall for Ukrainian civilians killed during the Russian invasion on April 24, 2022 in Lviv, Ukraine. Leon Neal/Getty Images.

Observation
Seth Mandel
About the author


Seth Mandel is the executive editor of the Washington Examiner magazine.

In his chilling address on the eve of Russia’s invasion of Ukraine, Vladimir Putin denied the very existence of a Ukrainian nation. The fact that there is a country called Ukraine, with a capital, a government, and ambassadors is, in his view, a tragic mistake, artificially dividing a single Russian people with arbitrary borders. The culprit, Putin explained, was Vladimir Lenin, the Soviet founding father who granted the USSR’s constituent republics the right to secede, among other elements of self-determination, and thereby sowed the seeds of the union’s downfall. “Why was it necessary to appease the nationalists?” Putin fumed. The question is rhetorical—Putin is no doubt well-versed in Lenin’s writings on the question of Russia’s “national minorities.” But he is likely unaware of the role played by another revolutionary political theorist and public intellectual in the development of Lenin’s perspective on nationalism: the novelist, journalist, and Zionist visionary Vladimir Jabotinsky.

What Jabotinsky Had to Say about Ukraine