An investigation, and a tribute to the 2022 Herzl Prize laureate Roger Hertog. 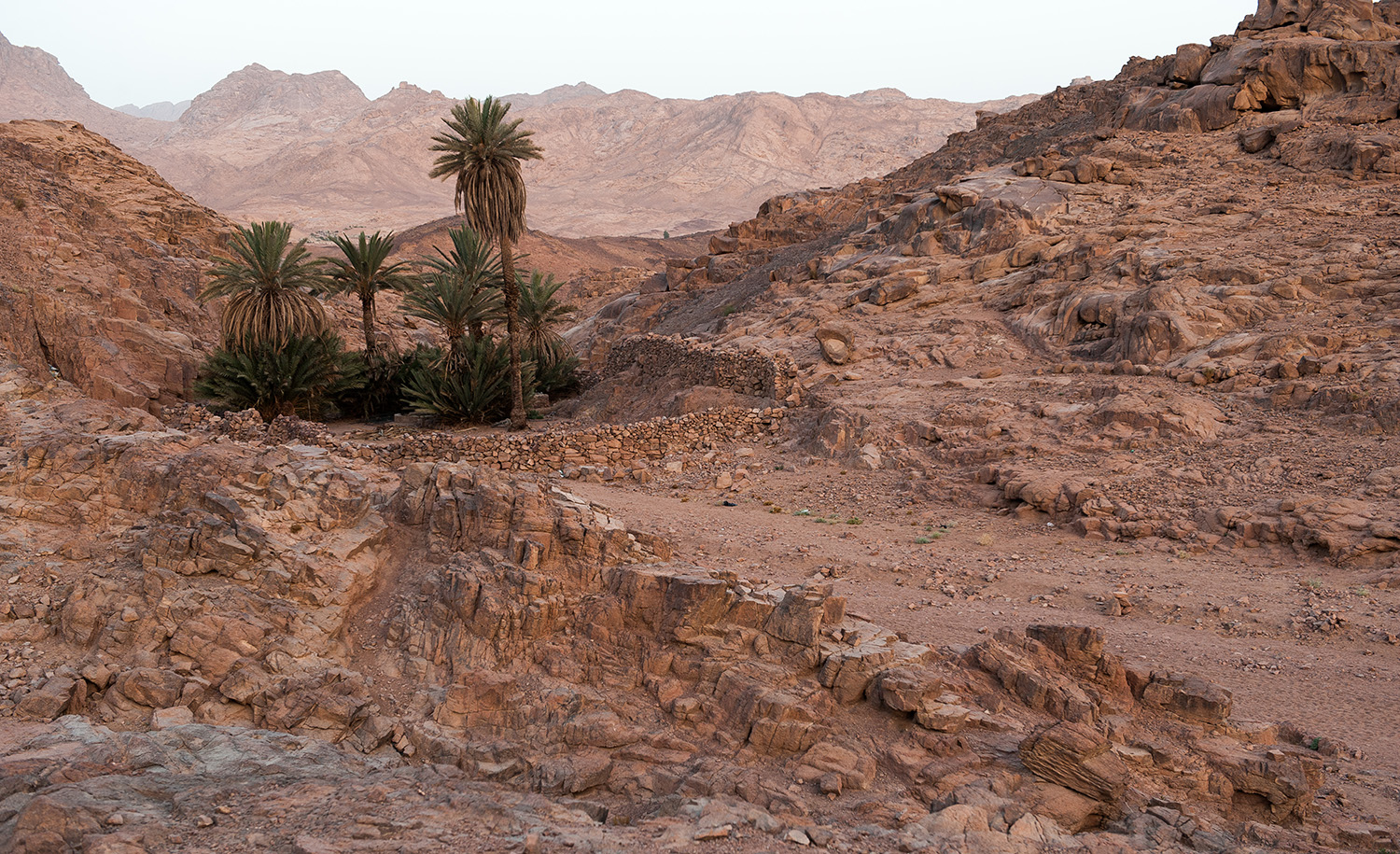 The Sinai desert on May 12, 2008. Matt Moyer/Getty Images.
Observation
Eric Cohen
About the author


Eric Cohen is executive director of the Tikvah Fund. He is the author of In the Shadow of Progress: Being Human in the Age of Technology (2008), editor-at-large of the New Atlantis, and a contributor to numerous publications.

I have often wondered why some of the greatest leaders in Jewish history grew up without traditional Jewish educations. They began life as Jewish outsiders. The greatest Israelite prophet of all—Moses—grew up in the Egyptian palace, presumably learning the arts of political leadership necessary to rule a people. The greatest Zionist of all—Theodor Herzl—grew up in the world of the Germanic gymnasium, where the habits of the aristocratic heart took shape, including living always with honor. The great sage, Rabbi Akiva, was an uneducated shepherd until middle age, whose remarkable wife stood by him for decades as he became a master teacher of Torah. Ze’ev Jabotinsky—the warrior founder of the Jewish state and Zionist youth movement—grew up immersed in high Russian and Western culture.

And Roger Hertog, the chairman emeritus of the Tikvah Fund, whom we honored last week with our Herzl Prize—well, he grew up in a small apartment in the Bronx. From unlikely beginnings, great Jewish leaders emerge. Or as we say in Hallel, the liturgy of Jewish celebration: “The stone the builders rejected has become the main cornerstone.” For Tikvah, for the Jewish people, for American conservatism—and for me: Roger Hertog is the main cornerstone.

My first meeting with Mr. Hertog was in 2006, alongside the influential American intellectual Yuval Levin. Mr. Hertog was already a legendary figure—certainly to two young men in their twenties, reared in the modern conservative movement. Seeing Roger was like visiting the godfather. He let each of us talk, fumbling anxiously to explain our backgrounds and our ambitions. And then he cut to the chase: there was an organization called Tikvah, and he was looking to expand its activities in the United States and Israel. Tikvah’s purpose was to advance Jewish ideas, educate future Jewish and Zionist leaders, and create a new Jewish conservatism modeled on other conservative institutions like the American Enterprise Institute, the Manhattan Institute, and the Public Interest. He was looking for someone to help lead this effort. If this prospect intrigued us, we should follow up. Simple. Direct. Inspiring.

Yuval Levin was the obvious choice: born in Israel, fluent in Hebrew, a careful reader of the Bible, and already emerging as the most serious conservative intellectual in the country. I, on the other hand, knew little about Judaism or Israel, except the growing intuition that the Jewish way of life is the truest way of life, and that the answers to life’s enduring mysteries were somehow to be found in recovering—or returning—to the path of Abraham, Moses, Joshua, and David. So I followed up, and eventually I got the job.

In short order, Roger and I developed a true partnership, thanks to his remarkable gifts as a teacher and mentor. He read everything—not only magazines and journals of ideas, but serious books of history and political thought, especially the biographies of great leaders. He shared his insights astutely and easily. But he mostly taught by example: how to think strategically; how to marry big ideas with practical strategies; how to understand people, because good ideas are meaningless without the right people to lead them.

It is this theme—leadership—that is most central to Roger’s legacy and to Tikvah’s mission. And so I return to my initial question: why have so many of the most important leaders of the Jewish people come in from the outside? Moses from the Egyptian palace, Herzl from the gymnasium, Akiva from the fields, Jabotinsky from the cosmopolitan circles of Odessa. How do such men become Jewish leaders?

Well, Roger, too, came in from the outside, and he only accepted his longtime partner Zalman Bernstein’s deathbed request to lead Tikvah with great reluctance. Roger himself knew little about traditional Judaism at that time. He didn’t speak Hebrew. He was not a “super Jew.” And yet this movement from the outside in has been the key to his leadership in so many ways, just as it was for Moses and Herzl and Jabotinsky before him.

Why does God sometimes summon the outsider to lead the Jewish people? Why does the stone the builders rejected become the main cornerstone? Because the outsider sometimes brings gifts, vision, toughness, and wisdom that are best acquired in the palace, in the wilderness, or even in the Bronx. And the very movement itself—from the outside in, from the fringes of Jewish life to the center—awakens a depth of recovered love and renewed commitment, an abiding faith in the Jewish people—that Roger Hertog exemplifies as much as anyone I know. Even when the Jews themselves are stiff-necked and impossible—and certainly when they are exceptional and worthy of their divine calling.

Roger’s leadership has also been shaped by his remarkable knowledge of history: the yearning to understand life’s meaning and purpose by studying the great figures and unfathomable events of the past. And here, too, divine Providence was surely at work. For Roger’s life—like so many Jewish lives—is a miracle in need of an explanation. His two parents, who separately escaped from Germany just in time to avoid the Nazi slaughter, only met each other by chance in America, where they then gave birth to an only son. Why? How? The wondering son, the boy from the Bronx, eventually needed to make sense of this miracle. He needed to understand how war and evil and bravery and redemption shape the human story, with Jews somehow always improbably at or near the center. Why? How? From a young age, Roger sought to make sense of the life he was given; and over time, he came to realize that the miracle of his being was also a message in a bottle: that he had a purpose, and that purpose was to serve the Jewish people and Jewish state. That purpose was Tikvah.

This sense of Jewish mission did not awaken overnight. The young Hertog was driven first by the desire to make money: not out of love of material pleasure, but as an assertion of independence and self-reliance. The middle-aged Hertog was devoted to conservatism: the recognition that productivity and prosperity alone do not preserve a good society, and that the “little platoons” of civilization—families, schools, religious institutions—are both fragile and indispensable. The mature Hertog became a Jewish conservative: he recognized that Jewish life, the Jewish state, and Jewish values were the most sacred—and yet most fragile—treasures of all. And for decades, Roger—alongside his wonderful wife Susan—have devoted their time, talent, wisdom, and resources to preserving our majestic Hebraic inheritance.

Nothing matters more to Roger than educating young Jews. At the Herzl Prize ceremony last week, we announced the creation of the Roger and Susan Hertog Scholarship Fund, created by a $1 million matching gift by the Hertogs themselves. This $3 million fund will serve one clear purpose: intensive educational programs for the most talented high-school and college students in America and Israel. It is a direct investment in young men and women with the drive to become Jewish leaders—and, I dare say, to follow the example of Tikvah’s previous Herzl Prize laureates: Natan Sharansky, Norman Podhoretz, Ruth Wisse, and now, Roger Hertog himself.

This is classic Hertog: on a day when we honored him, he and Susan transformed it into an occasion to advance the mission of Jewish and Zionist education. That generosity of spirit and clarity of purpose has changed many lives—certainly mine. And to continue with the Hallel: “This is the Lord’s doing. It is wondrous in our eyes. This is the day the Lord has made. Let us rejoice and be glad in it.”