Podcast: Hussein Aboubakr on the Holocaust in the Arab Moral Imagination

Mahmoud Abbas says that the Israelis committed “50 Holocausts” against the Palestinians. Why does he believe that, and what does the rest of the Arab world think about the Shoah? 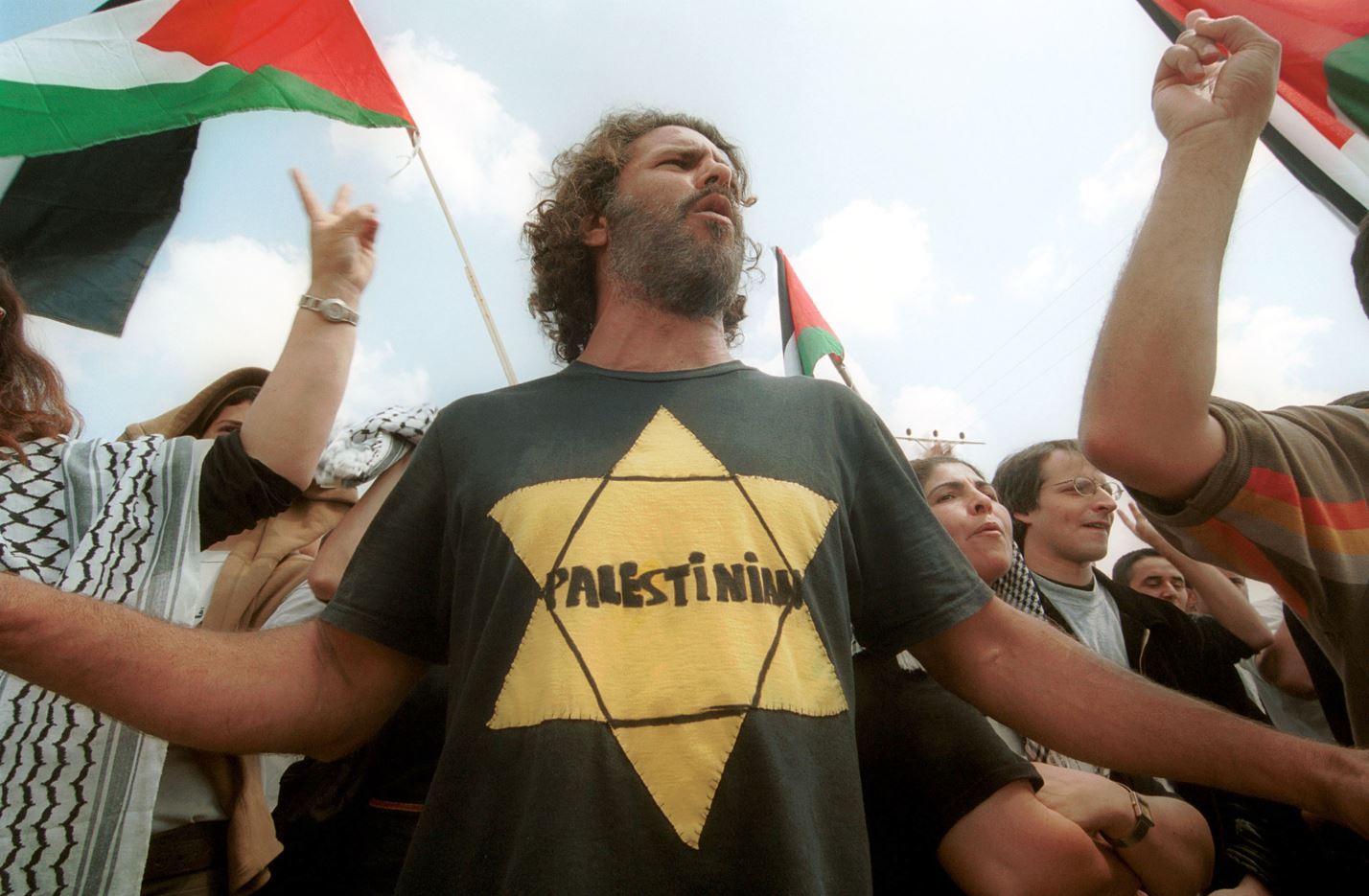 An man wears a yellow Star of David shirt with “Palestinian” written inside it while protesting at an Israeli checkpoint on April 9, 2002 near Jenin. Photo by Quique Kierszenbaum via Getty Images.

Observation
Hussein Aboubakr and Tikvah Podcast at Mosaic
About the authors


Hussein Aboubakr is an Egyptian American educator and a former political refugee. He works for EMET, the Endowment for Middle East Truth, and is an educator for StandWithUs. He is also a graduate student in international affairs at George Washington University.

Fifty years ago, at the 1972 Olympic summer games in Munich, eleven Israeli olympians were held hostage and murdered by members of the Palestinian terrorist group Black September. Recently, the Palestinian Authority president Mahmoud Abbas, while meeting with the German chancellor, was asked about the event and whether he would apologize for what happened. Abbas declined to apologize, and instead accused the Israelis of having enacted “50 Holocausts” against the Palestinians.

Why would Abbas, when asked about a crime Palestinians perpetrated against Israelis, reach for the Holocaust as a weapon? To answer that question, the Egyptian writer Hussein Aboubakr joins this week’s podcast. In conversation with Mosaic’s editor Jonathan Silver, he explains what Abbas and so many Arabs think about the Holocaust, and why, in the Arab mind, that event is inextricably tied up with the Israeli-Palestinian conflict, in a twisted logic that has brought many to believe that Israelis are the new Nazis and Palestinians the new Jews.

A lot of Arabs when they look at World War II believe that it’s something that happened over there to those people and we have nothing to do with it. And of course sadly I do believe that’s very inaccurate, not just because there were major battles that happened in North Africa but because of the influence of World War II on the entire globe—it was called a world war—and the influence of a lot of its ideologies, like fascism and Nazism, on Arab culture more specifically.

So when the issue of the Holocaust is considered [in the Arab world], it’s never seen in the context of World War II; it’s seen specifically in the context of Israel and the Palestinians. Since you [Arabs] are pro-Palestinian, and you support your Palestinian brothers and you’re against Israel, you automatically take a position that’s against Holocaust memory. Whether you deny the Holocaust altogether or, on the intellectual side, approve of the Palestinian narrative that the Palestinians are the real victims of the Holocaust [while Israelis are the new Nazis], or if you do other things. For example, if you’re really crude you can go with the “unfinished job” narrative—you actually say, you know what, it happened but it’s too bad that Hitler didn’t finish them off. You’ll find, for example, on MEMRI [Middle East Media Research Institute] a lot of videos of people talking like this. You’re not going to find it a lot in the intellectual discourse, you’ll find it more in popular culture.

Podcast: Hussein Aboubakr on the Holocaust in the Arab Moral Imagination