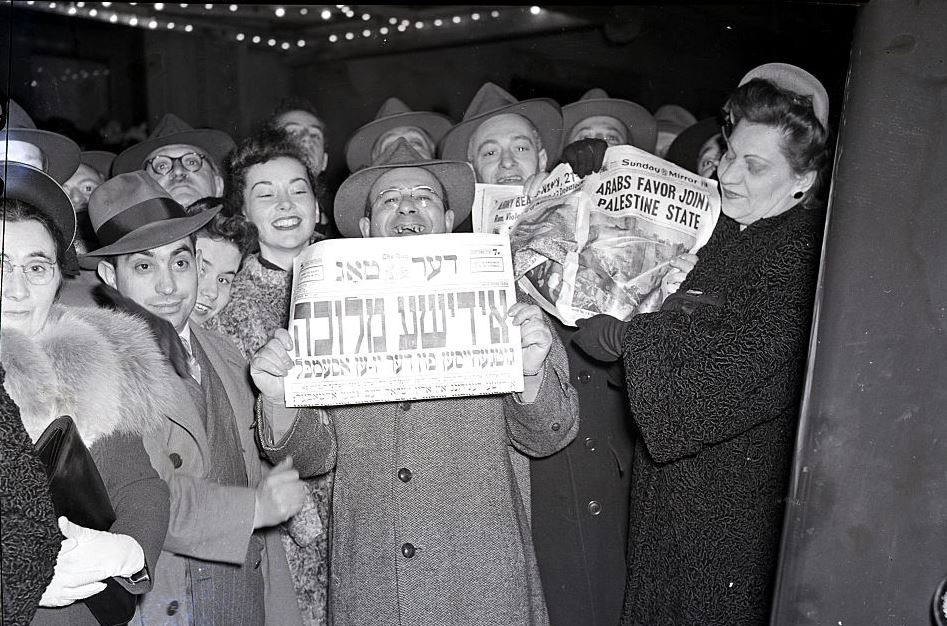 In 1947, a group of New Yorkers hold up Jewish newspapers that report the news of Israel’s independence. Via Getty Images.

Some of today’s most important ideas were first born in little magazines—magazines, that is to say, like Mosaic. How does that happen? And what is the role of a magazine editor, and does that role differ if the magazine in question is Jewish?

On this week’s podcast, we bring you the recording of a live discussion convened earlier this week between Mosaic‘s editor Jonathan Silver and Yoav Sorek, the editor of Hashiloach, a quarterly journal in Israel. Moderated by the writer David Weinberg, the two discuss the state of Jewish ideas, the biggest issues facing the Jewish people in their minds, and the differences between publishing for Jews who are a minority—as Mosaic does—and publishing for Jews who are a majority in their own state, as Hashiloach does.