What Should Israel Do Now That Its Neighbors Are Collapsing? 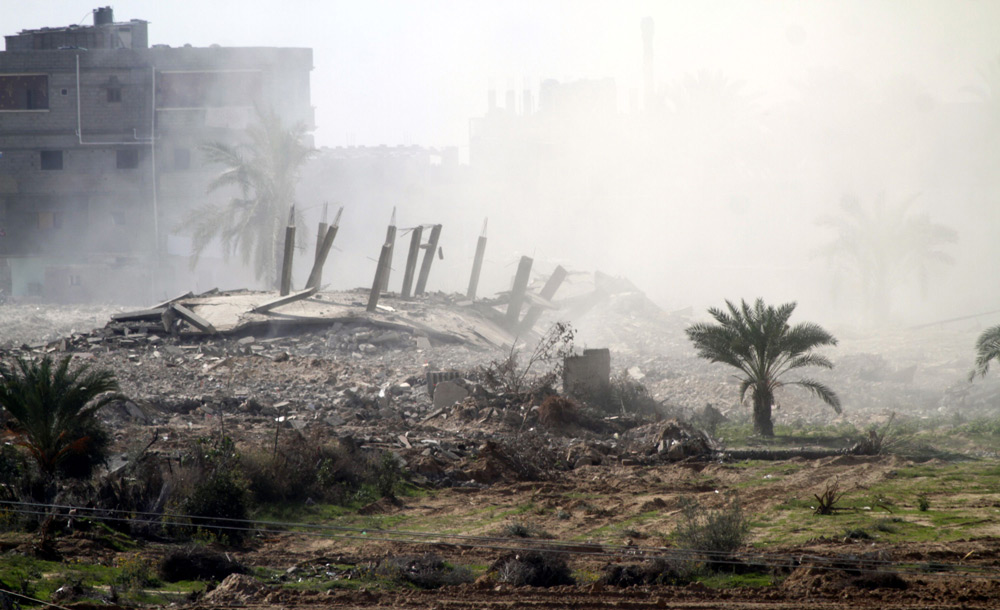 Smoke rises after Egyptian forces, in response to militant attacks, blow up a house in the border town of Rafah in November 2014.

Observation
Lazar Berman and Gidi Netzer
About the authors


Lazar Berman, news editor at the Times of Israel and a reserve infantry officer in the IDF, has written for the Journal of Strategic Studies, Commentary, and other publications.

Gidi Netzer, a colonel in the IDF reserves, is a long-time adviser to Israeli and non-Israeli political figures, military commanders, and intelligence services.

This past January, an Israeli airstrike on the Syrian Golan Heights killed up to twelve enemy fighters. These were not conventional Syrian forces, of the kind stationed across the mainly quiet frontier for decades. Israel’s pilots were after something new and far more troubling: Hizballah men (including senior commanders) and an Iranian general believed to have been scouting the border area for opportunities to carry out kidnappings, rocket attacks, and infiltrations into northern Israel. Meanwhile, in the very same volatile region, al-Qaeda-affiliated guerrillas and moderate Syrian rebels have been engaging in pitched battles with Hizballah and other Iranian-backed forces.

How America's Idealism Drained Its Jews of Their Resilience

What Should Israel Do Now That Its Neighbors Are Collapsing?

"There Are Too Many Jews on This Train"