As a new book shows, hatred of Jews can be infectious—and some of the worst carriers are Jews who defame their own people. 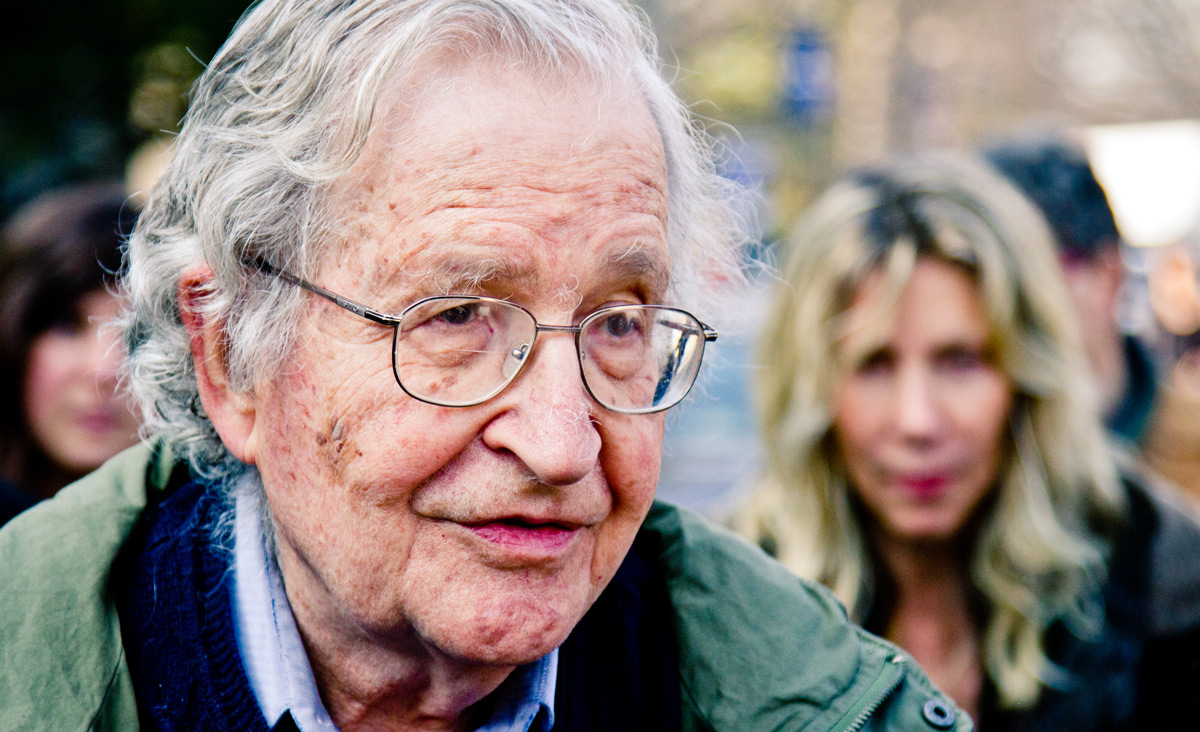 Observation
Gabriel Schoenfeld
About the author


Gabriel Schoenfeld, a senior fellow at the Hudson Institute, is the author of, among other books, The Return of Anti-Semitism (2004).

J Street is an organization that describes itself as “pro-Israel” and proclaims itself “devoted and committed to Israel’s future.” Yet, as Edward Alexander observes in an important new book, J Street “misses no opportunities to blacken Israel’s reputation and very few opportunities to encourage campaigns to delegitimize it.”

And J Street is not alone. Similar Jewish organizations, some without J Street’s pretensions to Zionist commitment, have been proliferating in recent years both here and abroad. In the United States, they include, among others, Jews for Justice for Palestinians, Jewish Voice for Peace, Jews against the Occupation, Jews for Free Palestine, Jews for Justice in the Middle East, and a multitude of local chapters, offshoots, and branches.

In Jews against Themselves, Alexander takes up the curious and disturbing phenomenon of his volume’s title. A professor emeritus at the University of Washington, Alexander is a distinguished student of American and English literature and an essayist whose erudition is ornamented by a coruscating wit. Among his highly regarded books is The Jewish Idea and Its Enemies (1988), an examination of the various intellectual strands—liberalism, rationalism, relativism—that, emerging from the Enlightenment, have long been in tension with, or in outright opposition to, central tenets of the Jewish tradition.

In Jews against Themselves, Alexander engages in a related project but one that entails turning over a rock. His inquiry examines the disfiguring yet critical subject of Jews who defame their own people. Over the centuries, Alexander writes, there has been “fruitful interaction” between Jewish apostates and the world’s anti-Semites, making for a distinctive Jewish contribution to “the politics and ideology of anti-Semitism” itself.

The pattern recurs with uncanny persistence. In the 13th century, Nicholas Donin of Paris left Judaism for the Franciscan order, where his first act was to help stir up Crusaders against his French coreligionists; thousands perished as a result. In the aftermath of Donin’s testimony against the Talmud in the so-called Disputation of Paris (1240), the Jews of France were compelled, on pain of death, to surrender their sacred rabbinic volumes to the flames. Later in the same century, the apostate Pablo Christiani prevailed upon King Louis IX to compel his former brethren, per papal edict, to wear an identifying badge. At the dawn of the 15th century, another apostate, Johannes Pfefferkorn, came to prominence preaching the message that “Who afflicts the Jews is doing the will of God, and who seeks their benefit will incur damnation.” Terrible afflictions followed.

But Alexander’s principal focus in Jews against Themselves is modern times, beginning with the 19th century. By that juncture, the route to treachery via the stations of the cross had been supplanted by the easier but still thorny route of assimilation. Alexander dwells on the example of Karl Marx. Born a Jew, baptized at the age of six into the Lutheran church, militant atheist by conviction, yet contemptuously regarded by many as “the Jew Marx,” the revolutionist unleashed his fury first and foremost on his former kinsmen, particularly if they happened to be his political or intellectual rivals. To Marx, the social democrat Eduard Bernstein was “the little Jew Bernstein,” the socialist Ferdinand Lassalle was “a descendant of the Negroes who attached themselves to the march of Moses out of Egypt (assuming his mother or grandmother on the paternal side had not crossed with a nigger”), and Polish Jews, who multiplied like lice, were the “filthiest of all races.”

In the 20th century and especially in our own, the self-repudiation of earlier Jewish apostates has taken a novel turn. Even while retaining its trademark spite against the Jews, with the state of Israel most frequently serving as a convenient stand-in, it often does so while waving the banner of Judaism or Jewish “values” themselves. Alexander quotes Cynthia Ozick’s pithy summary of the phenomenon: whereas “the Nicholas Donins and Pablo Christianis of ages past ran to abandon their Jewish ties even as they subverted them, . . . the Nicholas Donins and Pablo Christianis of our own time run to embrace their Jewish ties even as they besmirch them.”

Much of Jews against Themselves is an excursion through the various ways the historical inversion identified by Ozick has played out in our own time. Thus, “Zionists against Israel” is the ironic oxymoron that Alexander employs to describe Jews who proclaim their love of Israel even as they slander it. One of his targets is Peter Beinart, dubbed by an acolyte “the soul of J Street” and author of The Crisis of Zionism (2012), which argues that Israel’s worst (and sole) enemy is itself. “Beinart calls himself a Zionist, but a ‘democratic’ one,” writes Alexander, with the latter phrase giving him license to lambaste Israel at every turn. For instance, although Israel withdrew from Gaza in 2005, uprooting its own citizens in a national trauma and at great expense, Beinart insists that the territory remains “occupied” because Israel maintains a “blockade” from the sea. Alexander is scathing:

Could Beinart possibly be unaware that Hamas goes to war against Israel every two to three years not because it is “resisting” a non-existent occupation or that it expects military triumph by firing thousands of rockets at Israeli civilians? Rather, it goes to war because it knows that Israeli counterattack to stop the rockets and destroy the tunnels will inevitably bring civilian Arab deaths and the ensuing propaganda triumph provided by liberals (especially Jewish ones), for whom all Palestinian barbarities are proof of Israeli malevolence.

Alexander also devotes several chapters to the Boycott, Divestment, and Sanctions (BDS) movement, which has singled out Israel, of all the world’s countries, as the only one deserving expulsion from the family of nations. Some of the Jews spearheading this boycott exhibit with astonishing fidelity, writes Alexander, “the outer trappings of medieval apostasy.” Thus, Marc Ellis, an avid BDSer of the academic persuasion, and formerly the director of Jewish studies at Baylor University, proudly spent a Yom Kippur repenting not his own transgressions in the sanctity of a synagogue but “publicly confessing the sins of (other) Jews against Palestinian Arabs” in front of a Christian audience.

The Jewish apostate of the Middle Ages, writes Alexander,

was especially useful to his new church if he was learned and could read Jewish texts, or had himself been a practitioner of what Christians deemed Jewish treachery, and therefore knew it from the inside. Moreover, according to Jewish law (halakhah) itself, he was still a Jew despite having forsworn his old loyalty and identity, and so brought a powerful authenticity and reliability to his slanderous revelations about Jews.

The Jewish apostates of our modern age, with varying degrees of accomplishment and Jewish identification, play an analogous role toward Israel, the Jew of the nations. To the Israel-haters multiplying in the Muslim world, in Europe, and in academic precincts here in the United States, the Ellises, the Noam Chomskys, the Judith Butlers, the Glenn Greenwalds, and others are the “good Jews,” those whose written and spoken words are “evidence” proving the most fantastical claims about satanic Israel: that “Tel Aviv” (according to Richard Falk) was behind the Boston Marathon bombing; that Israel (according to Norman Finkelstein) has performed Mengele-like medical experiments on Palestinian prisoners; that Israel (according to Philip Weiss) is a “blot on civilization,” its very existence an act of aggression and a cancer that must be extirpated from the face of the earth.

What accounts for such pathology? One can understand the impulse that led some to abandon the faith of their fathers when, in the medieval world, Jews were confronted with the demand to convert at the point of the sword. The miracle is how many stood firm, and how few even of those who chose baptism over death went on to betray their former kinsmen. Modern apostasy-cum-betrayal is more of a mystery.

Alexander has no single explanation, and for good reason: there is no single explanation, though fleeting clues reside in the fog of individual human psychology. Here and there, we are able to gain a glimpse of the nature of the derangement. Karl Marx offers one. “Self-contempt,” he wrote as a young man, “is a serpent constantly gnawing at one’s breast. It sucks the lifeblood out of the heart and mixes it with the venom of the hatred of man and of despair.” These revealing words, as Alexander notes, “prefigure [Marx’s] own psychic fate.”

A far lesser figure in the history of Western thought, the late New York University professor of history Tony Judt, offers a glimpse from another direction. Not long before his death in 2010, Judt had magisterially called in the New York Review of Books for the dissolution of the Jewish state, as if its disappearance would be of no moment to the millions of living, breathing Jews dwelling in that land. “Today,” Judt wrote in justification of his proposal,

non-Israeli Jews feel themselves once again exposed to criticism and vulnerable to attack for things they didn’t do. . . . The behavior of a self-described Jewish state affects the way everyone else looks at Jews.

This is apostasy rooted not in dread of death by saber or fire but in the anguish of social ostracism, the agonies of awkwardness at a dinner party or in the faculty lounge. Alexander comments mordantly: “Judt saw nothing ‘disproportionate’ in recommending politicide—the end of Israel—as the cure for his insecurity”—or, one might add, as a prop for his self-esteem.

After reading chapter upon chapter of Alexander’s account, one puts down this volume in a mixture of alarm and revulsion. We live in an era when survivors of the greatest catastrophe ever to befall the Jewish people are still living among us, yet a small but influential cadre of Jews, mimicking the disreputable conduct of a smaller number of their forebears, are fortifying the intentions of today’s most virulent anti-Semites, including the genocidal among them. Hatred of Jews, a lengthy history suggests, has an infectious character. By the evidence compiled here, the virus has found a ready host even in some of those whom it would first destroy.